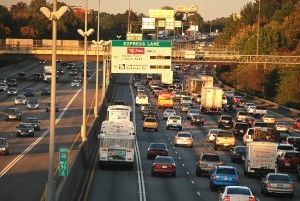 The $2.5 million allotted by the state to help pay for the operation of Atlanta-region Transit Link Authority is among the potential reductions due to state budget cutbacks ordered. Rile/Credit: GRTA

As MARTA and its advocates in Gwinnett County look beyond the unofficial negative transit vote Tuesday, the Trump administration is looking forward to a transportation future replete with innovations including hyperloops and autonomous vehicles – albeit with no details about how to pay for it or the nation’s existing infrastructure needs. 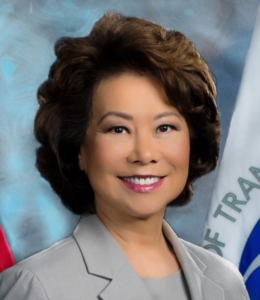 At the South by Southwest event in Austin, federal Transportation Secretary Elaine Chao on March 12 addressed emerging transportation technologies. According to the program, these technologies include:

To promote the development of these technologies, Chao said the federal government will try to get out of the way of inventors and entrepreneurs. Chao announced the formation of an internal entity that is to identify and resolve any regulations that could impede progress. Chao fleshed out the proposal in this one remark from the statement:

Evidently, this panel is to work on the “cutting edge industries of the future” the president cited in his Feb. 5 State of the Union address. Trump said the word “infrastructure” four times in the prepared remarks provided by the White House, including these three references:

GRTA buses will continue to serve Gwinnett County in the wake of the transit referendum that voters rejected Tuesday, according to unofficial results. Credit: GRTA

Meantime, the nation’s public transit needs exceed $232 billion, according to a March 18 report by the American Public Transportation Association. MARTA has $3.75 billion in projects on the list, none of them in Gwinnett County.

Civil engineers put a $2 trillion price tag on the nation’s shortfall in areas including bridges, highways, transit, electric grid and water pipes, according to a Feb. 5 report by the American Society of Civil Engineers.

Meantime, the fate of a national spending plan for infrastructure remains pending.

The House is developing a strategy to move funding legislation early this year through its Ways and Means Committee. The committee met March 6 to convene its first meeting in nearly a decade to discuss infrastructure, according to a report by the ASCE.

Gwinnett County voters, in results that election officials still have to certify, rejected a proposal to sign a deal with MARTA to provide rail and bus transit. The deal envisioned extending a rail line to the corner of I-85 and Jimmy Carter Boulevard, and expanding bus service throughout the county.

Voters turned down the plan by the following margin, according to the county’s published election results:

The voter turnout was relatively high by local standards – 16.92 percent. That represents 91,982 ballots casts by 543,485 registered voters. Final results likely will be available before the weekend.