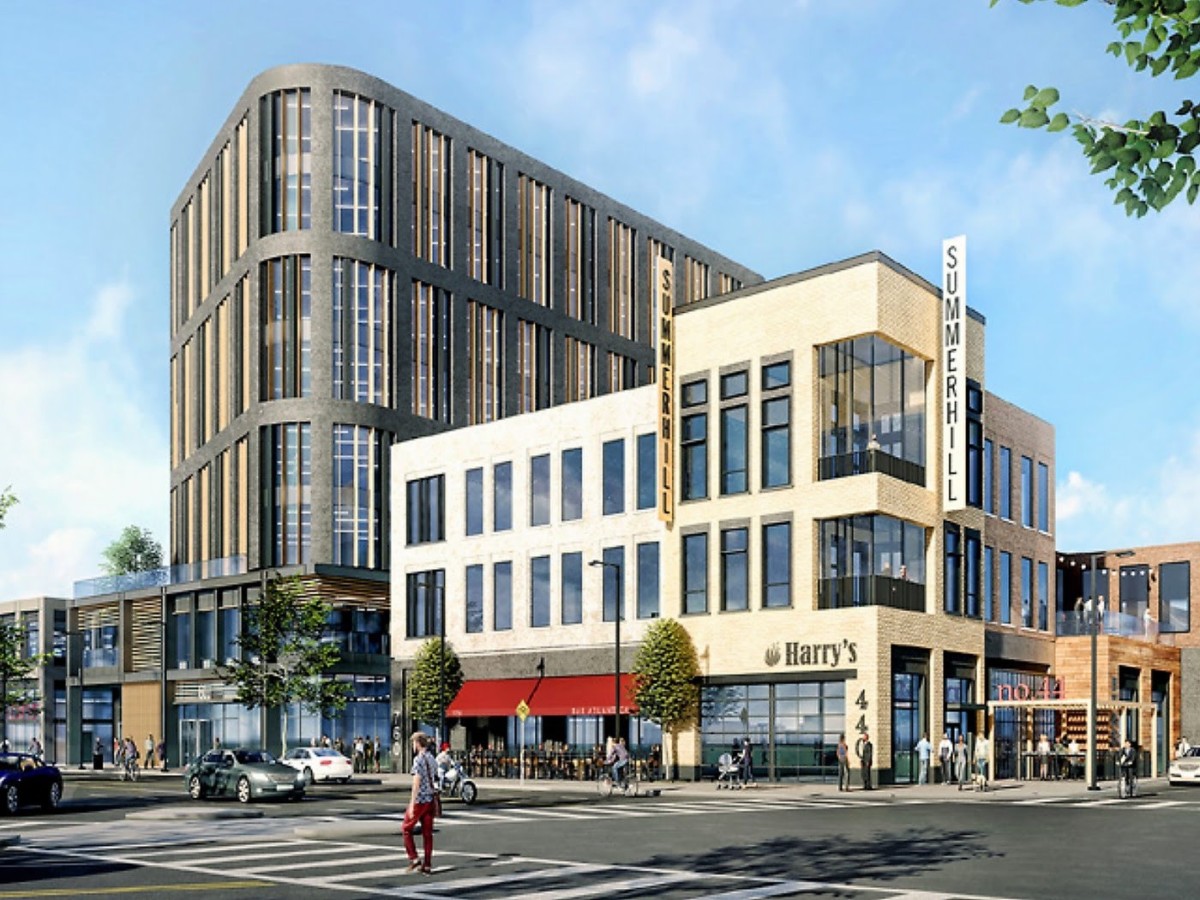 It’s 2018, and the massive amounts of large-scale developments in Atlanta astound both long-time residents as well as newcomers.

The current pace of development rivals any of the other construction booms that Atlanta has had at any time in the modern era.

In addition to those, there are scores of other developments of apartments, condominiums and new single-family homes.

The danger is that we are replicating the suburban aesthetic and cultural environment of decades past by focusing on parking, car-oriented retail and a suburban design ethos with little regard for how these design choices work within the city.

One example is the recent 2017 sale of Underground Atlanta to South Carolina-based WRS Realty, which is mostly known for suburban strip malls anchored by Walmart and cellular providers. (story continues below) 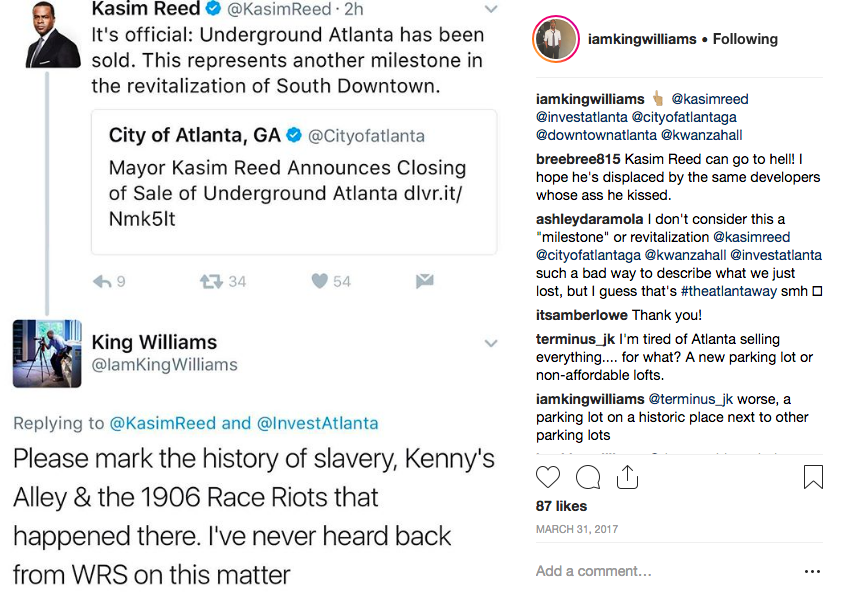 WRS is tasked with redeveloping one of Atlanta’s most historic sites, which includes the preservation of the older existing buildings. But it is now unclear whether WRS plans to document the historic events that occurred at Underground, such as the Civil War, its history as a transit hub, the 1906 Race Riot or the area’s history in the 1970s as a destination for nightlife.

Former Atlanta Mayor Kasim Reed and Atlanta City Council drew the most ire because of two positions: first, allowing for 2,000 additional parking spaces and second, the ‘abandoning’ of the public streets surrounding Underground to be privately ‘monitored and developed’ by WRS Realty. 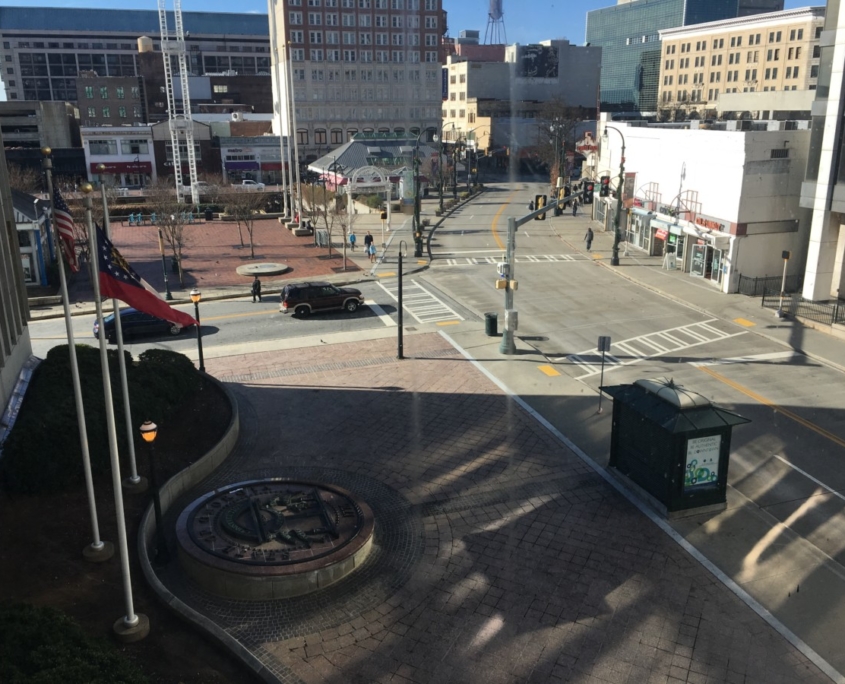 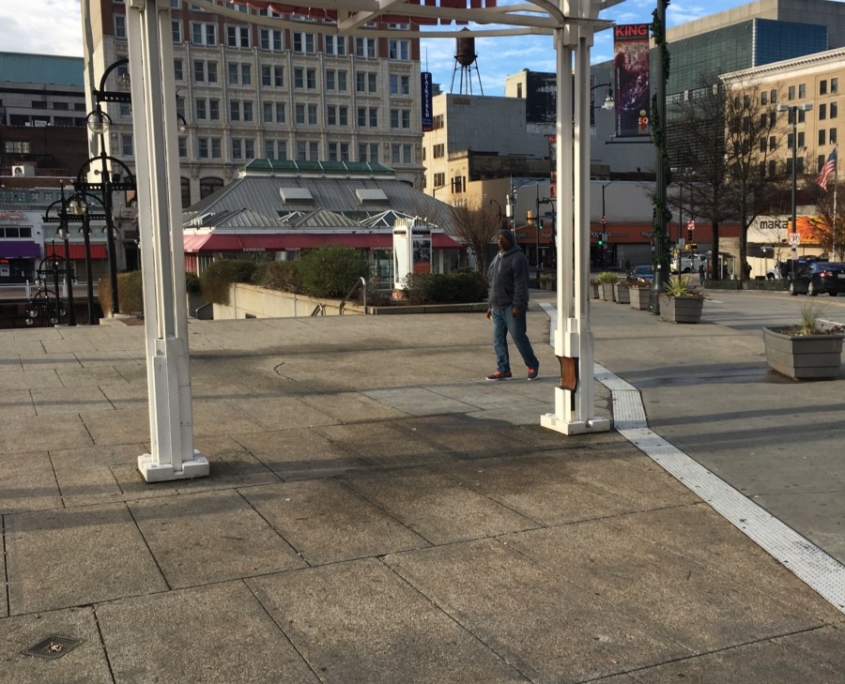 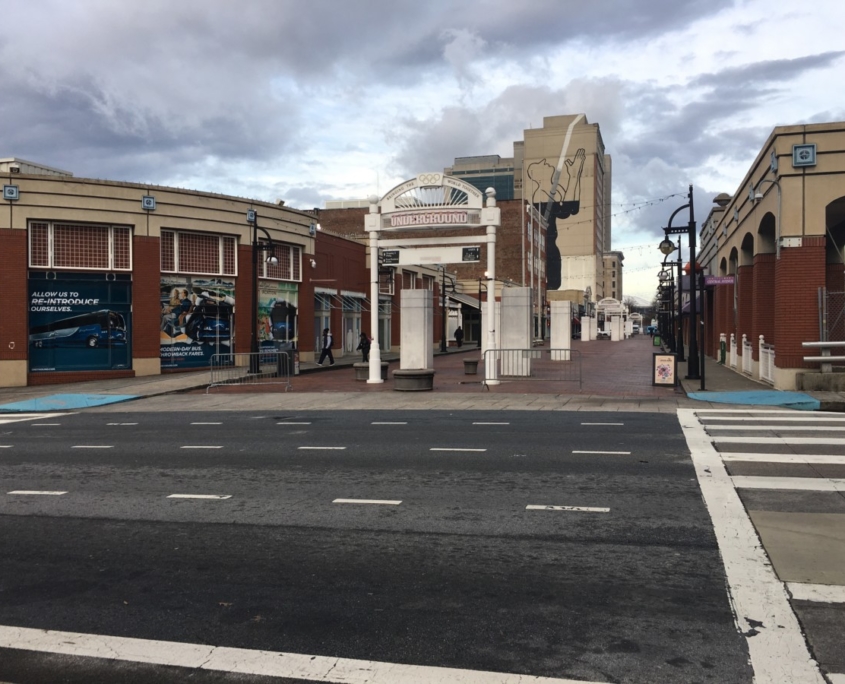 Just west of Underground Atlanta lies the Gulch, a 28-acre site that was home to Terminal Station and backs up to the Five Points MARTA station.
California-based CIM is proposing to redevelop the Gulch, also ground zero of Atlanta’s history, into a retail, residential, office and entertainment complex.

This proposal misguidedly calls for the building of 8,000 additional parking spaces, but the developer would not be required to develop a multimodal transit station. The development also would allow for privatized city streets as well as water and sewage infrastructure, in addition to $1.75 billion in tax credits. 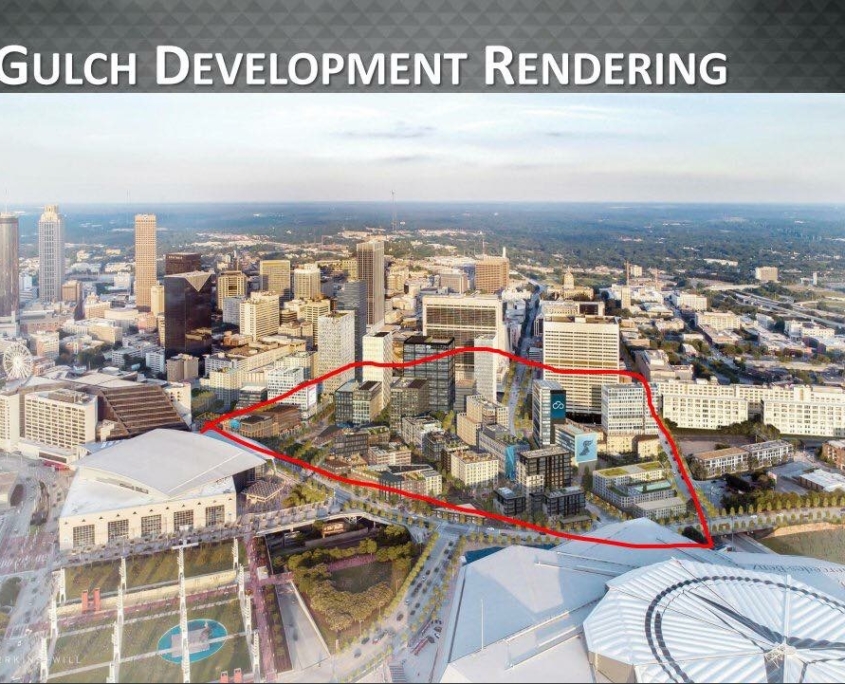 Additionally, the current Atlanta Beltline proposal at the border of Chosewood Park and Grant Park calls for the development of surface parking as well as proposed public storage units directly on the site of the Beltline.
Directly across from Centennial Olympic Park, a building that was the home of the first recorded country music song could be demolished to build a Jimmy Buffett’s Margaritaville and hotel…full stop, a Margaritaville?

In downtown, we also have another new parking deck that has opened for city and state workers near the State Capitol. And there is the new Judicial Center (that could be named after Gov. Nathan Deal) that will open in 2019 across the street from that parking deck. 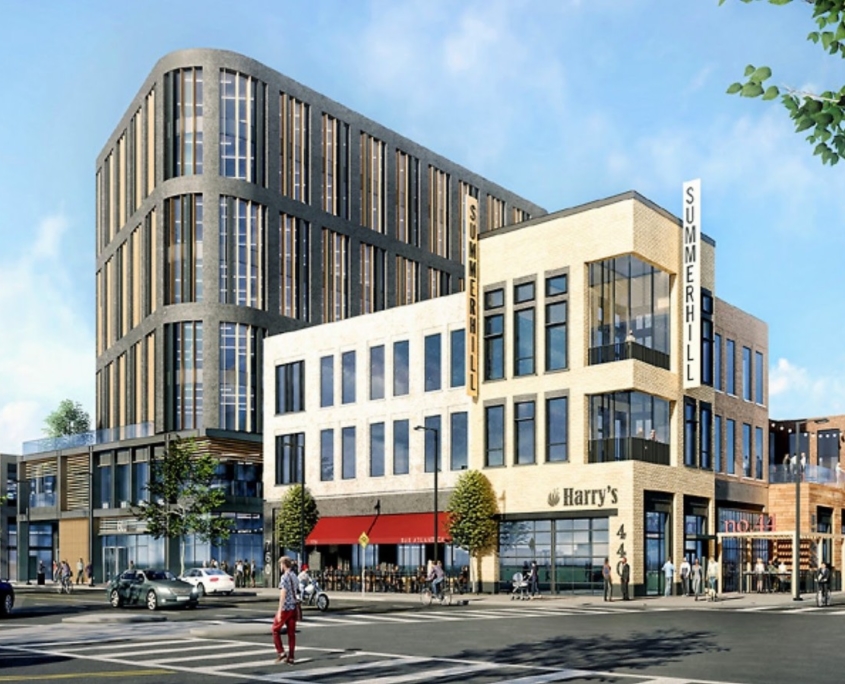 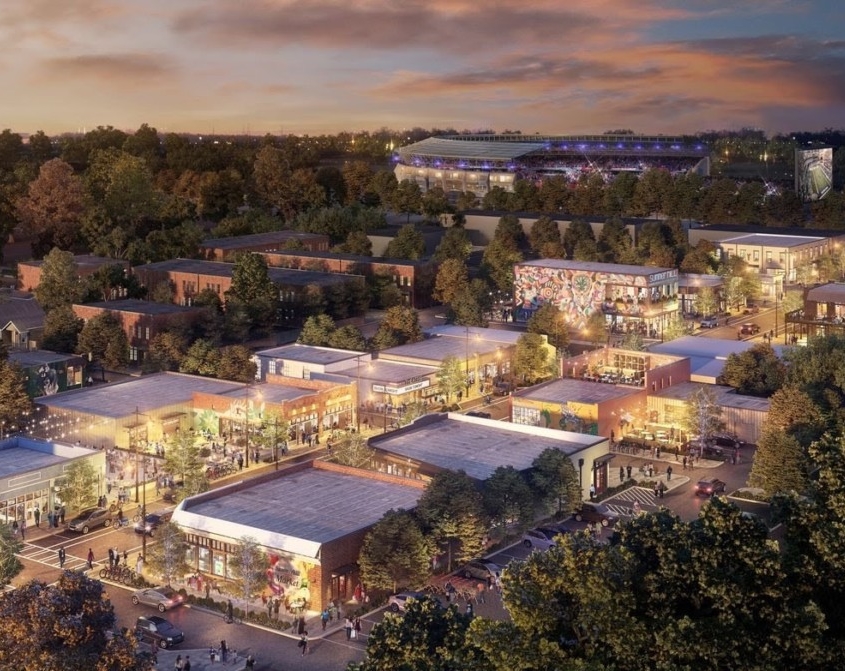 Privatized city streets, massive amounts of additional parking, public storage units, big box retailers with a lack of higher-density towers has me wondering if the city actually knows what its doing. Free or low-cost, suburban-styled parking abounds in the city.

With these car-oriented developments, Atlanta will lose money in the long run because it will not have the density it needs for future growth.
In some parts of the city, there are restrictions to expand multifamily housing developments while allowing the continued building of single-family homes
with few restrictions. In contrast, the city should require safe and adequate sidewalks in every neighborhood. 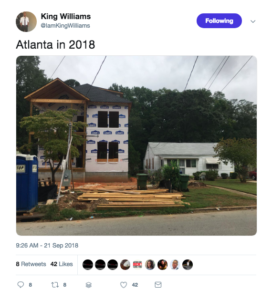 Using streets as privatized, country-club gatekeepers ultimately harms the city by restricting who can be a part of a community. In the past, suburban-style developments were designed to discourage black people from entering those gated communities. Combined with the historical white flight of Atlanta during the 1950’s through 1970’s, the city should be more proactive in reinvesting in the long time residents who’ve stayed and benefit from these new developments.

The urban versus suburban design of the city is outside of the questions related to housing affordability, residential displacement, cultural and historic erasure – all issues we need to address as we develop our city.
The good news? We still have an opportunity to build a better Atlanta – as a city, not a suburb.