MARTA Army wants you! (To evaluate your bus stop)

Members of the MARTA Army and other transit advocates invoked Rosa Parks on Tuesday, kicking off a campaign in the spirit of promoting transit as a civil right.

“Rosa Parks pushed the idea of allowing all to have just, efficient and equitable access to transportation, and we at MARTA Army follow in her footsteps,” said Bakari Height, a co-founder of the MARTA Army.

He was speaking on the Tuesday anniversary of Parks’ birth, celebrated now as Transit Equity Day.

The nonprofit, independent grassroots “MARTA Army” was built by transit riders who are helping each other and others and MARTA itself work on improving the metro Atlanta transit experience.

The Army’s latest campaign is to crowdsource data on bus stop conditions — a first step toward making stops better. They want to know whether a smooth, accessible sidewalk serves the stop (or not), whether people are darting across busy streets to reach a stop, if it’s shady or hot, if it’s covered in graffiti.

Folks can say anything they want about their stops. The survey is at busstopcensus.com.

“Although 78% of MARTA riders are black, many black residents still struggle to access the city bus lines, which fail to stretch deep enough into the black suburbs,” said Amani Southerland of Georgia Stand-Up. And lots of sidewalks are in poor condition, where they exist, that is.

“We should be focusing on our legacy residents who’ve been here, who’ve been waiting for change,” Southerland said. “Many of them use MARTA to get back and forth from work, but there aren’t enough routes to accommodate them, nor are there enough routes in their neighborhoods.”

Carden Wyckoff is tired of waiting for the day when she can use transit and sidewalks around the clock. But what she faced on Tuesday morning was all too common: a broken elevator on MARTA, leaving her to find another way upstairs in her wheelchair.

“Together we rally today to honor Rosa Parks’ legacy,” Wyckoff said. “And continue to break down barriers in order to provide transit equity: transit that is sustainable, affordable, accessible, reliable and safe for the entire community.”

MARTA, for its part, often hears complaints about the lack of benches or shelters at bus stops, paratransit shortcomings and broken elevators. In 2019, the agency started a five-year program to  add 1,000 new bus shelters and other amenities across the system. The agency is also replacing part of its paratransit fleet and has bought new shorter buses for neighborhood routes.

But the constraint it often cites is cost — that it’s expensive to operate a transit system, but there’s only so much money from local sales taxes, the federal government and fares.

MARTA doesn’t have control over the things around its stops, like sidewalks, crosswalks or trees.  The city of Atlanta has been sued by wheelchair users, who complain that the sorry state of  sidewalks denies them equal use of the city. 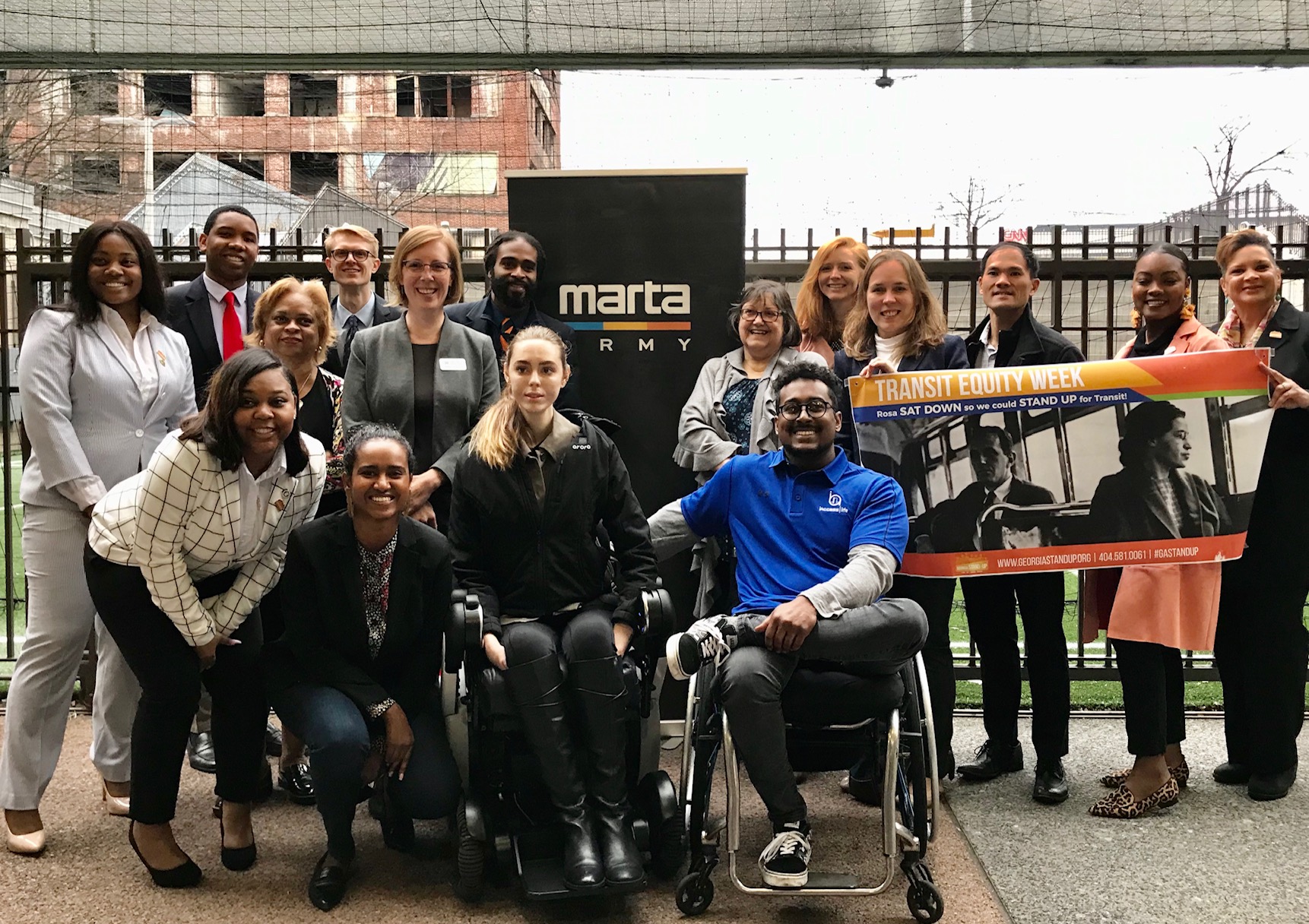 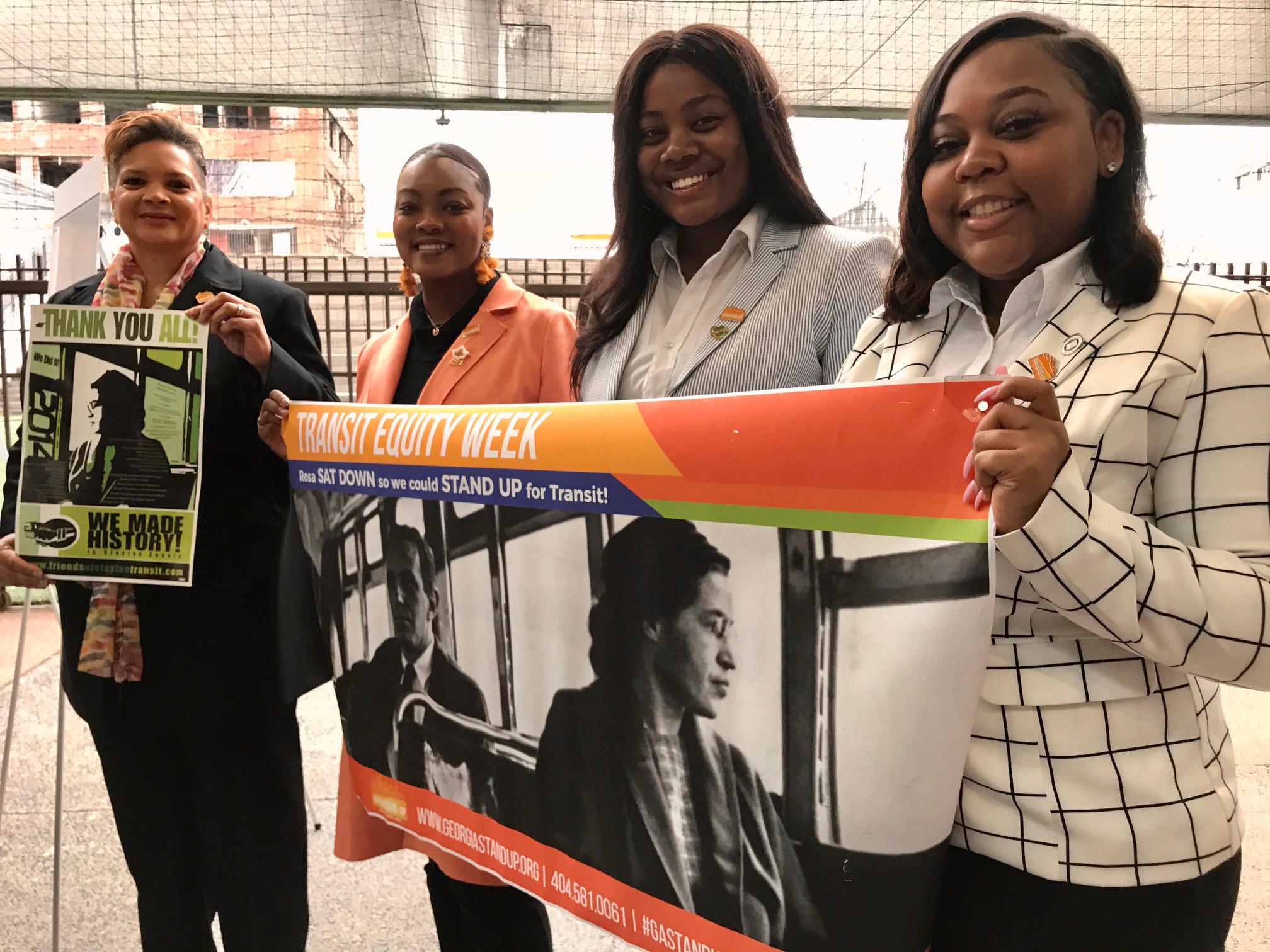 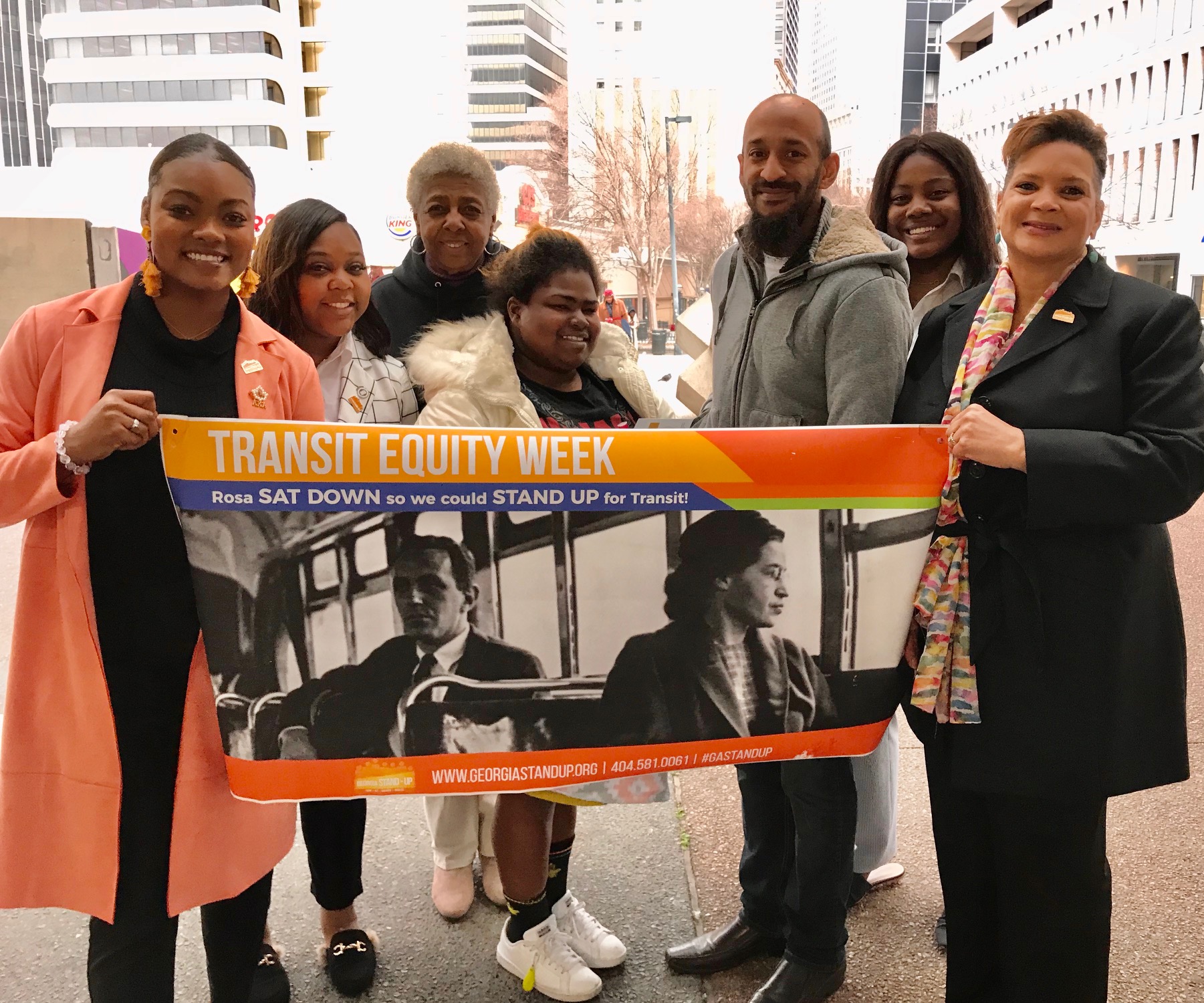 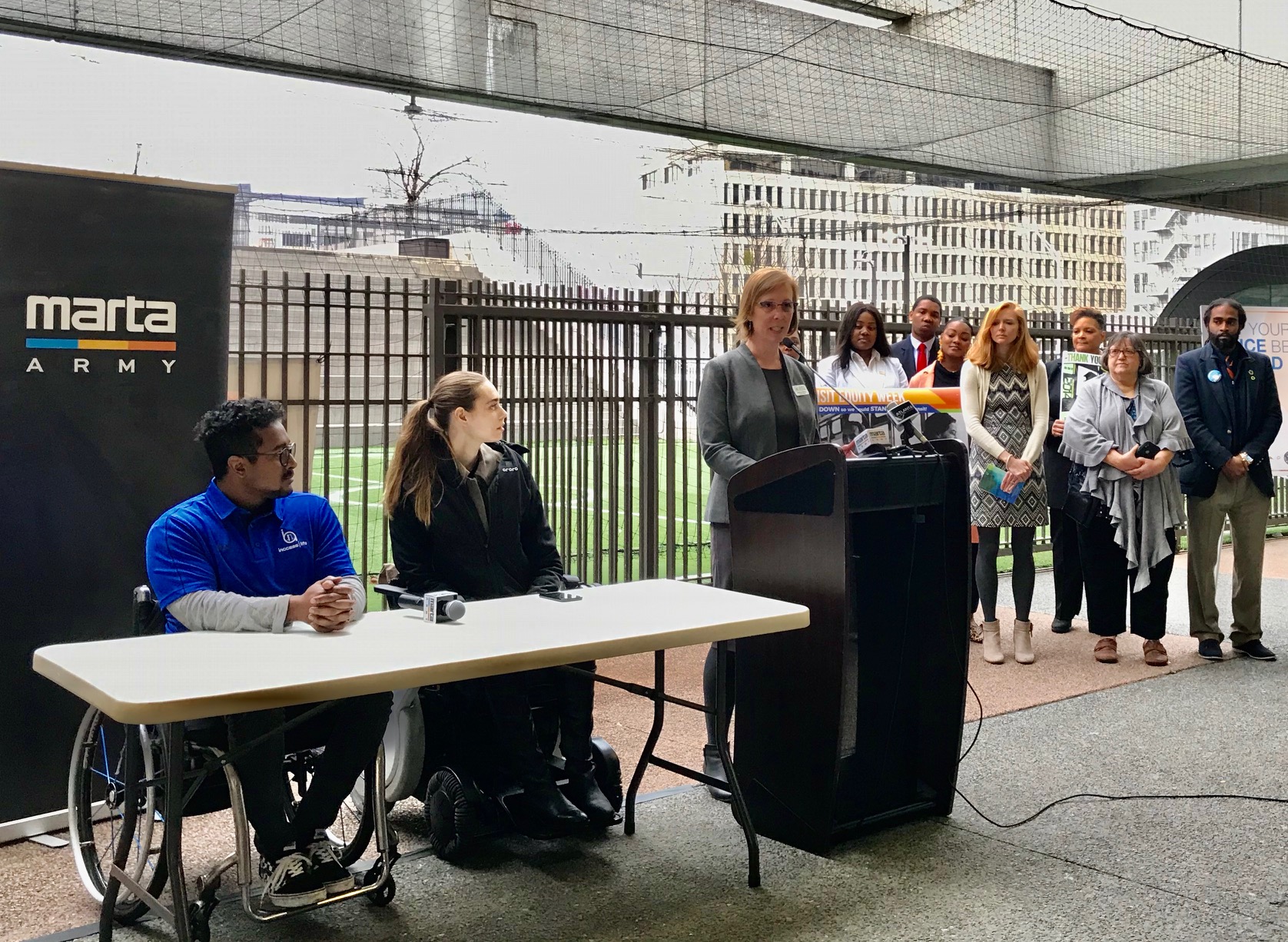 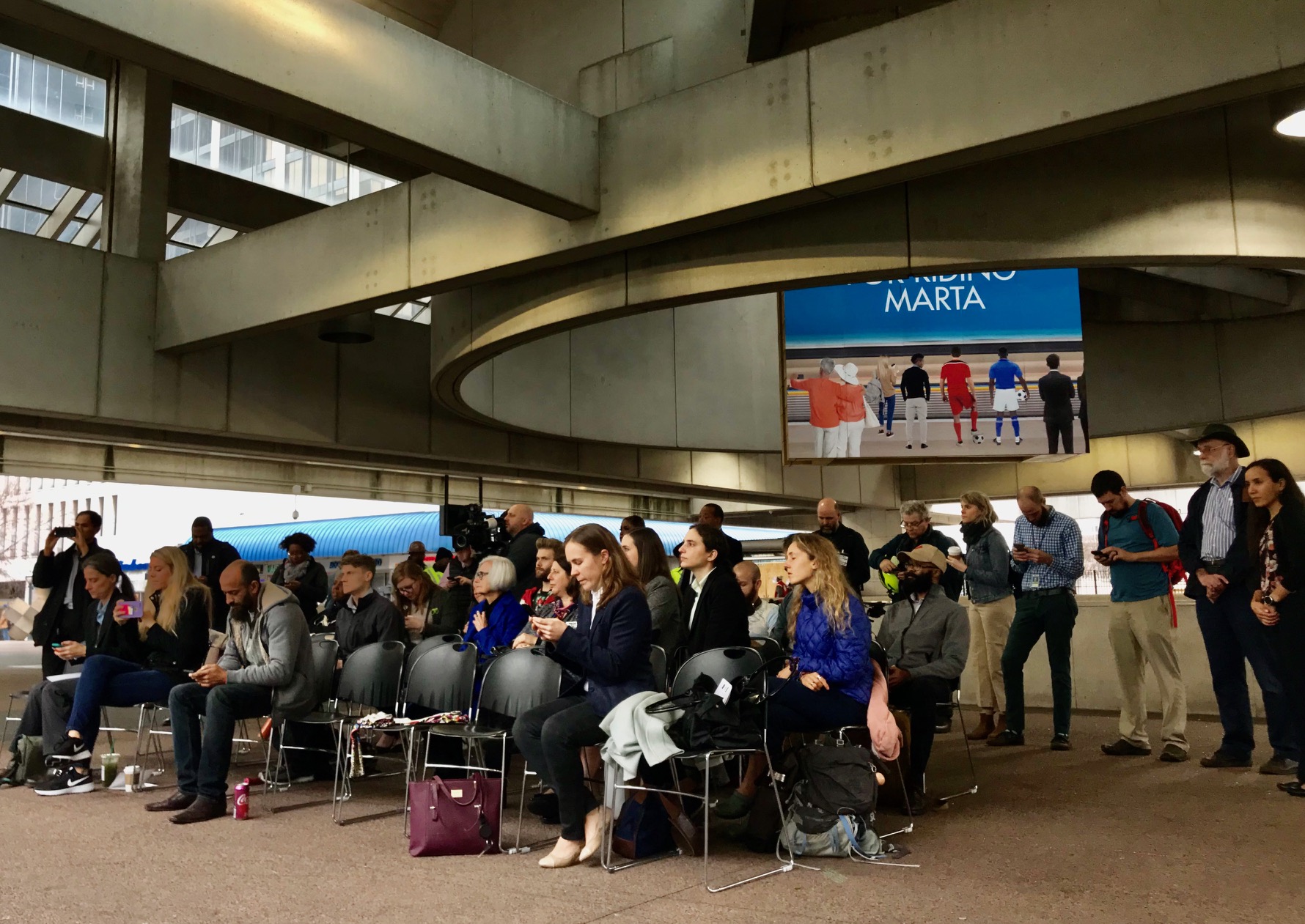 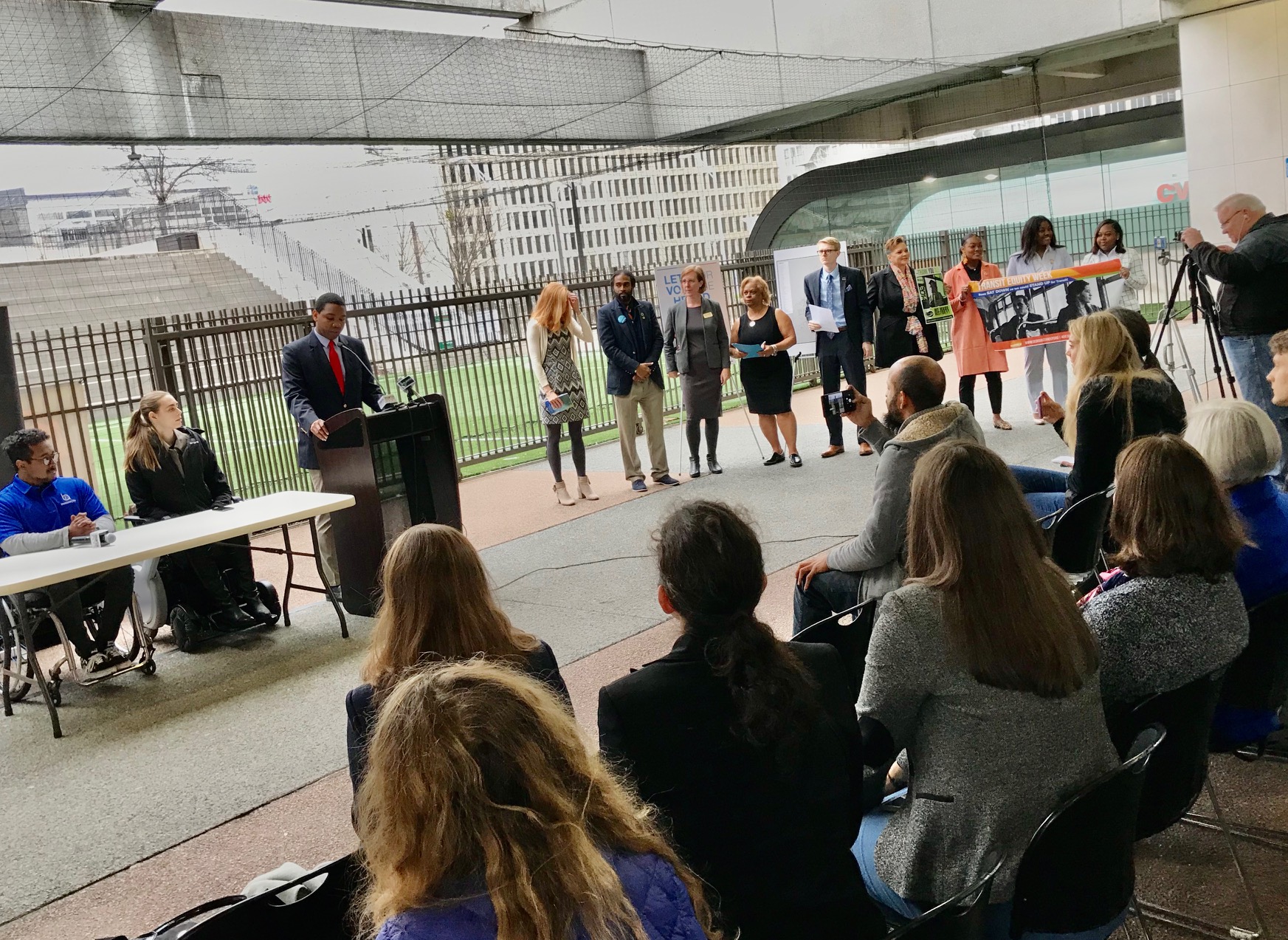 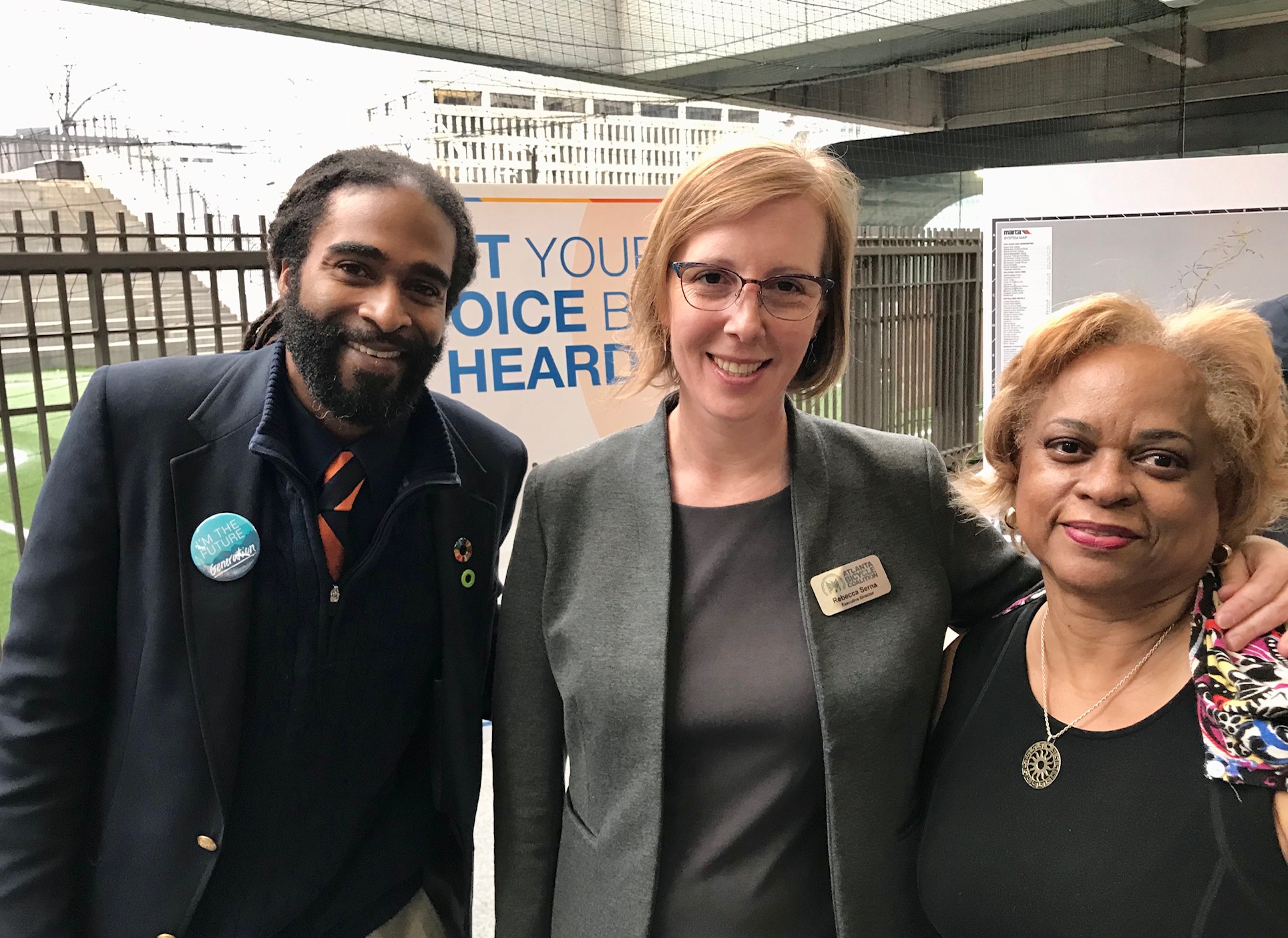 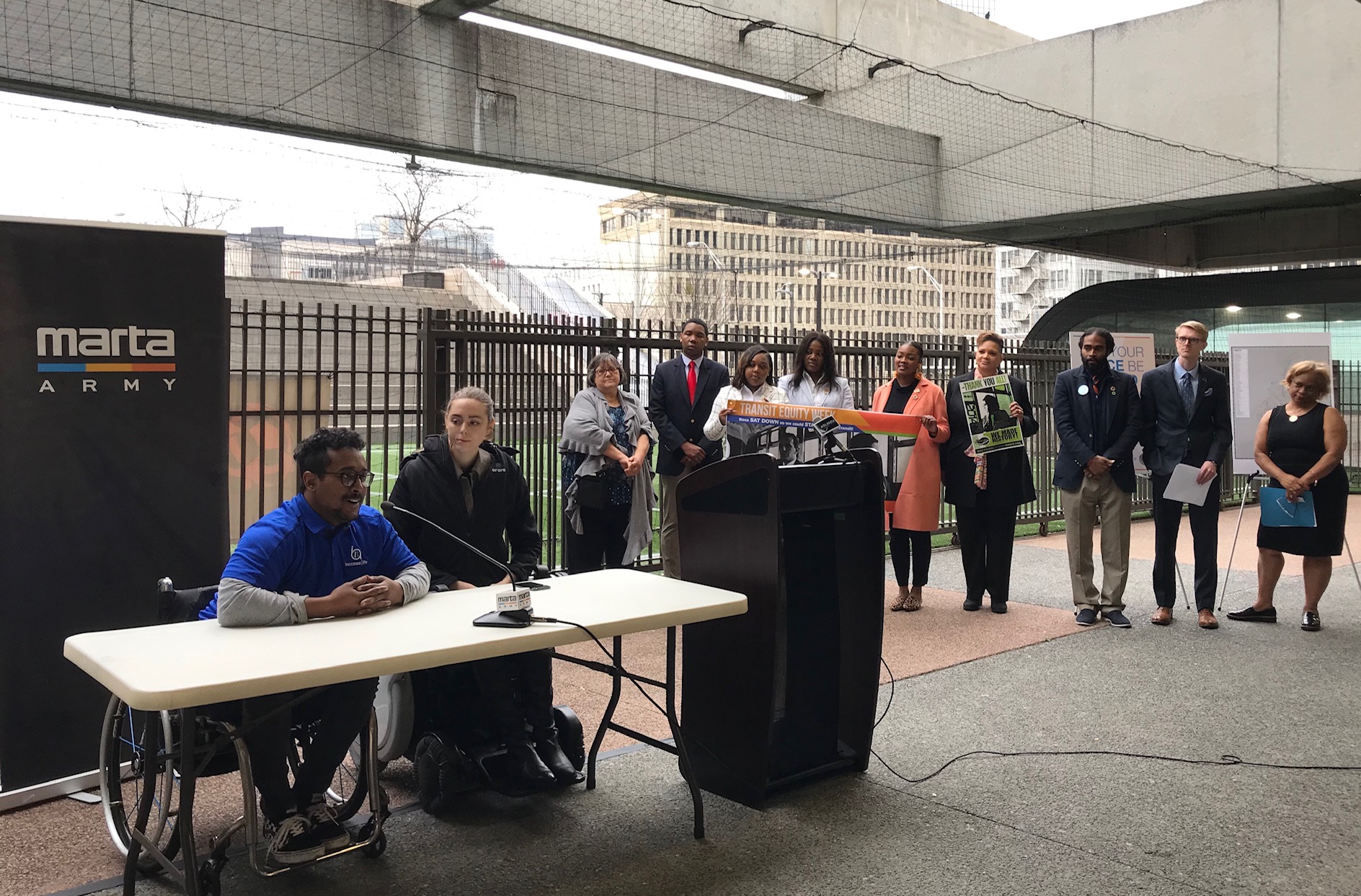 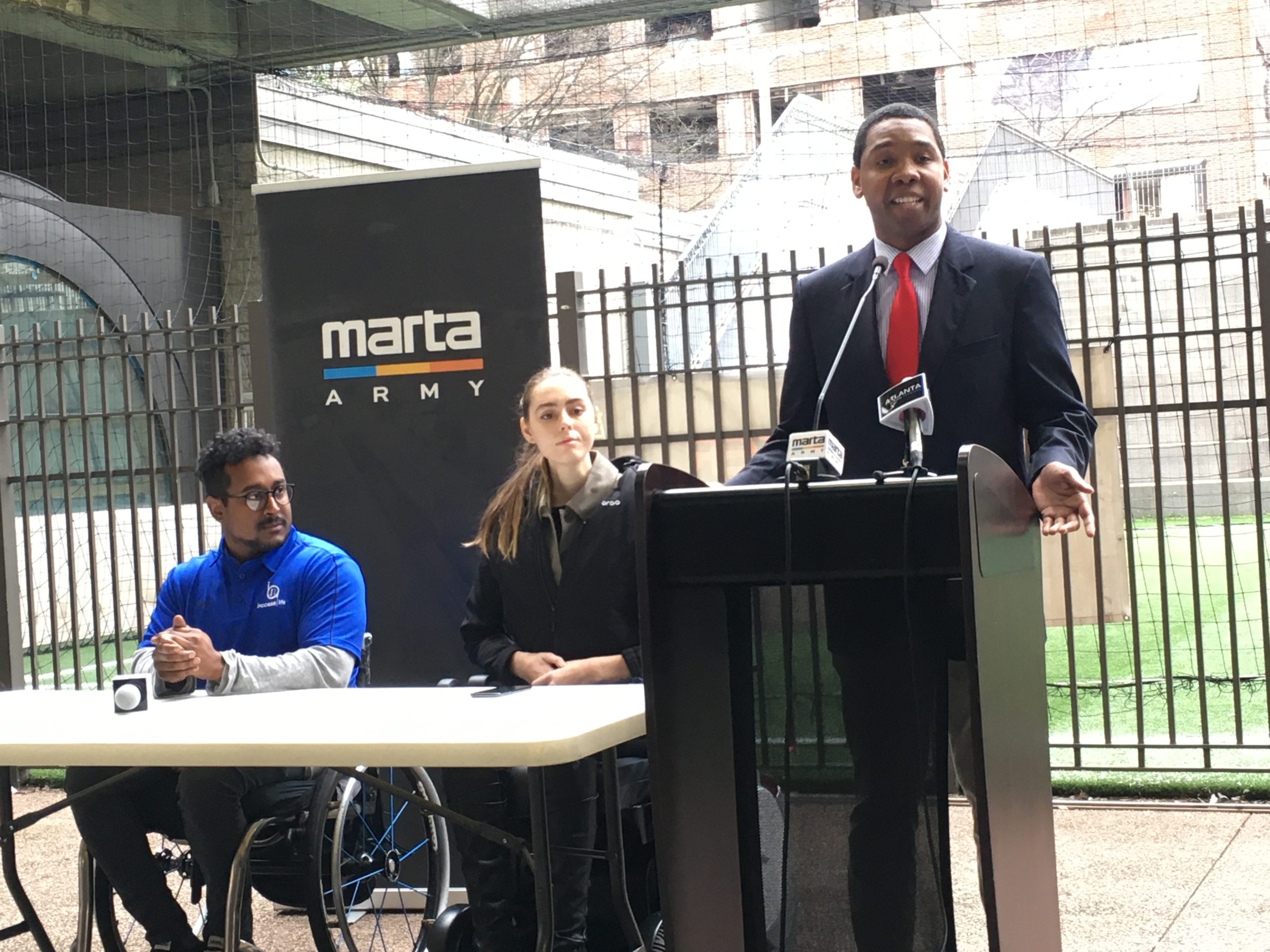 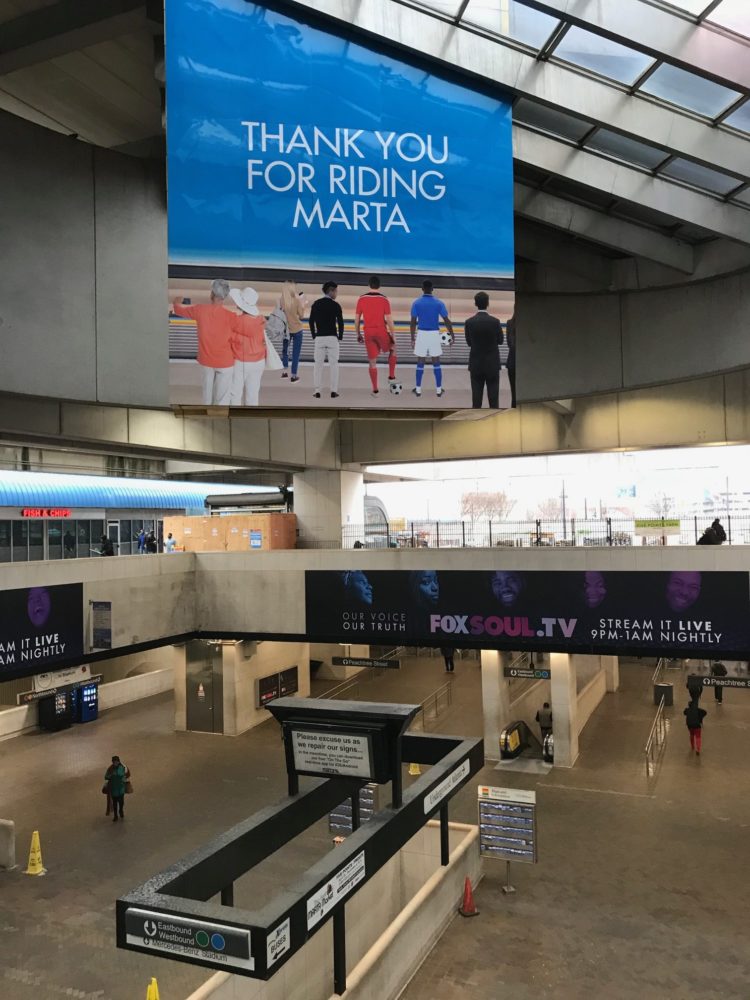 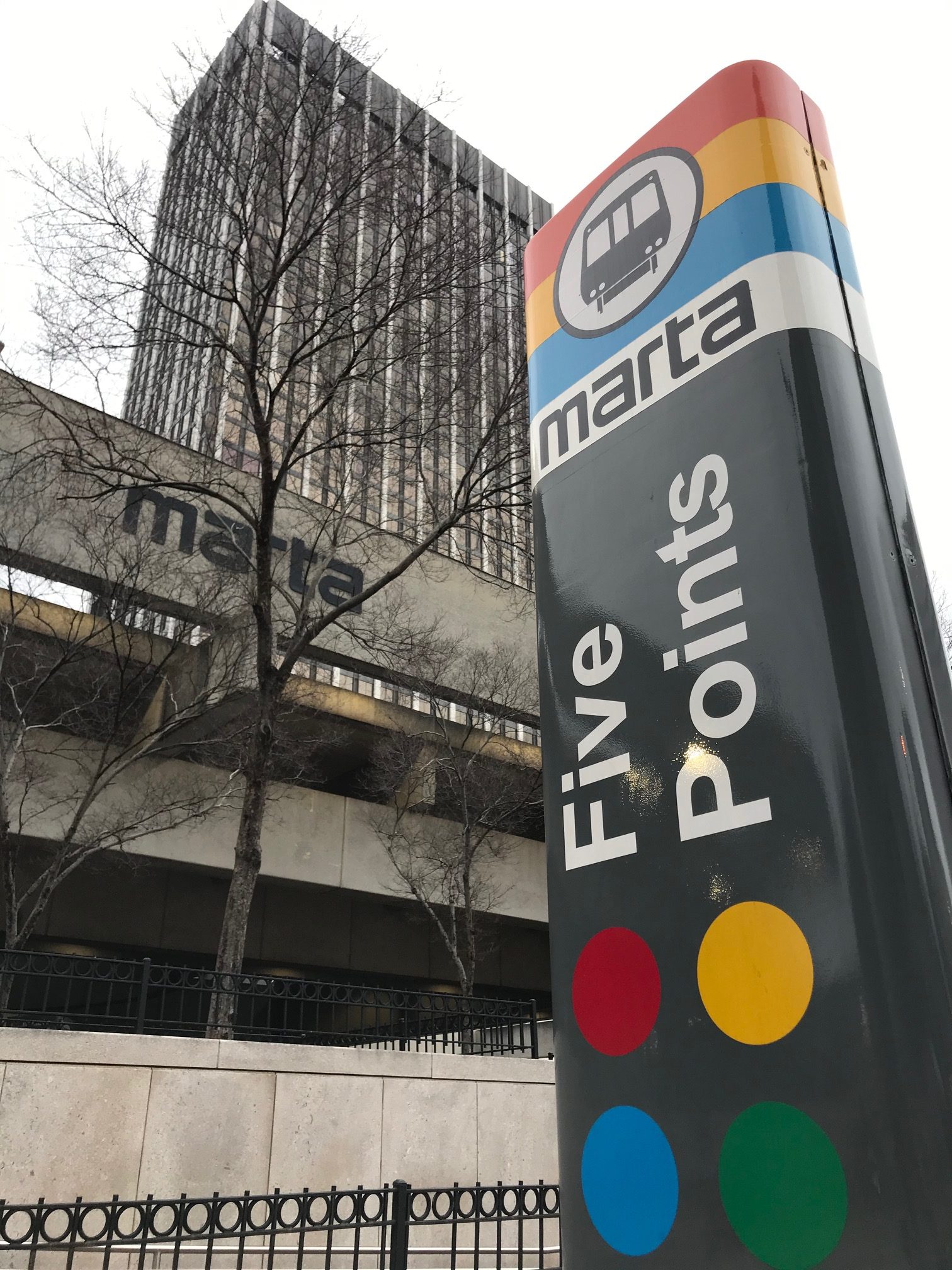