MARTA on schedule with Summerhill BRT in Downtown ATL

MARTA is on schedule with planned Summerhill Bus Rapid Transit project. A consultant has been hired to oversee the final engineering and design of the region’s first BRT corridor. 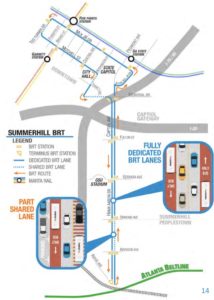 MARTA’s Summerhill Bus Rapid Transit route is to be a 2.4-mile service to link MARTA’s Five Points Station with the Summerhill neighborhood, and the Atlanta BeltLine’s Southside Trail. Credit: MARTA

Kimley-Horn received an $11.3 million contract, as approved Feb. 11 by the board that oversees MARTA.

The design team is to work on a route that extends 2.4 miles in Downtown Atlanta. The route is to link the Summerhill neighborhood, located near Georgia State University’s Center Parc Credit Union Stadium and the Atlanta BeltLine’s Southside Trail, with MARTA’s Five Points Station.

Buses on this route are to travel in lanes exclusive to their use, in most areas, and are to stop less frequently than traditional buses.

The hiring of a design team is a critical component in order for service to begin on schedule. Construction is slated to begin by August 2022, according to terms outlined in terms of the TIGER IX federal funding program that is helping to pay for the $68 million project. 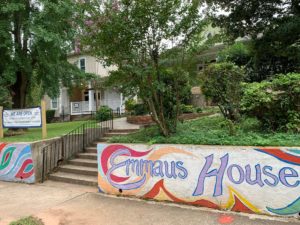 The Emmaus House and the adjacent chapel, a parish of the Episcopal Diocese of Atlanta, are to be a short distance from a bus rapid transit system to link Summerhill with the Five Points area. File/Credit: Kelly Jordan

The challenges of some of these components are evident in the Request for Expressions of Interest MARTA released last year.

For example, Kimley-Horn is charged with devising a plan to relocate all utilities that may need to be moved for a station to be built, and to upgrade utilities that aren’t adequate to serve a BRT station, according to the REI. 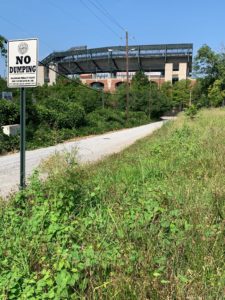 The Summerhill neighborhood that’s home to Georgia State’s Center Parc Stadium is to be served by a bus rapid transit line that is to terminate near MARTA’s Five Points Station. File/Credit: Kelly Jordan

If past experience is any indication, this task has the potential to become a major issue. The Atlanta Streetcar was delayed in part because of unexpected challenges related to underground utilities, Richard Mendoza, the city’s former public works commissioner told the Atlanta City Council during the construction period.

Drainage is another concern, and not just to ensure that waiting passengers aren’t splashed by approaching buses with water standing on streets. The federal EPA has reviewed the project and determined that a storm water permit is required to complete drainage work at the last southern station on the route, according to the REI.

The Summerhill BRT has the potential to set the bar for future BRT projects in a region that plans to rely on the transit method to improve mobility.

MARTA specifically requested that the architectural and engineering services be prepared so that they “could be replicated in future BRT corridors,” according the REI.

According to a statement from MARTA: