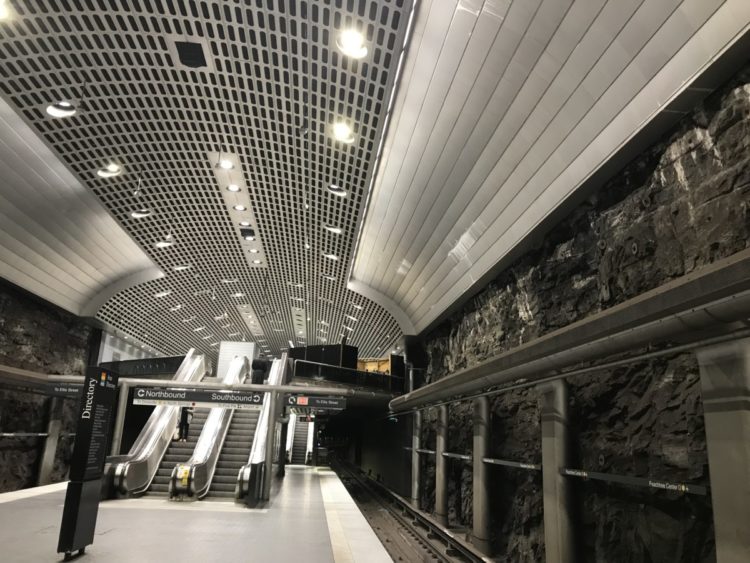 MARTA's Peachtree Center Station in Downtown Atlanta is located 120 feet below ground. MARTA is seeking a development partner to work on a project near one street-level opening. Credit: David Pendered

MARTA is looking for a partner to develop a plum of a property, a sliver of land in Downtown Atlanta that provides ready access to the Atlanta Streetcar and MARTA’s Peachtree Center Station. 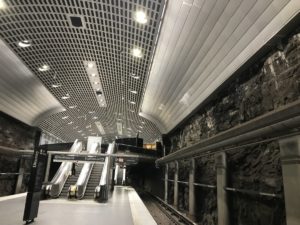 MARTA’s Peachtree Center Station in Downtown Atlanta is located 120 feet below ground. MARTA is seeking a development partner to work on a project near one street-level opening. Credit: David Pendered

MARTA is providing broad terms and a 99-year ground lease to develop the site, which measures about 7,600 square feet of space that can be developed. The tract faces Peachtree Street at the intersection of Carnegie Way and Forsyth Street.

The request for proposals MARTA released calls for the developer to incorporate the existing entrance of the station. The development is to provide a high-quality transit oriented development, which MARTA defines as one that increases MARTA’s income through ground leases and increased ridership.

Regardless of the actual boardings at the station, the Peachtree Center Station is located at the heart of Atlanta’s Central Business District. It’s conveniently located to high rise office buildings and the hotel district, as well as Woodruff Park, which is in the midst of a renewal effort.

If any housing is developed at the site, MARTA intends to ensure that 20 percent of the units are priced at rates affordable to those earning 80 percent of the area median income, which translate to about the salary of a school teacher. The RFP notes: “Special consideration will be given to firms who submit proposals which exceed this goal.” 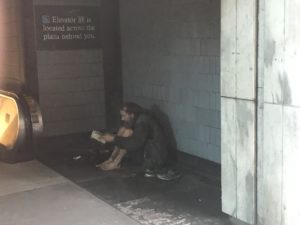 The gateways to the Peachtree Center Station have become resting points for some who spend time in Downtown Atlanta. Credit: David Pendered

Of note, MARTA has stipulated that the project must not be contingent upon the use of any public financing. This is a break from some past projects, in which MARTA offered to help the proponent navigate Invest Atlanta, the city’s development arm, and other providers to obtain project financing. MARTA has offered to perform those chores in this project, but observed that public financing cannot be an essential component of the mix.

MARTA’s profile of the station observes the station is located in a dense urban community:

MARTA’s profile burrows into the demographic nature of the surrounding business district and observes the station’s business demographics include:

Previous Article
Mayor Bottoms names Richard Cox, a loaned executive, to serve as city’s COO for one year
Next Article
The Carter Center, MAP International and Liberia Ministry of Health Team Up to Combat Mental Health Crisis in Liberia