MARTA took the pulse of the public Thursday night on a few aspects of the plan to increase service along Campbellton Road. The survey was part of status report MARTA presented on a service enhancement that’s to begin service as early as 2031. 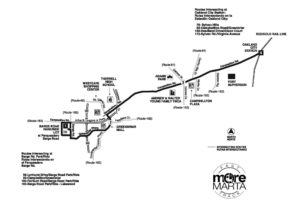 The current planning process intends to designate the route that’s preferred by local residents and transit officials. The target date for designating the locally preferred alternative is late 2021.

Atlanta City Councilmember Marci Collier Overstreet spoke to the group at the beginning and end of the presentation. She emphasized the importance of community participation in the process of planning for an expansion of transit in a corridor in her district.

“This is about a community driven approach to make sure we are getting on Campbellton Road not only what MARTA wants us to have, but what we want us to have,” Overstreet said.

Once a route is determined, MARTA can begin the process of seeking federal funds to help pay for one of two services options. One option is enhanced bus service that would use a dedicated lane. The other option is a trolley system such as the Atlanta streetcar; it would have overhead power cables and tracks in the road, a planner said Thursday.

One survey question was: “What is the most important to you when thinking about a new transit investment in your community?” Respondents attending the webinar could choose from selections including: 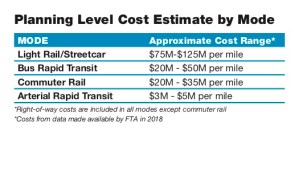 Transit planners will evaluate responses in their future work. Interested individuals can respond to these and other questions on the virtual project update created for the project.

Respondents already have given their opinion on central questions and results indicate concerns. Top-of-mind issues are:

While transit planners decide the type of service to be installed, bus or trolley, Atlanta is in the process of providing space for the transit service to use on Campbellton Road.

Transit planners said Thursday they won’t know the location or amount of land needed to develop the bus or trolley system. The road is a combination of two lanes and four lanes. Some buildings might be in the way and the solution to that issue is a question for the future.

Meantime, the Transportation Committee of the Atlanta City Council is slated to vote July 15 on a proposal to make space available for the expanded transit service. The committee formally received the paper at its meeting Wednesday. The full council could vote on the matter as early as Aug. 3.

The legislation identifies three roadways where MARTA is to develop enhanced transit service:

The affected area of Campbell Road road is described the projected corridor as follows: