MARTA's plans for a live-work-play community to be built around and above the North Avenue Station are on hold for eight weeks, until Jan. 28, 2020. The delay is to give developers time to consider constraints they'll encounter during construction. Credit: Kelly Jordan
Share5
Tweet
Share
Pin
Pocket
WhatsApp
Buffer7
Email
Reddit24
36 Shares

The competition for development rights at MARTA’s North Avenue Station is delayed by eight weeks to give companies time to digest additional technical information. Signature companies have assembled at the table to review a premier live-work-play site in Midtown. 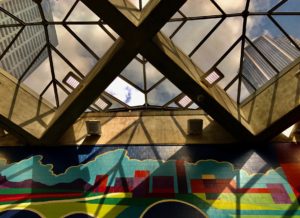 MARTA’s plans for a live-work-play community to be built around and above the North Avenue Station are on hold for eight weeks, until Jan. 28, 2020. The delay is to give developers time to consider constraints they’ll encounter during construction. Credit: Kelly Jordan

Time will tell which of the companies submit a proposal, and which came to kick tires on the development MARTA wants to have built on its 1.6-acre site in Midtown.

MARTA released this one-sentence statement Nov. 7 to address the delay and supplemental information cited in a letter distributed to interested parties on Oct. 31:

The deadline for responses to MARTA’s request for proposals was extended to Jan. 28, 2020, from the initial deadline of Dec. 3.

The technical and engineering information MARTA mentioned in the statement relates to constraints on the station in its densely developed urban location. The issues involve the underground heavy rail station and street-grade bus terminal – none of which may be disrupted. The matters include: 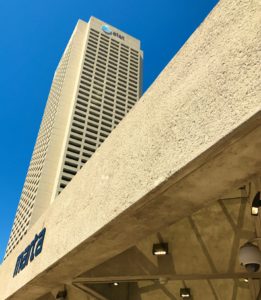 MARTA intends to sign a 99-year lease for land and air rights at its North Avenue Station with a developer who’s to build a mixed use project. Revenues from the leasehold will be used to operate the transit system. Credit: Kelly Jordan

These documents show what contractors actually built during construction, as opposed to drawings that show how architects and engineers intended a structure to be built.

To put these constraints into perspective, construction of the Atlanta Streetcar was delayed repeatedly because of a lack of information about site constraints. Construction workers knew what they were supposed to encounter, only to be surprised and waylaid when the “as built” environment beneath or alongside city streets was different from the construction drawings, according to periodic reports Atlanta’s former public works commissioner, Richard Mendoza, delivered to committees of the Atlanta City Council.

At least 10 companies interested in the project could be affected by the delay. The list of companies that sent top representatives to attend meetings on Sept. 23 with MARTA to review the project includes, in the general order of names signed on attendance sheets: 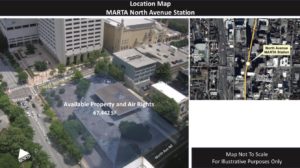 MARTA is seeking a developer to design and build a mixed use project on 1.55 acres at the North Avenue Station. The site is located in a burgeoning neighborhood in the southern reaches of Midtown. Credit: MARTA

MARTA’s objective is having the site developed is to create a revenue stream from the leasehold that can be used to supplement MARTA’s operational expenses. This is the purpose of MARTA’s transit oriented development program, which has seen mixed use communities built at other rail stations.

The North Avenue Station is in the white-hot real estate market located a block from the Fox Theatre. It is within walking distance of the medical campus Emory University is developing around Emory University Hospital Midtown, formerly Crawford Long Hospital.

Previous Article
Olympics bombing hero Richard Jewell to be honored in Atlanta: ‘We felt like it was the right thing to do’
Next Article
Georgia’s Center for Victims of Torture Fights Stigma To Provide Mental Health Care To Thousands in the U.S. and Around the World