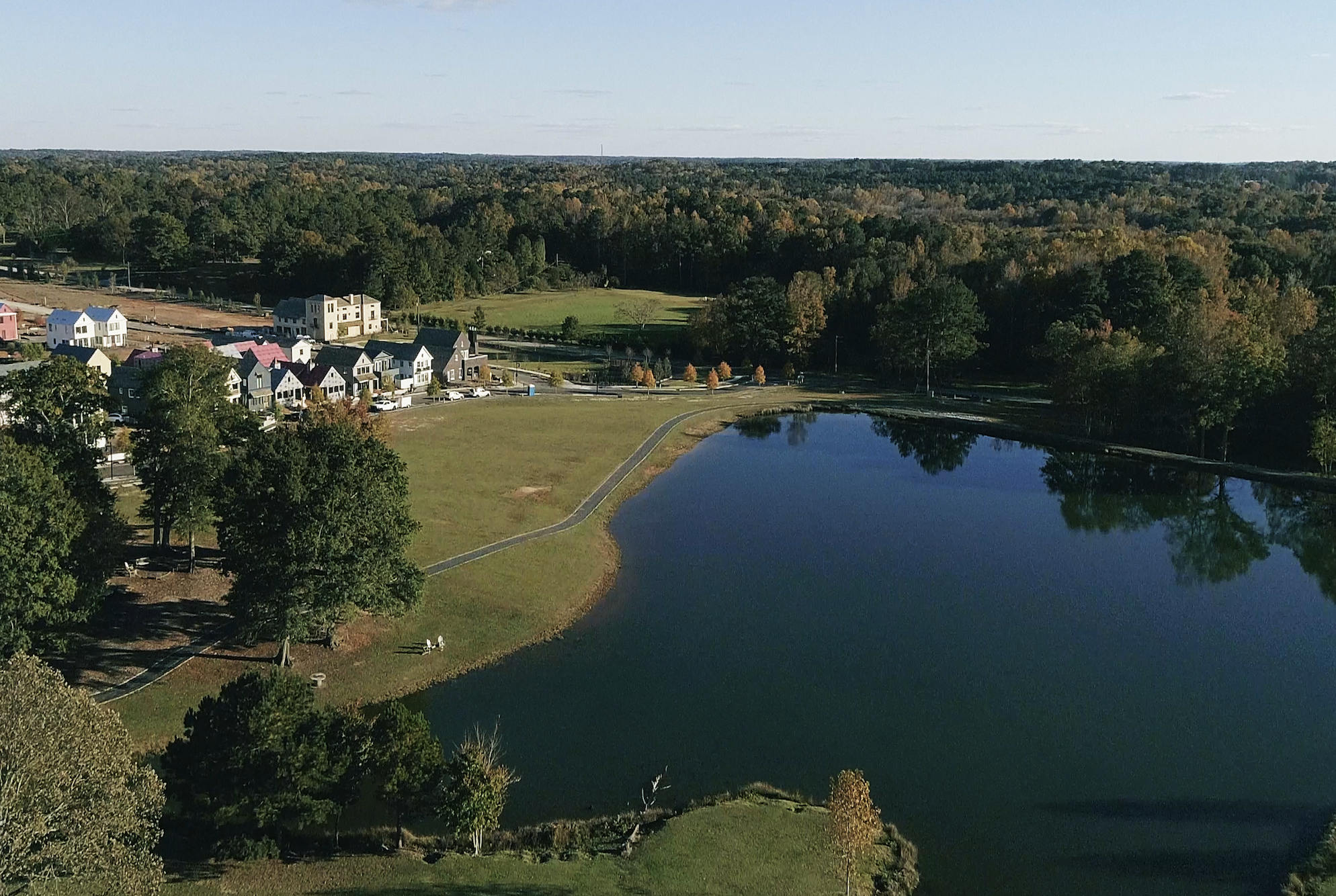 Pinewood Forest has always been a concept town – a place where high tech helps create a nostalgic sense of simpler times, where the noise of air conditioners is largely replaced by silent geothermal cooling systems. Its future growth seems as secure as any residential development, a regional planner observed – even amid the changes surrounding Pinewood Atlanta Studios. 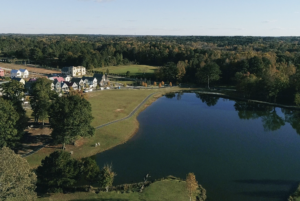 The fate of the studio – and the jobs it creates – is anyone’s guess.

London-based Pinewood Group has sold its interests in the studio to its local partner, River’s Rock, LLC, an affiliate of the Chick-fil-A founding family. Pinewood has agreed to remain active and promote the site for up to 18 months, according to a report by the trade journal deadline.com. The studio says the sale has nothing to do with Georgia’s anti-abortion law.

Pinewood has been in the market for some time to sell assets to raise cash for development. In July, Pinewood terminated its 10-year partnership at a studio developed with an arm of the Malaysian government, according to a report by deadline.com. Now, it’s pulling out of Georgia with plans to focus on a major expansion of its facility near London.

Change often creates uncertainty, and questions about the fate of the studio would seem to extend to nearby Pinewood Forest. Especially given that the budding residential community bills itself as a place for the, “next generation of creators, entrepreneurs and storytellers.”

But Pinewood Forest has found traction in a demographic beyond the entertainment industry. Since residential sales began in 2016, home buyers have included pilots, medical professionals, entrepreneurs, journalists and public relations professionals.

On Monday, Rob Parker, president of Pinewood Forest, characterized the development following the studio’s announcement from in these terms: 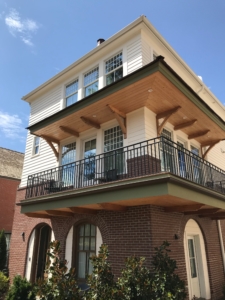 The geothermal cooling system used at Pinewood Village contributed to the absence of noise from air conditioning units on a hot afternoon in August. Credit: David Pendered

Even without the studio, the demand in Fayette County for the homes and lifestyle provided in Pinewood Forest seems likely to continue, according to Dan Reuter, a long-time regional planner in metro Atlanta. Reuter co-founded the Atlanta Regional Commission’s Livable Centers Initiative and now serves as deputy director of development for Gwinnett County.

The housing demand in Fayette County is due, in part, to the ongoing demand for housing throughout the region, Reuter said. The ARC estimates that nearly 2.5 million additional residents are expected in the region by 2040. Even at full-speed-ahead, the studio would involve only a tiny proportion of residents new to metro Atlanta. Meaning, new buyers are likely to appear at Pinewood Forest.

“Even before Pinewood Studio came in, there was always going to be more development in metro Atlanta, not a slowing down,” Reuter said. “One of the things we’ve done really well in metro Atlanta is to attract development to areas where we can redevelop and stay in urban developed areas. Even in the suburbs, that’s better than further expansion.”

Pinewood Forest aims to attract those interested in a New Urbanist lifestyle, with the project’s focus on walking trails, outdoor infinity pool, fitness center with an indoor lap pool, communal spaces, and retailers who promote healthy alternatives – such as an outdoor trampoline exercise program. The tiny houses in one segment of the project are built around a communal fire pit, next to a man-made cave that provides quiet seating. 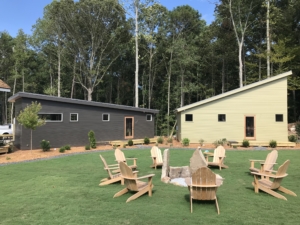 The New Urbanist vision for a collection of tiny houses is for residents to return at the end of the day and enjoy time with neighbors around a fire pit surrounded by lawn chairs. Credit: David Pendered

In addition, Oliver has worked with Duany Plater-Zyberk – perhaps known most generally for pioneering designs at Seaside, Fla. In Atlanta, founder Andres Duany supported the Atlanta Streetcar and urged in 2002 for the streetcar to travel the Peachtree Road corridor.

In a conversation before the sale of Pinewood studio was announced, Reuter observed that Pinewood Forest fulfills the broad objectives of long-range plans for guiding the region’s growth.

These objectives include reducing the home-to-work commute by having residences near job centers; reducing the reliance on vehicle trips to reach destinations such as green spaces; and – in the case of Pinewood Forest – maintaining a small development footprint to support Fayette Count’s long-term efforts to promote density in cities and preserve the county’s rural attributes.

“I think of the good models for traditional neighborhoods we’ve done in the region, distinguishing good from others, and to do them well you have to have charettes and plans and architectural control,” Reuter said. “The one at Pinewood is a good example.” 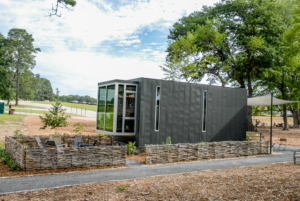 Overlooking the lake from which Ant-Man climbed, this kasita is a popular place of respite for many guests of Pinewood Forest. Credit: Belle Doss 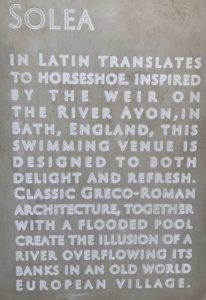 Sometimes called an infinity pool, because it appears to have no edge, the pool design at Pinewood Forest has an edge appear to spill water into a park-like setting. This sign informs of the idea. Credit: David Pendered