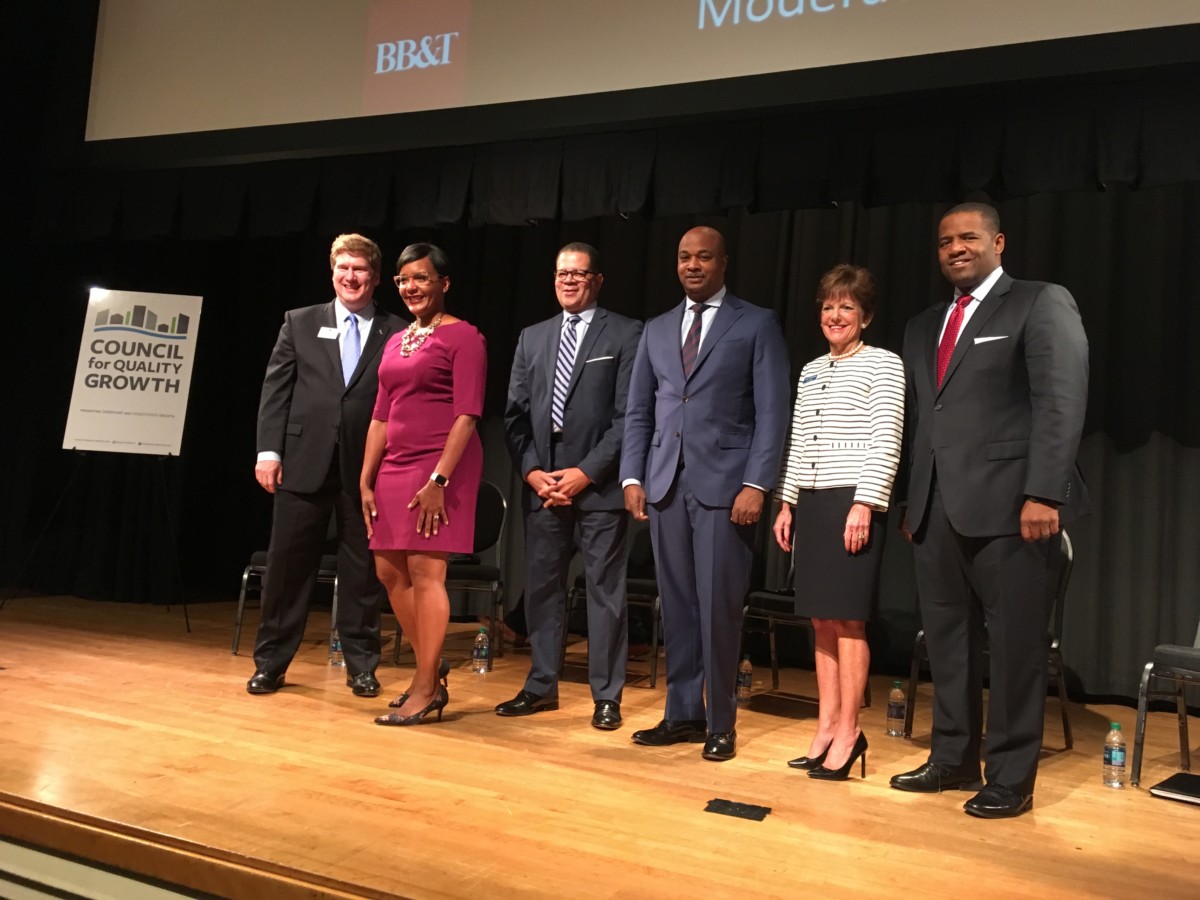 Six top contenders for the mayor’s office told a business group’s forum that City Hall needs to change some of its ways. 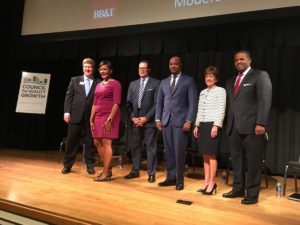 The city’s permitting process came up for some pretty heavy criticism at a mayoral candidate forum Wednesday night hosted by the Council for Quality Growth. The Council is a trade group that’s focused on folks who work in building-related industries like development, contracting, engineering, architecture, planning, law firms, and banks.

So in front of about 200 people at the Wednesday night forum, six candidates made their pitches. Here are some of their comments, in random order:

City Council President Ceasar Mitchell told the people in the audience that “the city is going to be your partner in the development community and then we are going to get out of your way.” He also said he’d put permitting online and also move it out of City Hall and to where “you can drive up in a truck or a car and actually talk to someone.” Mitchell said affordable housing is perhaps the most important issue in the mayor’s race and said he would work with developers as part of a plan to build 30,000 “affordable” units in the city, priced not to take up too large a percent of modest incomes.

City councilwoman Keisha Lance Bottoms also said she wants to create a small businesses division within the city constituent services department, ” … so that as you deal with permitting processes and other things that impact your businesses, that you won’t have to spend all day, and your employees will not have to spend the entire day inside the City Hall. Your issues as it relates to business and development are very different than the issues of residents.” She also said that as head of the Atlanta Fulton County Recreation Authority during the sale of Turner Field, she demonstrated an ability to navigate complex property deals involving government, community and business interests.

Peter Aman, a former consultant at Bain & Company who took a leave to work as city COO for two years, said that rezoning the city will be an “incredibly complicated, intricate and critical activity.” It’ll happen, he said, much as $15 billion may get spent on MARTA, the airport and other transportation builds over the coming years. “We’re going to have to get these two very complicated things done together and done in a very high quality way,” and said he has the best professional history of bringing together private business, the public sector, nonprofits and the community. Aman also said there’s a need to balance the growth and vitality of the city with livability. He said he’ll set up a blue ribbon panel, to include developers, that will set out affordable housing objectives. He said the city would go about the rezoning and construction of affordable housing in a way that is “predictable and that you can count on.”

Atlanta City Councilman Kwanza Hall said he knows how complex it is to work through the city’s permitting bureaucracy. “No. 1, We’re going to fix the permit system, we’re going to break that whole operation and revive and make it something that actually works for you. Because it doesn’t work right now, you all know how many times you call me to solve your problems.” He also called for an update to the zoning code and also said the city needs a new planning process that more broadly gets the community involved. “A lot of times we do these plans but they’re not really linked to investment or a real strategy for development so they sit on the shelf,” Hall said.

“City Hall needs an overhaul,” said John Eaves, who just left the Fulton County Commission chairman post to run for mayor. “I believe that we need to clean house in terms of personnel, clean house in terms of attitude. It’s a toxic culture. I’ve heard from many of you who complain of the difficulty of navigating City Hall in terms of permitting. So I think the whole system needs to be changed.” He also said he wants the city to take up “purpose-built communities” model, a way of redoing housing, schools and amenities together that was pioneered by public and private organizations in East Lake in the 1990s.

The Council invited all candidates who are polling above one percent. Former City Council President Cathy Woolard intended to participate but dropped out due to a family emergency, organizers said. Former state Sen. Vincent Fort and former Atlanta Workforce Development Authority Executive Director Michael Sterling were not present.