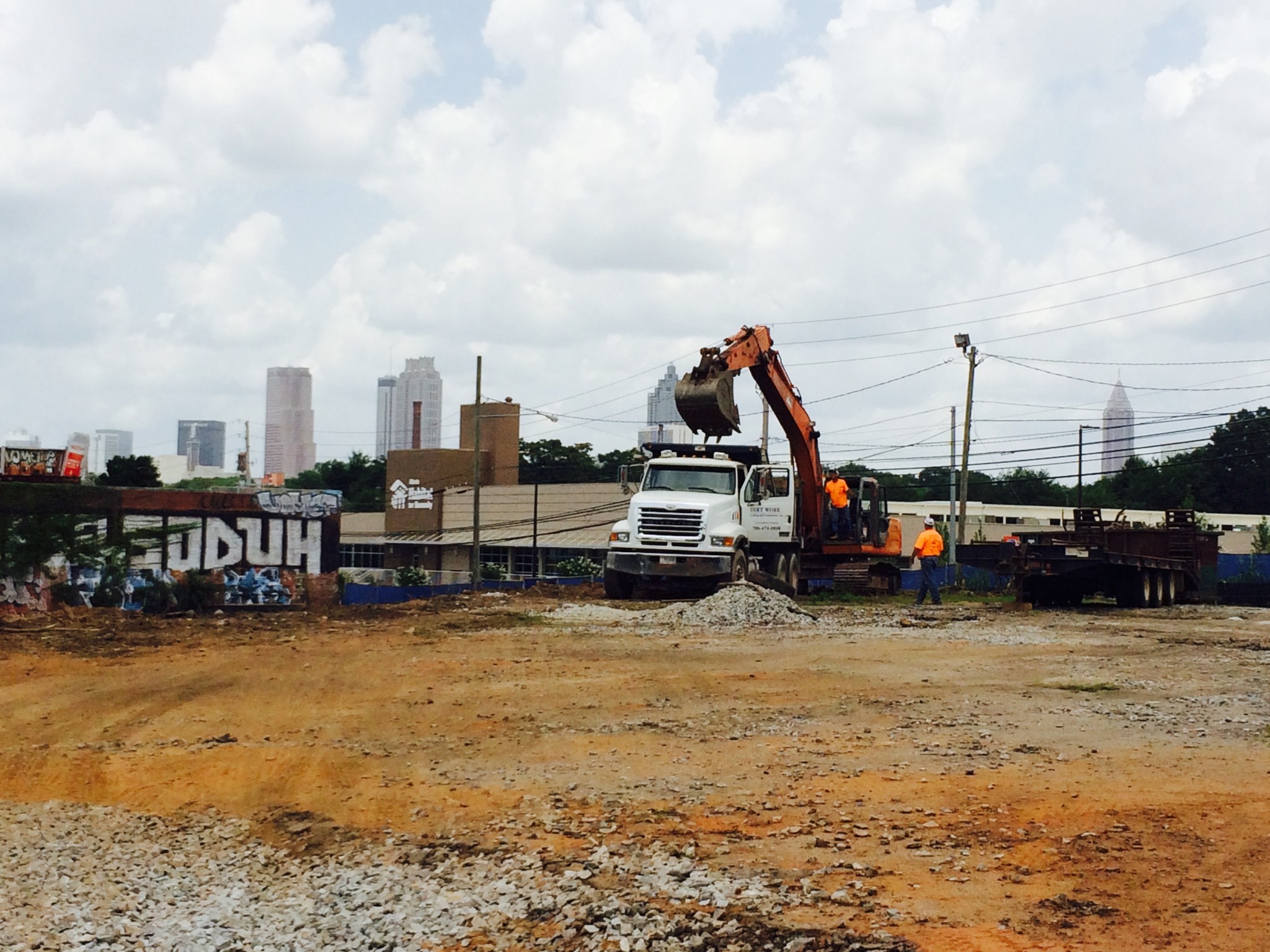 Sidewalks, bicycle lanes and round-abouts could be installed along Memorial Drive sooner rather than later if commercial property owners support a possible tax hike. A newly formed group of volunteers is to devise a plan and gauge interest. 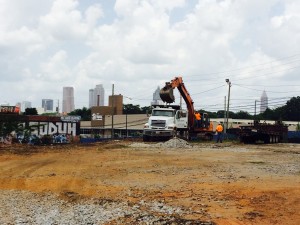 Earth movers worked Wednesday to create a site for pending construction next to the Atlanta Dairies building, on Memorial Drive. Credit: David Pendered

Given the appetite for redevelopment in the Memorial Drive corridor, the possible self-taxing district has potential support from land owners. The corridor is shaping up as Atlanta’s next Old Fourth Ward, which has been extensively redeveloped in the last decade.

A number of developers serve on the city’s Imagine Memorial Task Force. It is overseeing the review of a possible self-taxing community improvement district.

Task force members include David Cochran, of Paces Properties, which built Krog Street Market and Stove Works; and Mark Pollack and John Reagan, of Urban Realty Partners, which has projects including Puritan Mill, The Reynolds, and The Brookwood.

In all, about 40 civic and business leaders serve on the task force. Central Atlanta Progress is represented by Jennifer Ball.

Nothing about the possible CID is definitive at this time. The study group that’s to evaluate its potential met for the first time on Tuesday. Transportation improvements are just one of many projects a potential CID could fund.

The group is to propose the boundaries of a potential CID and obtain consent from commercial property owners. The higher tax rate would not apply to residential properties. 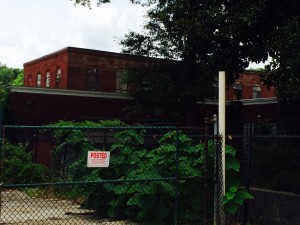 Paces Properties is in the process of getting permits to redevelop two warehouses at 519 Memorial Drive. One was built in 1950 and one in 1960, and they’re owned by a company based in St. Simons. Credit: David Pendered

The potential CID could provide the local match to secure state and federal funding for transportation projects. The Perimeter CIDs provided funds that enabled the state to fast-track construction of a flyover bridge across I-285, providing a direct link from the medical complex south of the interstate to the commercial district on the north side of the highway. Its funding also fast-tracked the half-diamond interchange at Hammond Road and Ga. 400.

The CID group is one of three subcommittees created in June by the Atlanta City Council. They are part of the Imagine Memorial Task Force, which fell dormant after its 27 members met twice and couldn’t decide how to proceed.

The groups are expected to work during the next six to 12 months to achieve their assigned goals, according to Atlanta City Councilmember Natalyn Archibong, who serves most of the corridor. 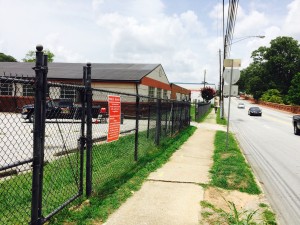 Another view of the warehouses at 519 Memorial Drive. The property measures three acres, and has almost a half-acre of asphalt-paved parking, according to Fulton County tax records. Credit: David Pendered

Archibong has focused for more than a year on creating a master plan to guide the redevelopment of the corridor from near Oakland Cemetery to the city limit, in DeKalb County. Councilmember Carla Smith has supported the effort and has attended multiple meetings. The two councilmembers represent the entirely of Memorial Drive in Atlanta.

Archibong provided funds from her council account, and secured additional funding from the city’s Planning Department, to pay Georgia Tech to devise a framework plan for the corridor.

Tech delivered the plan in December. It is on schedule for likely adoption this autumn.

“We are at the point where we soon will have the opportunity to adopt that plan,” Archibong said at the start of the task force meeting. “Right now, the neighborhoods have vetted it and we’ve gotten feedback. Now it’s gone to the Planning Department for their final review. Then it will go the NPUs and neighborhoods. The ARC has to review it, as well. At some point it will come to the council to be formally adopted.”

Reagan, of Urban Realty Partners, resides in Grant Park and has spent decades working on various plans to renew the Memorial Drive corridor and adjacent neighborhoods. He said he’s hopeful the task force will be able to coalesce the various plans into a meaningful master plan.

“I think it’s an excellent start to bringing it all together,” Reagan said as he left the meeting. “There are so many overlays that no one understands them. This is a great start.”

Previous Article
From Peach to Powerhouse: Georgia’s Health IT Scene
Next Article
“Stuck on High” by Kelly Jordan