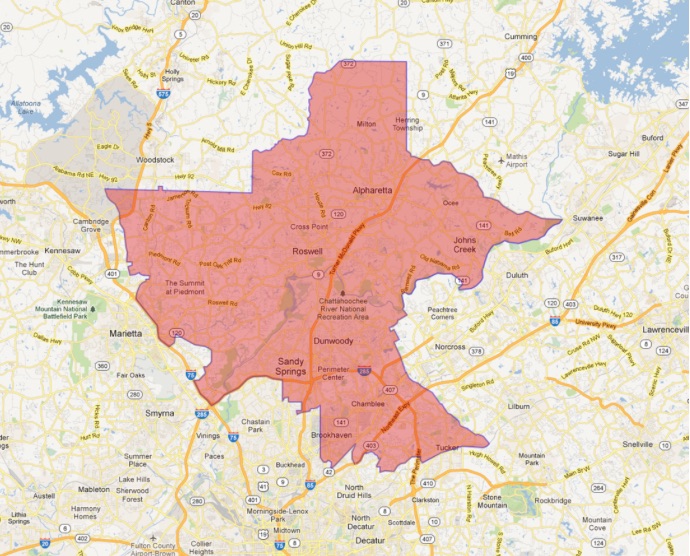 Former House Speaker Mark Burkhalter will represent the 6th Congressional District on the board that oversees Georgia Department of Transportation. Credit: tomprice.house.gov

Former House Speaker Mark Burkhalter took the oath of office Thursday to represent the 6th congressional district on the board that oversees the Georgia Department of Transportation. 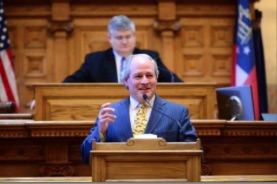 Former House Speaker Mark Burkhalter addressed members of the 6th Congressional District caucus who elected him to an open seat on the board that oversees the Georgia Department of Transportation. Credit: GDOT

Burkhalter spoke of transportation as a component of economic development that should be addressed through a combination of roads and transit.

“It’s not just roads and asphalt,” Burkhalter said. “You look at every great city in the world, and they have great transit. We have to pursue any alternative form of transportation. The days of spending on heavy rail may have passed us, but there are ways we can provide transit without the cost of heavy rail.

The 6th District is represented in Congress by Rep. Tom Price. It includes portions of the cities of Milton, Marietta, Woodstock, Sandy Springs, Brookhaven, Chamblee, Dunwoody and Johns Creek.

The district formerly was represented on GDOT’s board by former Sen. Dan Moody, who resigned. Burkhalter was elected Wednesday by a caucus of state lawmakers from the district. 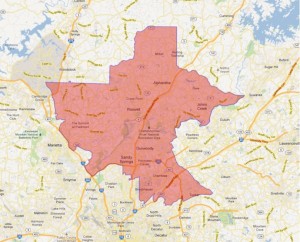 Former House Speaker Mark Burkhalter will represent the 6th Congressional District on the board that oversees Georgia Department of Transportation. Credit: tomprice.house.gov

Burkhalter said he wants to serve because he thinks he can help resolve some of Georgia’s mobility problems. He currently works at McKenna Long & Aldridge as a senior strategic advisor and independent consultant in the law firm’s national government affairs practice.

“I feel like I have something to offer, and I have a great sense of loyalty to the people who let me serve them in the General Assembly for 18 years, the citizens of the 6th Congressional District,” Burkhalter said. “The 6th District is OTP, ITP, transit, now home to the single largest road investment in Georgia history, at Ga. 400 and I-285, and probably the most challenge transportation region in the state, with the population and congestion.”

When Burkhalter served in the House, he was involved with passage of two state laws that authorized public private partnerships for road projects. As he takes a seat on GDOT’s board, the largest such partnership in Georgia’s history is soon to begin – the reconfiguration of the intersection of Ga. 400 and I-285.

This project is budgeted at $1.1 billion. The private sector partners are expected to provide from $600 million to $650 million of the total amount.

GDOT announced Feb. 13 that it has narrowed to four the number of companies that will be allowed to compete for the project. A request for proposals is to be released this month and the design/build contractor is to be named in December. Construction is to begin in 2016 and be complete in 2019.

“That was a big step,” Burkhalter said. “Not every state in the country has P3 laws where you can have that option … to have private companies come in and help you solve your transportation problems.

“Gov. Deal has shown great leadership in this area,” Burkhalter said. “That’s going to be another part of our solution. … That’s the kind of thinking we’re going to have to have.”

Burkhalter served 18 years in the House and stepped down in 2010 to pursue real estate development opportunities overseas. He served as speaker for 12 days following the resignation of former House Speaker Glenn Richardson.