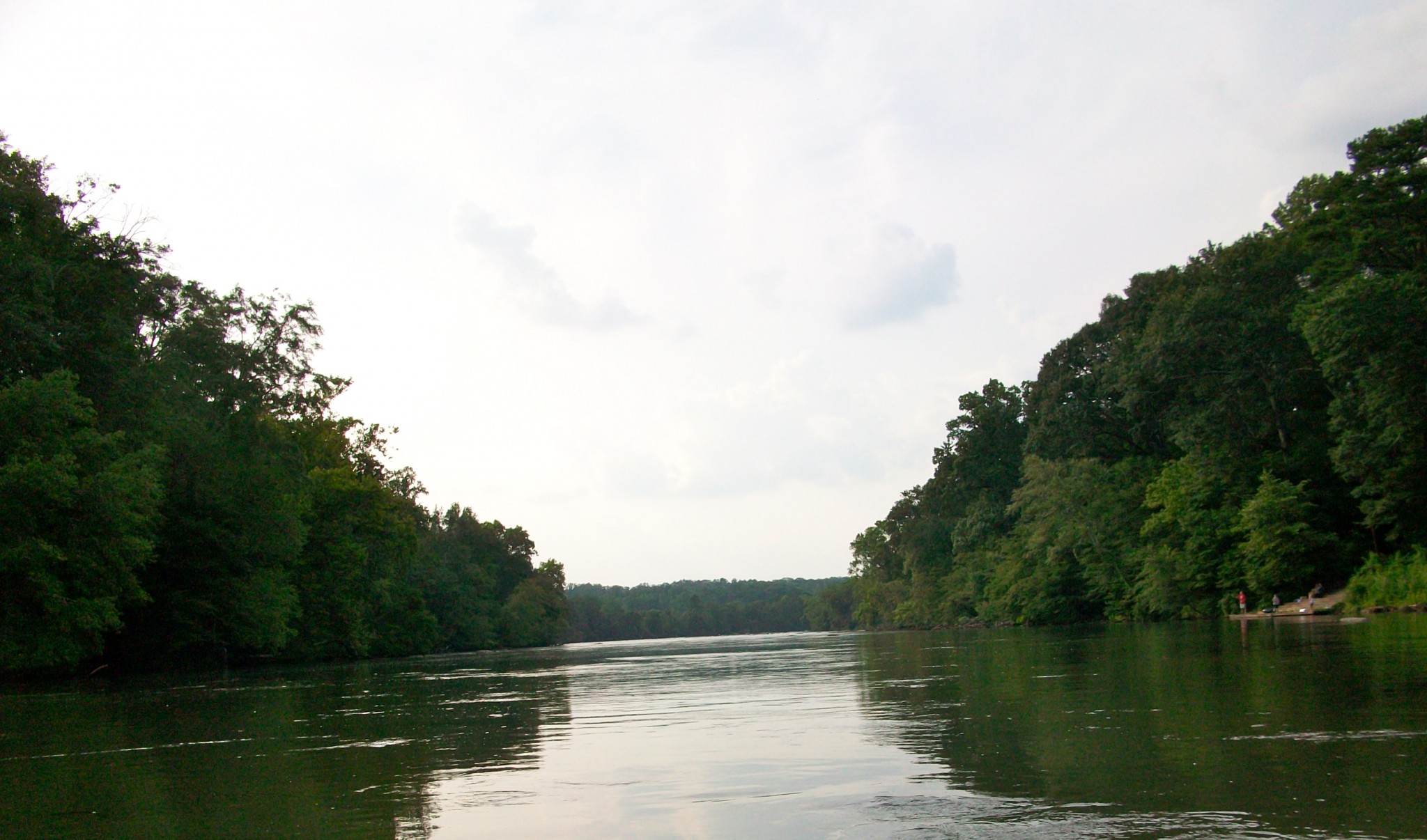 More improvements are planned near the southern tip of the Chattahoochee River National Recreation Area, including a proposed trail and elevated overlook with views of the river. The deadline for public comment is July 7. 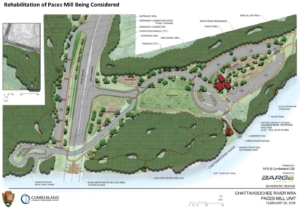 Planning for the first major rehabilitation of the Paces Mill facility, along the Chattahoochee River, is well underway through a joint effort of the Cumberland Community Improvement District and the National Park Service. Credit: parkplanning.nps.gov

Regular visitors, including kayakers and canoeists, are well familiar with the multi-year discussion to upgrade the Paces Mill park area. The site gets a lot of use and hasn’t had a major upgrade in decades.

Paces Mill is the last public spot in for recreational boaters, and others who float along the river, to exit the river within the boundaries of the national recreation lands. The park is located on the Cobb County side of the river, between the bridges of I-75 and U.S. 41.

In a newsletter, the National Park Service observes the park needs to be rehabilitated for the following reasons:

The planned work at Paces Mill is in addition to the proposed two-mile trail to be built farther to the north, to link the park facility at Johnson Ferry Road with the property known as the old Hyde Farm. The Hyde Farm project would involve building a two-mile trail that would close a gap to the Silver Comet Trail from existing trails. Public comment closed May 10.

The Paces Mill project represents a joint effort of the National Park Service and the Cumberland Community Improvement District.

For the Cumberland CID, the project dovetails into efforts to improve mobility and the quality of life in a commercial district near SunTrust Park, home of the Atlanta Braves.

This is how the Cumberland CID characterizes the project: 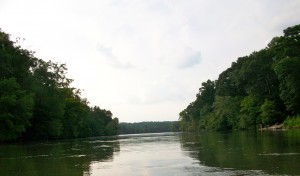 Elsewhere, the CID reminds of the extent of the national park that is within the boundaries of the CID and has a connection to the Atlanta BeltLine:

The Chattahoochee Parks Conservancy included a notice of the project, and the deadline for public comment, in the June edition of its Park Post e-newsletter. The conservancy is a non-profit organization formed as the only official friends group of the Chattahoochee River National Recreation Area.

Note to readers: Public comments on the proposed project at Paces Mill are due by July 7 and may be submitted online or mailed to Chattahoochee River National Recreation Area; c/o Paces Mill Rehabilitation; 1978 Island Ford Parkway; Sandy Springs, Ga. 30350