Atlanta’s past sale of trophy properties, such as Underground Atlanta, has helped ease pressure on the city’s upcoming budget and put Atlanta ahead of other governments that have kept assets such as public golf courses – another item Atlanta unloaded. 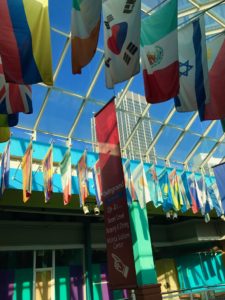 Underground Atlanta is to be redeveloped into a mixed use complex by a South Carolina company. Credit: Kelly Jordan

Atlanta disposed of major assets during the administration of former Atlanta Mayor Kasim Reed. Reed and his supporters, including members of the Atlanta City Council, withstood pointed criticism from then-Sen. Vincent Fort (D-Atlanta) and others.

Reed pursued the strategy, armed with recommendations from a blue ribbon task force he established. The co-chairs were Richard Anderson, then the CEO of Delta Airlines, and Atlanta City Councilmember Howard Shook. The recommendations to sell assets and curb expenses were years ahead of some now being discussed to navigate today’s pandemic-ridden economy.

Atlanta Mayor Keisha Lance Bottoms is said to be considering convening a similar task force in the next six months. She served on the original panel, in 2014. The purpose would be to help plot a course if the economy does not rebound by the degree expected in the fairly robust revenue estimate in the current budget proposal. The fiscal year begins July 1.

Discussions of such a panel appear to have been overwhelmed by the need to respond to demonstrations and disturbances related to the May 25 death of George Floyd while in custody of Minneapolis police. Then there was the officer-involved shooting death of Rayshard Brooks on June 12, and the resignation of Atlanta Police Chief Erika Shields on June 13. 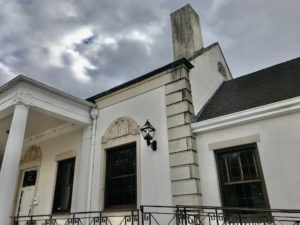 The former club house at the Bobby Jones Golf Course was part of the package swapped with the state in exchange for a parking structure that became part of the city’s deal for Underground Atlanta. Credit: Kelly Jordan

The idea of governments selling non-essential assets is again in the buzz as a way to offset budget shortfalls of states, counties and cities. Eric Berman, a former deputy comptroller for Massachusetts, made this observation in a May 28 panel discussion convened by the Volcker Alliance and Penn Institute for Urban Research:

Berman recognized the political challenges of such sales and used as an example the famed Bethpage State Park Golf Course, on Long Island. It’s home to major tournaments and the Black Course, which Golf Digest has ranked as 6th toughest in the country. Then Berman stated the position of not a politician, but a financial advisor:

Because of the asset sales or swaps executed during Reed’s administration, the city is now is off the hook for maintaining and operating facilities including: 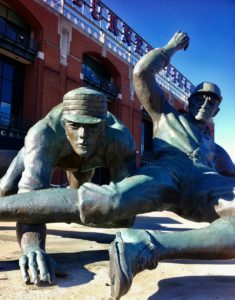 The former Turner Field is to be redeveloped into a mixed use area by a team headed by Georgia State University and Carter. Credit: Kelly Jordan

Plus two facilities that had been owned by the Atlanta-Fulton County Recreation Authority, which was within the city’s sphere of influence:

None of the parcels has been developed into revenue-generating powerhouses for the city and county. The more relevant point, from the city taxpayers’ perspective, is that another entity is paying to maintain them.

Meantime, the owners who purchased them were chosen for their long-range turnaround plans:

Previous Article
Community development in era of social reform amid pandemic, police actions
Next Article
The year of 20/20 vision: Perfection vs. clarity