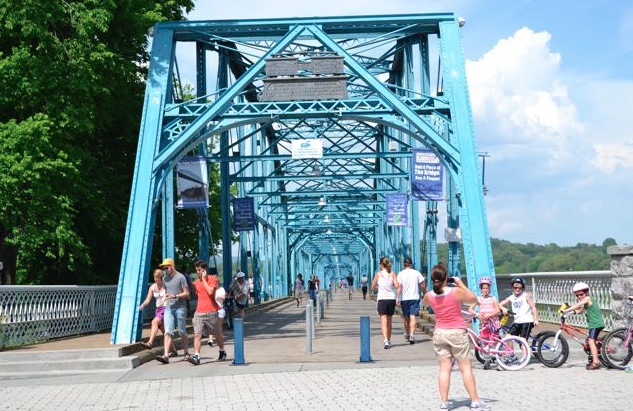 Chattanooga's plans to double spending on bike lanes and walking paths, such as the Riverwalk, helped the region win a federal award for its transportation planning. Credit: iamfriday.me

A plan to double spending on bicycle and pedestrian amenities by 2040, and add transit capacity, has earned a federal award for the transportation planning organization for Chattanooga, and its suburbs in Georgia. 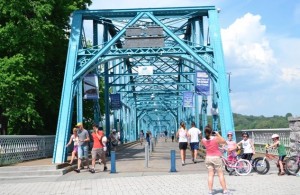 Chattanooga’s plans to double spending on bike lanes and walking paths, such as the Riverwalk, helped the region win a federal award for its transportation planning. Credit: iamfriday.me

The Chattanooga TPO was recognized for its 2040 Regional Transportation Plan, a $78 million effort to improve local transportation over the next 25 years, according to the statement. The north Georgia counties in the organization are Catoosa, Dade, and Walker.

The Atlanta Regional Commission creates an RTP for metro Atlanta.

The Chattanooga plan doubles bike and pedestrian funding, compared to the previous plan, while increasing roadway and transit capacity.

This was a direct outcome of surveys of Chattanooga area residents that showed 71 percent of respondents said they would consider bicycling and walking to more destinations if land uses were more friendly to those modes, according to the RTP.

In addition, more than half the respondents said they would use transit if it were high-speed rail, or passenger rail.

Almost half the respondents said they would use transit if there were more routes, better frequency and real-time scheduling, according to the RTP.

At the same time, the RTP doesn’t back away from maintenance and construction of roads and railroads. The twist in the script is that the authors determined sidewalks and bike lanes are cost effective measures to improve mobility and quality of life: 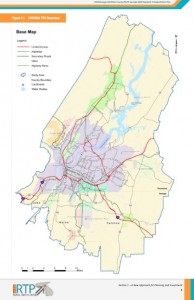 In particular, the plan was praised for recognizing that transportation funding from all sources – federal, state, county and city – is dwindling even as mobility needs are increasing.

The U.S. DOT statement says Chattanooga’s 2040 RTP, “represents the kind of long-term planning needed nationwide to help local and state officials make the most of increasingly limited state and federal funds,” according to the statement.

Here’s how the authors of the RTP addressed the funding issue:

The lead consultant on the RTP was Atlanta-based Cambridge Systematics, Inc., which worked with Gresham Smith and Partners; Kimley Horn and Associates; and RPM Transportation Consultants.

Cambridge Systematics is working with the State Road and Tollway Authority to devise criteria for distributing $75 million to transit agencies in Georgia. The Georgia Legislature provided the funding in its 2015 session and the funds are to be distributed in January 2016, according to SRTA Executive Director Chris Tomlinson.