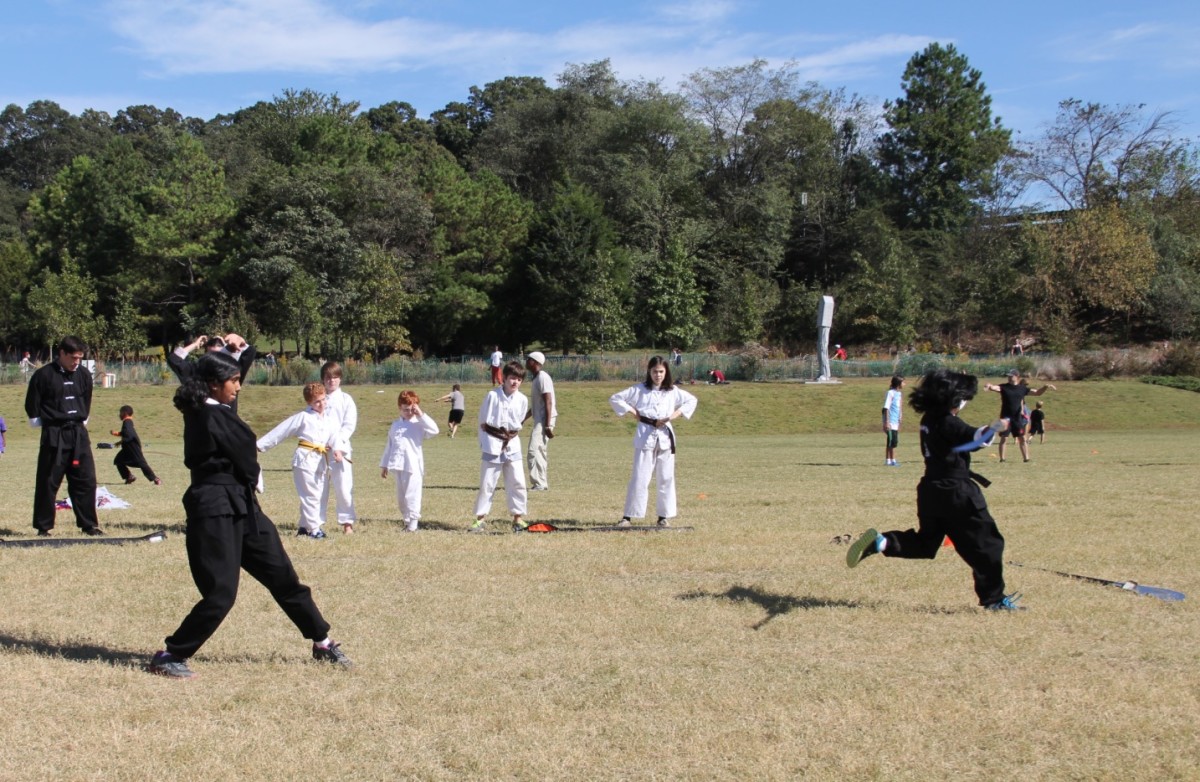 The financing of the Atlanta BeltLine is an enigma. That’s the result of an hour-long discussion Wednesday by the Atlanta City Council’s Finance Committee over the decision by Mayor Kasim Reed’s administration to pay Atlanta Public Schools $5 million last month without first informing the council. 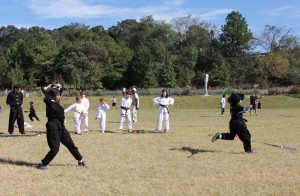 The creation of parks where students can play safely is one reason Atlanta Public Schools agreed to help fund the Atlanta BeltLine. Credit: highlandmartialarts.com

Committee Chairman Alex Wan sought to end the conversation with a simple comment: “We’ve had plenty of air time.” No vote was taken. No decision reached as to future action.

But Wan’s words weren’t quite the end. Atlanta Councilmember Felicia Moore held the floor to restate her position.

“When we do not follow our [city] charter, someone has to say something,” Moore said. “We can get into the posture that … the legislative body of this city can be overlooked…. We didn’t have to do it the way we did it.”

And therein lies the problem – the way the Reed administration did it.

And herein lies the enigma – the city’s contract, created in 2005 and amended in 2009, to reimburse the school system about $162 million for the system’s help in paying to create a huge urban renewal project. Back then, the BeltLine was forecast to add $20 billion to the city’s property tax rolls by 2030.

Throw in a real estate crash that left the city unable to pay the school system, and things get very murky. Players change, adding to the confusion. And passing time disperses the memory that the city was so broke in 2009 that then Mayor Shirley Franklin closed city hall one day a week in order to furlough workers.

City Attorney Cathy Hampton said nothing improper or illegal has occurred. The administration was acting within its authority, under the existing contract and ordinances.

“To reiterate, the charter hasn’t been breached,” Hampton said. “No illegal activity has taken place. This body [council] authorized the issuance.

“We will continue negotiations [with Atlanta Public Schools],” Hampton said. “The last memo was 2014, 2015, and we met as recently as this past Monday. And we will work on a path of a holistic settlement of all dollars for this committee…. That is the direction from this body and the mayor. There’s not an attempt to not include this body. This body will see a holistic settlement for these $162 million … as outlined in the 2009 ordinance.”

At this point, Finance Committee member Yolanda Adrean delivered a comment that set the stage for Wan to call for an end of discussion.

“The accounting part needs to be resolved, but we’re in the middle of negotiations and what was at risk was going into material breach,” Adrean said. “Material breach would not have been good for the city, the school board, and the BeltLine.

“The accounting part will sort itself out,” Adrean said. “But the fact that we avoided going over $15 million and going into material breach should not be lost in this conversation. It would be interesting to hear what conversation the council would be having if we came to work on Feb. 1 and were in material breach.

“This is a complicated transaction,” Adrean concluded.

Adrean chaired the Finance Committee and served on the Executive Committee of the Atlanta BeltLine Tax Allocation Advisory Board from 2007 to 2009. She’s a certified public account and worked a dozen years as senior manager with Ernst & Young. Adrean was elected to the District 8 council post, serving Buckhead, made an open seat when former Councilmember Clara Muller ran for council president in 2009. 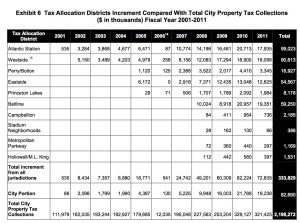 The BeltLine generated about $59.2 million in tax increment in its first four years of existence. Credit: Atlanta City Auditor 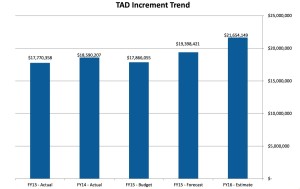 The BeltLine was scheduled to generate more than $95 million in tax increment from 2013 through 2016. Credit: Atlanta BeltLine Budget Briefing, FY 2016, delivered May 2015.