This week marks Atlanta’s first Peace Week, introduced by Mayor Andre Dickens. The week-long event focuses on nurturing physical and mental wellbeing for individuals and the larger community. There’s a final day filled with events, so click here to check the schedule.

On to other city news from the week:

A new historical commission aimed at diversifying the recognition of historic sites is in the works after approval by the Atlanta City Council on Feb. 21.

The commission is the brainchild of Post 1 At-Large City Councilmember Michael Julian Bond, whose immediate motive is to get help with a slow-moving, decade-old effort to create a history trail about the Atlanta Student Movement of the Civil Rights era. But he hopes the commission will address other historic areas and sites, particularly with similar trails.

The first step is the formation of a historical commission study group that will provide recommendations by April 26. The membership will include representatives of the Atlanta History Center, the Atlanta Preservation Center, Auburn Avenue’s APEX Museum, the Association for the Study of African American Life and History, the City’s Historic Preservation Studio and Office of Cultural Affairs, the Atlanta Black/Jewish Coalition and a “Native American group,” plus commercial and residential real estate brokers. Additional members could be named by the study group. 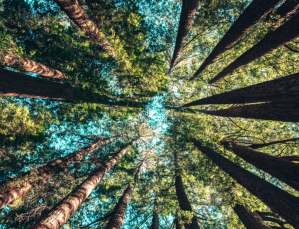 Downtown Atlanta will have 8,000 additional trees in the next decade. (Photo by Casey Horner, Unsplash)

Plan kicks off to plant 8,000 more trees in the “City in the Forest”

On Feb. 18 — Georgia Arbor Day — the Atlanta Downtown Improvement District and Trees Atlanta launched the Downtown Urban Tree Planting Plan, an initiative to plant 8,000 trees in the city’s downtown over the next 10 years.

While the leafy giants cover over 48 percent of Atlanta, the downtown area sits at a scant 3 percent canopy coverage, according to the city’s report.

With this new decade-long plan, downtown’s streets will be cooler, cleaner and even improve residents’ mental health.

According to a 2015 study published by Scientific Reports, adding 10 more trees to a city block creates the feeling and health benefits of an added $10,000 annually or being seven years younger.

The Atlanta City Council has approved a streamlining of the City-ordered demolition of buildings by removing a review step that concerned historic preservationists.

The change removes one review conducted by the Atlanta Urban Design Commission (AUDC), which is best known as the body that must approve demolition or alteration of buildings that have official historic status. But it also reviews any City-ordered demolition, which is often done for safety reasons through the Atlanta Police Department’s Code Enforcement division.

Under the new ordinance, the AUDC will no longer review the demolition of structures that lack historic designations or landmark protection. Demolitions of structures with such designation or protection will still require AUDC approval.

The change had drawn concern from the nonprofits the Atlanta Preservation Center and Historic Atlanta as removing a second chance for buildings whose historic value might be undocumented.

The Department of City Planning — which includes the AUDC — had no comment on the change.

The change was approved on Feb. 21 without discussion as part of the council’s consent agenda. 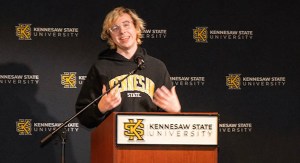 Raymond Goslow placed second and won $100,000 on Tuesday in the “Jeopardy! National College Championship” as supporters cheered him on from watch parties in the Kennesaw State University community.

Goslow is a December 2021 graduate of KSU’s geospatial sciences program in the Radow College of Humanities and Social Sciences. He started the process of entering Jeopardy’s program in October 2020, with a series of tests, interviews and auditions, according to KSU reports.

Goslow won kudos from KSU Interim President Kathy Schwaig for his personal dedication and public performance. “We could not be more proud of him for the way he represented KSU on a national stage,” she said.

Goslow thanked the KSU community for its support.

“Now, one of you can compete and finish what I started,” he told the students, according to a statement. “I got to be part of something bigger than myself, both with my fellow contestants and my fellow Owls. I know I played as well as I could and had a great time doing it, and that’s what I’m most proud of.” 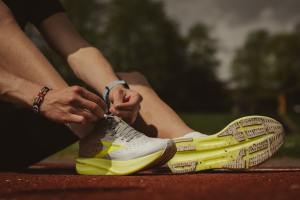 Lace up your tennis shoes; it’s time to get your blood pumping for a good cause. On Sunday, March 6, the Atlanta Community Food Bank will host its 38th annual Hunger Walk/Run.

Folks can head over to the Home Depot Yard at the Mercedes-Benz Stadium to enjoy live entertainment and food trucks.

The fundraising event will support the Food Bank’s mission to curb food insecurity in the metro area and North Georgia. The race’s nearly 40-year-run has raised over $11.7 million, providing 46 million meals to Georgians.

And as many residents know, a lack of food access is a pressing issue across the state. In the Food Bank’s 29-county service area, one in nine people — or 12 percent — are impacted by food insecurity.

Click here to find more information and register for the Hunger Walk Run.

The gift was to honor Atlanta businessman and UNCF Board Chairman Milton Jones and is set to help African American students go to and graduate from college. “I am pleased to present this gift in honor of my UNCF friend Board Chairman Milton Jones for his outstanding leadership and dedication to helping Black students earn college degrees and make better lives for us all,” Pickard said.

In addition to UNCF, three HBCUs, including St. Augustine University, Philander Smith College and Clark Atlanta University will receive a donation from Pickard’s gift. The Atlanta University Center-based institution said the gift will be used to develop the Center of Urban Entrepreneurship in the College of Business.

Pickard said he hopes his gift will encourage other donors, charitable foundations and businesses to give to UNCF to help Black students receive the financial resources they need to achieve their college dreams and better futures. 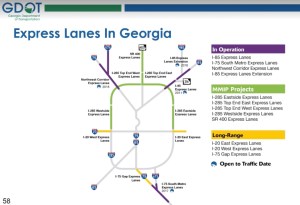 The road-construction and investment sectors turned out in force Tuesday to hear the latest on Georgia’s plans to expand the role of the private sector in the express lanes to be built along I-285 and Ga. 400.

Georgia’s Department of Transportation announced in June 2021 its intention to expand the road-construction contract for the express lanes to include maintenance of the roadway. The expansion shifts to the private partner the cost of maintaining a surface that’s expected to endure extreme wear.

To cover the additional costs, the state intends to extend the length of contract from 35 years to 50 years, giving the private sector partner more time to recover costs and turn a profit for investors. The state intends to set the parameters of the tolls that can be charged.

What makes Atlanta, Atlanta? And how can we preserve what makes it unique?

Whether you’re new to the city or a longtime resident, the upcoming three-week-long Phoenix Flies event is sure to make Atlanta feel even more like home.

From March 5 to 27, the Atlanta Preservation Center will host a series of free, city-wide events to celebrate Atlanta’s history and culture. The program is sure to have something for everyone, ranging from museum visits, neighborhood tours and inside looks at some of the city’s oldest houses.

Click here to check out the schedule for Phoenix Flies 2022: A Celebration of Atlanta’s Historic Sites in March.

After a months-long national search, the National Center for Civil and Humans Right team now welcomes six new additions to its board of directors. Each member will serve two three-year terms.

“We are so proud that The Center has attracted such incredible leaders from Atlanta and around the country to help us carry out our mission to promote rights and justice,” said Shirley Franklin, The Center’s board chair. “Our new members will help The Center expand our programming and our campus into a national hub for education, training, and conversation that protects human dignity.” 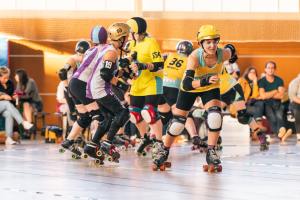 ARD will begin its 2022 season in less than a month. (Photo by Bastien Plu, Unsplash)

Atlanta Roller Derby has confirmed its return from a long pandemic time-out for a 2022 season beginning March 12.

Roller derby is a contact sport in which roller-skating teams compete to circle a track. The Atlanta league was founded in 2004 as part of an all-women national league. ARD is owned and operated by the athletes themselves.

ARD suspended play in 2020 and spent the downtime working on racial and social justice movements and internal policies on anti-racism and equity.

The league and its three teams – the Apocalypstix, the Glamma Rays and the Toxic Shocks — will once again play at the Yaarab Shrine Center on Ponce de Leon Avenue in Midtown. The season will run through September. Tickets will be limited to allow for audience members to distance themselves as a COVID-19 precaution.

Learn how to apply for a state historical marker

Know of a site that deserves official historic recognition? The Georgia Historical Society (GHS) is holding a free webinar on March 3 on how to apply for a state historical marker.

Over 2,100 state historical markers — large metal plaques on poles — recognize sites around Georgia. GHS has erected over 300 since taking over management of the marker program from the state in 1998.

Each year, the GHS votes to approve some new markers after a detailed review process. Six are approved for installation this year, including three in Atlanta: the site of an arrest that led to an infamous U.S. Supreme Court case about LGBTQ rights, and the surviving buildings of the pioneering Techwood and University Homes public housing complexes.

The GHS’s online webinar, scheduled for March 3, 3 to 4 p.m., will feature GHS’s marker staff members explaining the program and its online application process, followed by a question-and-answer session. The webinar is free, but registration is required via the GHS Eventbrite page. 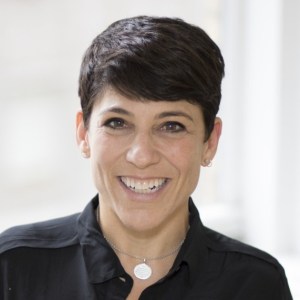 The Arthur M. Blank Family Foundation has selected Jodi Nelson as its first managing director of effective philanthropy. She will assume the role on March 1.

Nelson will create frameworks for impactful philanthropic practice within the community. She will also work with local leadership within the Blank Family of Businesses — including the Atlanta Falcons, Atlanta United, Mercedes-Benz Stadium and PGA TOUR Superstore — to identify opportunities to partner and drive impact across a diverse portfolio of social impact work.

She joins the Blank Foundation after four years owning her own consulting firm and leadership roles with the Bill & Melinda Gates Foundation and the International Rescue Committee.

“Jodi is a collaborative leader with deep knowledge of effective philanthropic practices. Her ability to build a dynamic culture of learning with both rigor and creativity will be invaluable as we accelerate our philanthropy and set strategies for our new areas of giving,” President Fay Twersky wrote in a press release.