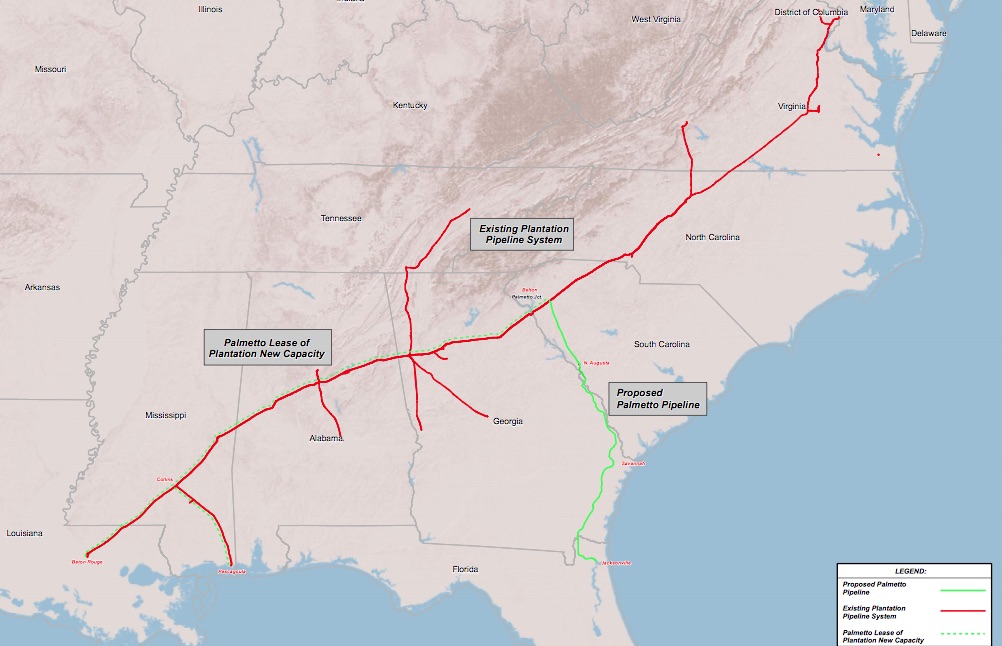 The Savannah Riverkeeper is sounding the alarm over a proposed 360-mile pipeline for refined petroleum and ethanol that’s to be built from South Carolina to Savannah and across coastal Georgia to Jacksonville, Fla. The first of five public meetings is set for Wednesday in Savannah. 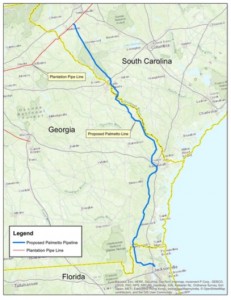 This map provides greater detail of the proposed route of the Palmetto Project, a fuel pipeline. Credit: Kinder Morgan

The spokesman for the Georgia Ports Authority, Robert Morris, said in an email Tuesday that GPA has not taken a position on the proposed pipeline. A new fuel terminal is to be built in the Savannah area as part of the project.

The meeting Wednesday is the first of five scheduled by the Georgia Department of Transportation. GDOT is handling the request for a Certificate of Public Convenience and Necessity the pipeline developer seeks as part of the approval process. Five hearings are scheduled through March 12 in towns along the proposed construction route.

“Building another pipeline is a huge risk to our communities,” Savannah Riverkeeper Tonya Bonitatibus said in a statement. “In the event of an accident, which we have seen are all too common, drinking water, wildlife and fragile ecosystems, tourism industry, and even people’s health could be impacted or irreparably damaged.” 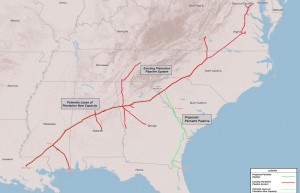 The proposed Palmetto Project would provide a pipeline from a fuel trunk line in South Carolina through North Augusta, S.C., Savannah, Brunswick, and Jacksonville, Fla. The Savannah Riverkeeper has raised concerns about the proposal. Credit: Kinder Morgan

An unrelated matter is fueling the environmentalists’ concern: the Legislature’s handling of the 25-foot buffer related to coastal wetlands. Senate Bill 101 is intended to clarify ambiguities in state law that prompted the Georgia Department of Natural Resources to stop enforcing existing provisions in 2014.

A coalition of environmental groups contend SB 101 does not go far enough to protect the buffer. However, their concerns were not fully addressed before the Senate approved on Monday a substitute version of SB 101 and sent it to the House for consideration.

“The project is going to undergo a comprehensive review process and, among other issues, will be issues related to environmental protection, mitigation, how it fits into siting, permitting, construction and operation of the project,” Wheatley said.

Previous Article
Dignitaries from all over the world come say good-bye to Don Keough
Next Article
Photo Pick: Atlanta Benches by Lisa Panero