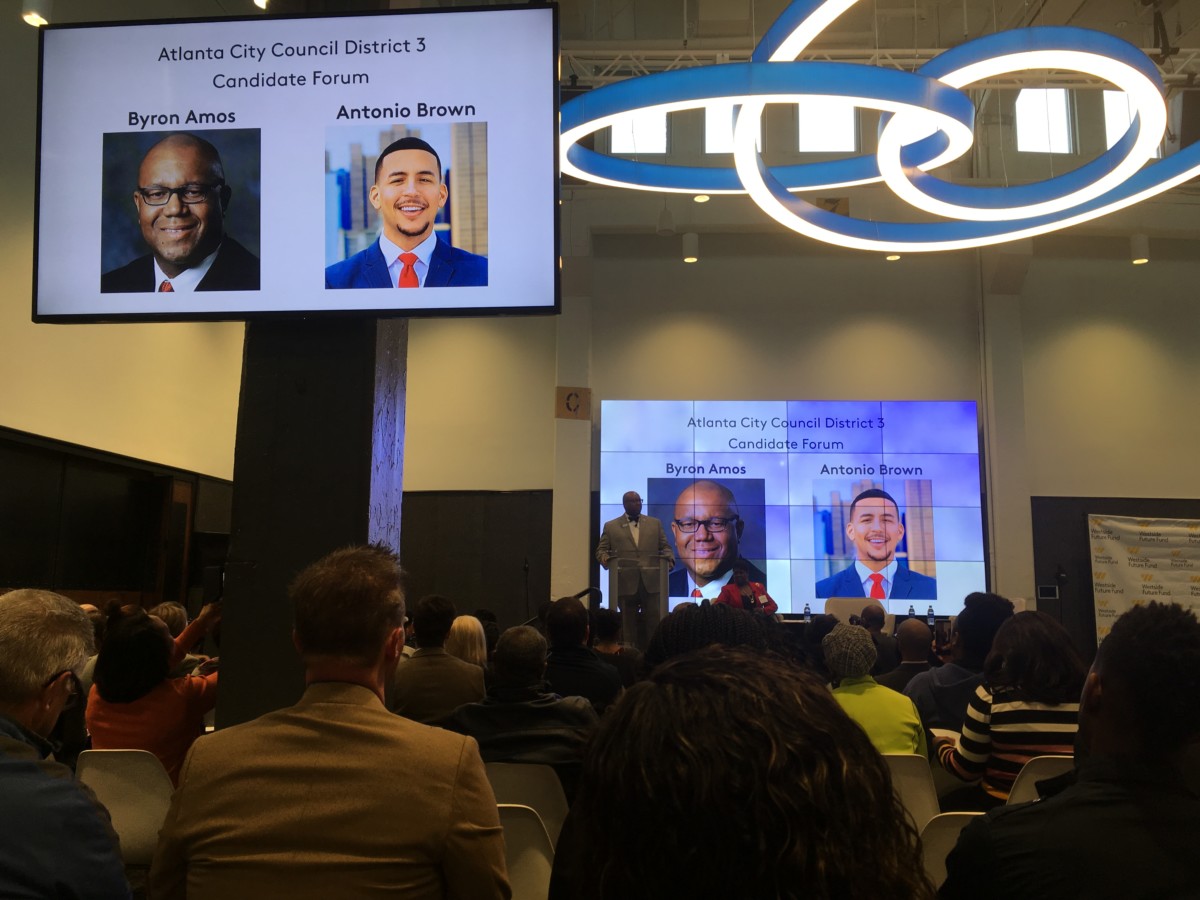 Atlanta’s going to get a freshman city council member from the Westside’s District 3, in a special election runoff.  Some of the votes will depend on whether people think it’s a good thing to be new to office, or to be a veteran of elected office. 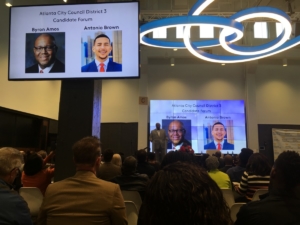 Byron Amos spent about eight years on the Atlanta Board of Education, leaving just recently to run for Atlanta City Council. To him, experience in politics is a good thing. Amos said he has experience with things like a public budget, and a record of lowering taxes by voting to roll back the property tax millage rate. He was also a member of Keisha Lance Bottoms’ transition team as she moved into the mayor’s office.

To Antonio Brown, being a first-timer to public office would be a good thing. Brown, founder of men’s fashion brand LVL XIII, said he’s independent, with no ties to any political interest and beholden to no one but the people. He said he’s taken profits from his business and reinvested them into the community, via the Student Entrepreneurs of America program, part of a nonprofit he founded.

The two men are in a runoff to represent a Westside area that stretches from from Atlantic Station through English Avenue, Vine City and part of Harvel Homes. The area was previously represented by Ivory Lee Young Jr., who died in November. This special election is to fill his seat.

Brown said that that District 3 doesn’t  have the amount of development it should have.

“As long as I have lived and worked within our district, I haven’t seen much change for the people. I have not seen this district progress the way the rest of the city has, and that’s a problem for me,” Brown said.

Brown called on the city to be more proactive in getting affordable housing developed, and in telling people about different kinds of public programs that are already available to help people move ahead financially, among other things.

But Amos portrayed Atlanta a city where things are moving in the right direction.

He said the city can ensure affordable housing via inclusionary zoning, public-private partnerships, activating public land and looking at an anti-displacement fund.

Amos and Brown had attracted similar amounts of contributions as of last month.

The Friday forum was hosted by the Westside Future Fund. WFF has a video on its Facebook page, and the forum starts at about 53 minutes.

In the first round of voting, Fulton County election results put Amos and Brown as the top two finishers among nine candidates running for the office with 359 and 296 votes respectively. However, candidate Greg Clay was just three votes behind Brown in that March 19 vote. Clay has contested the election results in court, arguing that several voters were wrongfully classified as living in a different district and that Brown was wrongfully allowed to run despite having a tax lien. Brown has said that lien is resolved. Clay’s case was set for a hearing on April 8.

In this runoff, Election Day is April 16.