Progress continues on the next development at Midtown’s Tech Square with the naming of the tower for a respected alumnus and nearly $31 million in construction funding that Gov. Brian Kemp included in his budget proposal for the upcoming fiscal year. 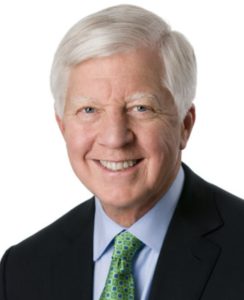 The next tower is to be named George Tower, in honor of Tech philanthropists William “Bill” and Penny George. Bill George is a Tech grad, class of 1964, former CEO of Medtronic, and now a senior fellow at Harvard Business School.

George Tower is to join the Scheller Tower, also planned on the site. Both are to open by late 2022 and add to the culture of research and entrepreneurship Tech has sought to foster in more than 1.4 million square feet of mixed use space that’s been built through a public-private arrangement at the 10-block site in Midtown. Advocates of the area intend for it to rival similar centers in Palo Alto, Ca. and Boston.

The upcoming development is known as Tech Square Phase III. The project is to provide a total of 400,000 square feet of space near the intersection of West Peachtree and Fifth streets.

The name, George Tower, was approved Tuesday by the Board of Regents, Tech announced Wednesday. The board oversees Tech and the rest of the University System of Georgia.

In a statement, Tech President Angel Cabrera acknowledged the institution’s appreciation for the George’s support:

Kemp’s proposed construction funding is located in a part of the budget that often escapes challenges from state lawmakers, the general obligation bond package. The state borrows money to pay for various projects and items and repays the money over terms of up to 20 years. The state’s high credit rating results in comparatively low interest rates. 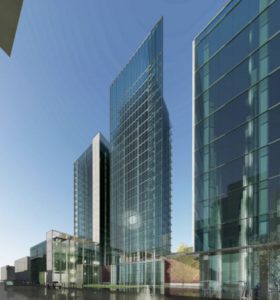 This suggests the proposal remain intact even in the current legislative session. This year’s session has been noted for the friction between the governor and General Assembly over Kemp’s decision to reduce expected rates of state expenditures and to set a conservative forecast for state revenues.

This bond is part of Kemp’s proposed $175 million bond package to fund improvements to campuses in nine counties, in addition to improvements at other campuses scattered across the state, according to the budget proposal.

The entire bond package proposed by Kemp is $890 million, with an annual debt service of $93.1 million. Terms of the bonds range from five years to 20 years.

The Phase III project received $4.3 million in state GO bonds in the budget for the current fiscal year. The overall price of the project is estimated at $200 million. Of this sum, $75 million is coming from the philanthropic sector, according to Tech’s statement.

Why save it? Just pave it – Conservation becoming tool of choice in Morgan County
Cecil Phillips March 15, 2020 4:38 pm