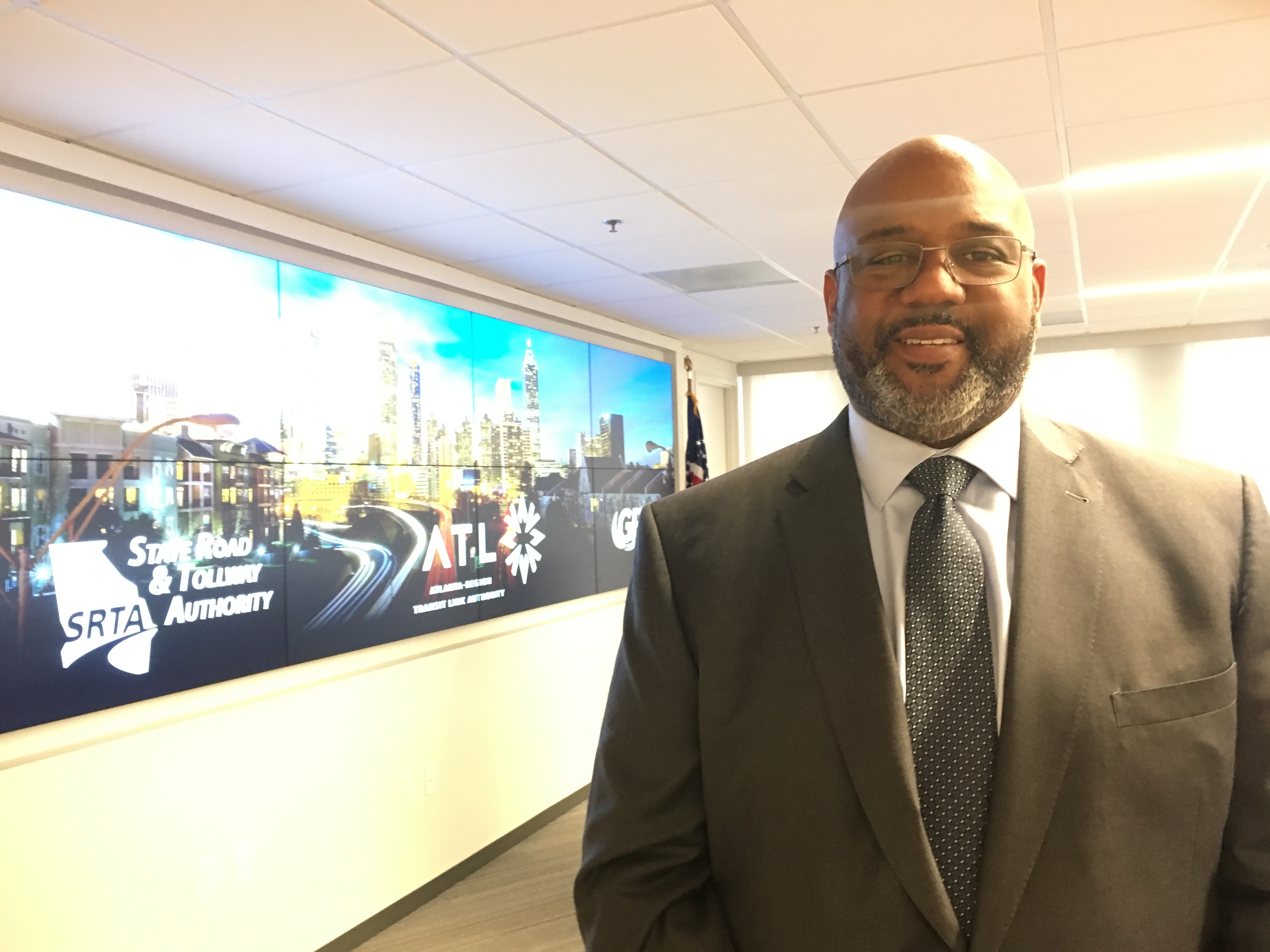 Chris Tomlinson will continue to lead metro Atlanta’s 13-county transit authority, but after a board vote Thursday, he can drop the “interim” from his executive director title. 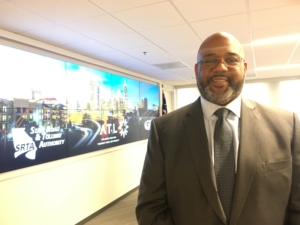 Chris Tomlinson in The ATL’s board room Downtown on Thursday after he was named executive director. Credit: Maggie Lee

So now the three state agencies that are about mass mobility are united under the leadership of one person. And staff who answer to him have already been working across agency lines. The close connection among agencies is the latest example of the state of Georgia trying to address cross-county metro Atlanta traffic snarls by means other than untolled car lanes.

Tomlinson’s hire was approved in a unanimous voice vote by the board of The Atlanta-Region Transit Link Authority.

“I get asked a lot, ‘Is this permanent or not?'” Tomlinson said.

Now the appointment gives some certainty to folks who might be asking, such as staff or potential hires; and it shows board confidence in him.

“I think not having the ‘interim’ status will help in all the forums I’m going to,” Tomlinson said.

Tomlinson has been leading the state authority since even before its first board meeting last year. He’s also executive director of The Georgia Regional Transportation Authority and the State Road and Tollway Authority, the pair of linked agencies that run Peach Pass, Xpress buses and other mass transit programs. When the Georgia Legislature created The ATL in 2018, they put it administratively in Tomlinson’s shop.

“As an organization, as a staff, we are multimodal in our thinking and approach, but also mode-neutral,” Tomlinson said.

Yep, they will do a lot of transit planning. But, for example, there’s express lane expertise under the same roof.

“Everybody talks about ‘adding transit’ to the express lanes,” Tomlinson said. “Hopefully over time we get to the point where when we think of our express lane projects and system, transit is just a component, it’s not an add-on.”

Like, plan the park-and-ride lots when you plan the express lane, not afterward.

The agency helps those counties knit together transit offerings across jurisdiction lines and evaluate and prioritize counties’ proposed transit projects — which is the kind of planning that can help get the attention of federal government funders. The region’s top-ranked transit priorities will end up in a recommendation for state funding  — if the state Legislature and governor decide to fund transit in any major way.

Metro Atlanta has a new agency that’s supposed to make transit smoother — so what’s it going to do?
Maggie Lee November 26, 2018 6:12 pm