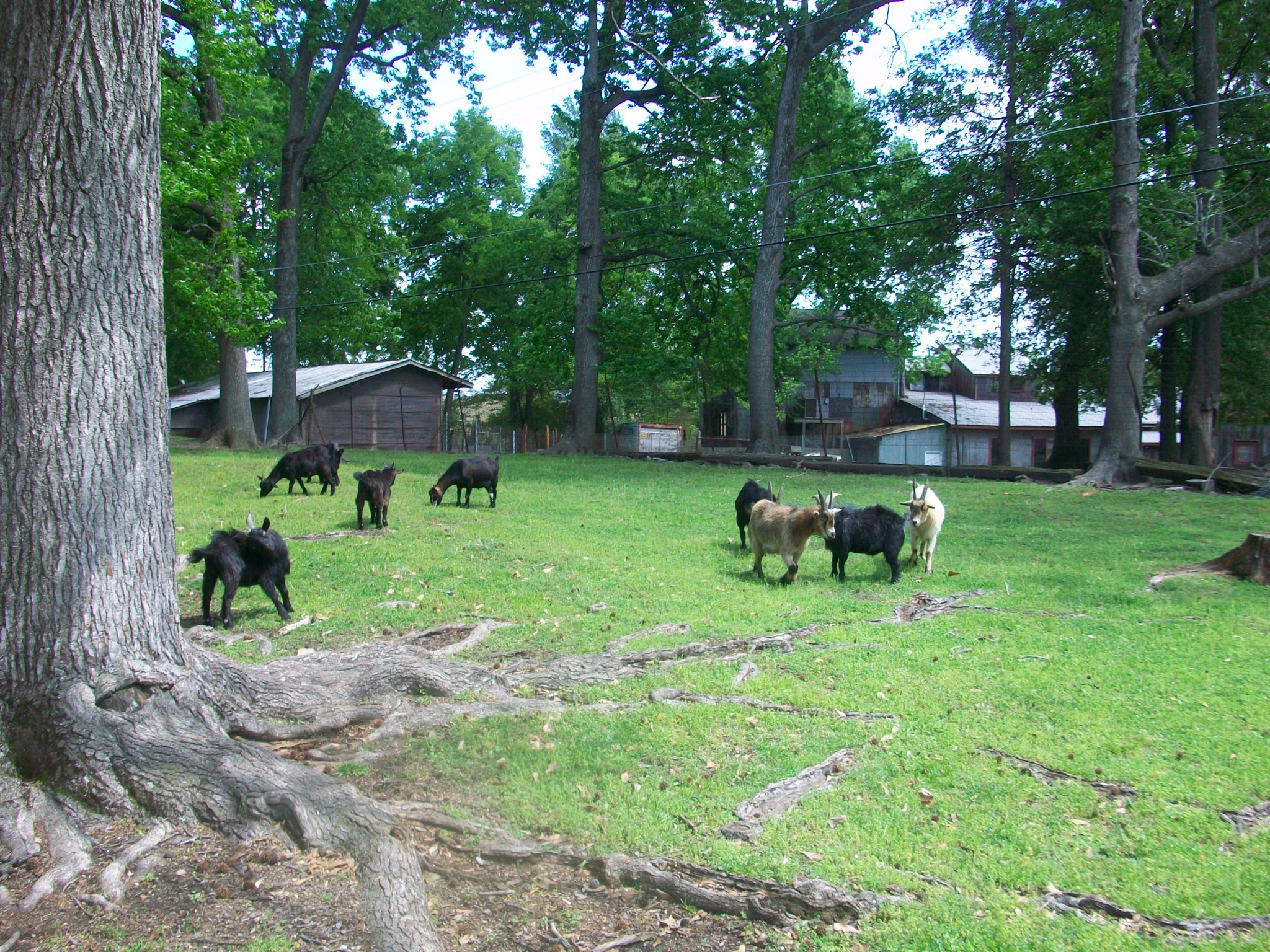 The road leading to the Goat Farm Arts Center is to be taken off the list of truck routes in Atlanta. Goats wandered behind a fence in this photo taken in May 2011. Credit: David Pendered

Atlanta is completing the first update since 1952 of the city’s designated truck routes, and one road that is to be removed from the freight map leads to the Goat Farm Arts Center. 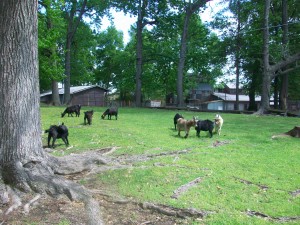 The road leading to the Goat Farm Arts Center is to be taken off the list of truck routes in Atlanta. Goats wandered behind a fence in this photo taken in May 2011. Credit: David Pendered

The roadway situation around the Goat Farm speaks to the complexity of managing truck traffic in a city that serves as a national cargo hub. Planners face the competing goals of reducing truck traffic on some roads to reduce traffic congestion and wear on roadways, even while aiming to facilitate truck access to freight centers, railroad yards, and Atlanta’s airport.

The truck route plan introduced Tuesday at the Atlanta City Council’s Community Development Committee is the result of two years of work by city planners, cargo carriers, and civic leaders. The plan is due for discussion at the committee’s next meeting, slated for Aug. 25. The plan could be adopted into Atlanta’s long-range transportation plan, Connect Atlanta, as early as Sept. 8.

In addition to the truck route list, the city is considering three more additions to Connect Atlanta. These plans address cycling, complete streets, and transit oriented development. The four plans are moving ahead as a package of legislation that will be considered simultaneously.

The truck route plan recommends the removal of almost 100 roadways from the freight map. The list of road to be taken off the list begins at page 23 of the report, Cargo Atlanta: A Citywide Freight Study.

Regarding the Goat Farm, the plan calls for Atlanta to ban trucks from the dead-end Spring Road, which leads to the Goat Farm from Huff Road and Foster Street. This area is near the city water reservoir, along Howell Mill Road near its intersections with 17th Street. 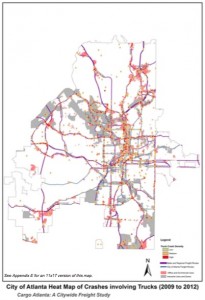 At first blush, this reclassification would seem to lighten the load of Spring Road. Given that trucks will be banned, there should be more space available to the artists and their patrons who use the performance center, studios, and organic farm.

However, big trucks haven’t visited the Goat Farm on a regular basis in years. The facility no longer serves as an industrial complex that shipped goods via the adjacent railroad yard or nearby Northside Drive, an interstate highway.

The red brick buildings at the Goat Farm haven’t been a production center since World War II, when they produced war materials. Prior to that, the complex produced machinery for the cotton industry. After the war, the industrial center fell out of use and several plans to convert it to apartments went nowhere.

For the past five years, the buildings have served as an arts center. Goats wander up to the fence to watch passersby. Railroad police keep an eye on the end of Spring Road and halt folks who venture onto railroad property.

The reclassifications that could have made a difference in the area’s traffic congestion would have involved the nearby Huff Road and Howell Mill Road. On these streets, residents and shoppers vie for space with 18-wheel tractor-trailers traveling between I-75 and the Inman and Tilford railroad yards.

However, the city proposes no changes to the status of Huff Road and Howell Mill Road. Both Huff and Howell Mill roads have been flanked by numerous apartment buildings in the past decade, adding to traffic congestion in the area.

As the report observes about Huff Road: “Continued freight connection for streamlined travel.”

Previous Article
His life might have been very different without his stepfather
Next Article
Column: Atlanta Rotarians funding final push to eradicate polio