At first state of the city speech, Atlanta mayor strikes tone of togetherness 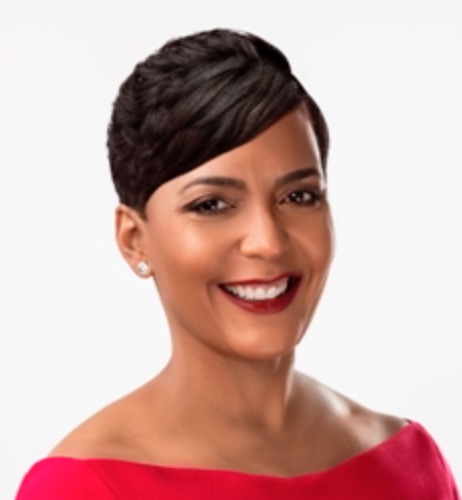 Atlanta’s a growing city, the crown jewel of the nation, declared Mayor Keisha Lance Bottoms in a major speech on Wednesday. But she said it’s going to to need to draw on a spirit of inclusiveness and cooperation to help residents, communities and businesses that are being left behind.

“This is paramount to our continued ability to remain a leader on the regional, national, and international stage,” Bottoms told several hundred people gathered at the Hilton Hotel Atlanta on Wednesday morning for her first State of the City speech.

She laid out some of the things the city needs to do: preserve affordable housing, improve education, provide job training and placement, expand transportation options and protect the safety and welfare of the city’s communities.

And she looked back a bit one some of the initiatives she’s signed in her roughly four months in office, like a job training program for folks transitioning out of prison, inking a deal to buy another major chunk of the BeltLine’s future path, and partnering with the Westside Future Fund on 51 new or soon-to-be-renovated affordable apartments.

That last one is a payment on Bottoms’ campaign trail promise to get $1 billion dollars — half public and half private — invested into affordable housing. 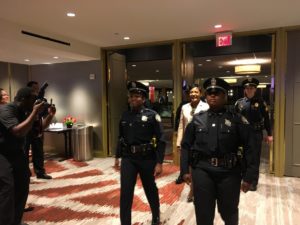 “While too many cities across America grapple with the erosion that comes with the division of the haves and the have nots, I am committed, with your help, to bringing Atlanta together so that every person and every community is empowered to contribute and share in the prosperity our city has to offer,” Bottoms told the crowd.

And she touched on what’s grabbing a lot of the headlines lately: the close look that authorities are taking into some of the goings-on at City Hall during the last administration.

As late as last week, the GBI was in City Hall, reportedly looking into allegations that the city wrongfully tried to withhold public records. And as late as last month, federal prosecutors demanded documents related to spending by former Mayor Kasim Reed and others.

It’s been a bit of an uncomfortable time at City Hall, but Bottoms said the trust between the city and the public will be repaired and she wants Atlanta to be a model for open government and public trust.

“Transformation takes time, but I believe that when we get to the other side of this mountain, it will have been worth the journey,” she said.