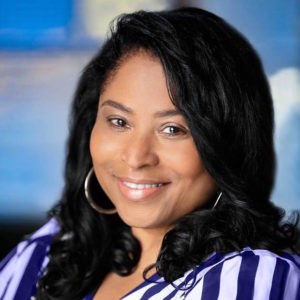 Andrea Boone is a City Hall veteran, as Kasim Reed’s Commissioner of the Mayor’s Office of Constituent Services; and before that, a top aide to Councilman C.T. Martin. She spoke to the Saporta Report via email.

A: At the top of my list for District 10 are addressing blighted properties, public safety, and resources for senior citizens.

In the first 60 days of my term, I will begin an inventory of District 10 housing conditions. I will work with Code Enforcement to prioritize blighted locations in District 10 where absent landlords/owners are letting their properties bring down the value of surrounding properties. I will be on the ground in the community and in the code enforcement offices to make sure we have a healthy, safe community that is free from the blight of vacant and abandoned housing.

The safety of District 10 residents, visitors, and businesses is critical and has always been of great importance. This was brought home to me last Saturday when I was robbed – in District 10 – by a young man who pointed a gun in my face and then ordered me to lie on the floor. He demanded my money, phone, and car keys. It was a terrifying and traumatic experience that I do not want anyone else to ever go through. Developing policies to recruit and retain Atlanta police officers will be a priority. Atlanta is below the 2,000 sworn personnel level that was determined to be necessary eight years ago. We must bring those numbers up by providing our police officers with incentives to join and stay on the force. Then we must build robust community policing efforts that deploy our officers into neighborhoods. Get them out of their cars and walking the streets and sidewalks of District 10.

I will collaborate with the Fulton County Department of Senior Services and engage non-profits to ensure services are reaching District 10 seniors. In particular, I will work to aid senior homeowners who want to age in place by securing funding (private, non-profit and government) for housing rehabilitation. In addition, I will work closely with the community and code enforcement to identify those seniors who can benefit from financial and volunteer assistance to bring their homes in to compliance.

A: Ensuring available affordable housing and mitigating displacement of residents in and around the BeltLine and other fast growing neighborhoods.

Q: What’s something Council has gotten right in the last four to eight years?

There is always room for improvement when it comes to bettering communication with citizens.

A: As Chief of Staff to District 10 Councilmember C. T. Martin for 19 years and as the Commissioner of the Mayor’s Office of Constituent Services for eight years, I have built strong and trusting relationships with the residents, neighborhoods, businesses, and community-based organizations in District 10, as well as throughout the city. I also have a deep knowledge of the city’s legislative and bureaucratic processes. Getting things done quickly, correctly, and effectively are hallmarks of my work.

Working in both the executive and legislative branches of city government, I have a broad and thorough knowledge of all city policies, including budgetary, tax, and planning. As head of a citywide office, I drafted eight annual operating budgets, managed a staff of 15, and oversaw the delivery of human and social services in every part of the city. I have collaborated and problem-solved with residents, elected officials, business leaders, community activists and department heads on vexing issues that have had citywide impact.

And I care deeply about the betterment of District 10’s – and all of Atlanta’s – citizens. For me, this is about public service. It is not a job or a career. This is service to the community, pure and simple. It is about listening and hearing the concerns of homeowners, renters, small business owners, seniors, youth, parents, and others. Then using the skills and experience I have gained in my 20-plus years working for the city to make life better for District 10 residents.

My father, the late Rev. Joseph E. Boone, taught my sister and me the profound importance of community work. The organizing he did with Dr. King for Operation Breadbasket and Atlanta University Center students to boycott segregated lunch counters are only two of many courageous stands he took in his lifetime. Growing up at his side, I learned that every person has value and his or her concerns matter and deserve respect. It has informed the way I approach issues and problems, and I believe it has helped me be successful in the work I do with people and communities.