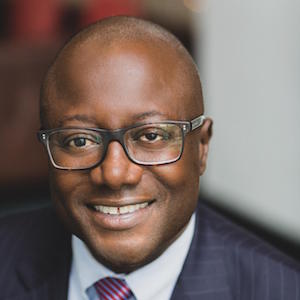 Bret Williams is a former federal prosecutor and is now in private legal practice. City Council would be the first elected post for the Virginia Highlands resident.

A: Crime. … There are a couple of problems. But primarily, Atlanta is the hub of distribution for illegal drugs on the Eastern Seaboard, the metro area. And as it grows that problem, if it’s not addressed, will only grow bigger. That’s one aspect of it.

The second aspect of it is that Georgia, along with the rest of the country, is experiencing a tremendous opioid addiction crisis and that’s something we need to get a handle around, and deal with both as a public health issue, but also as a crime issue.

And the third thing, having to do with sex trafficking. Atlanta, because of transportation, it is a hotbed for sex trafficking and we need to address that aspect of crime as well. So you got kind of three areas: illegal drugs, opioid abuse … and then sex trafficking.

A: As a Council member, one of the things that we need to focus on, that I would focus on, is changing or trying to impact the relationship and the way we deal with criminals. That includes both the district attorney’s office and the judges that we have. In essence, what you need to do I think is twofold: you need to first rehabilitate and aggressively and vigorously divert newbies. People that are new to the system that are first-, second-time offenders.

But concomitantly, you need to strengthen and basically whack veteran [criminals.] If somebody has committed 12 crimes in 12 months, they need to be incarcerated for an extended period of time. You need judges and a district attorney’s office that want to implement and believe in that strategy. Divert newbies, bang veterans.

Q: Tell people something about yourself: What’s an accomplishment you’re proud of, something professional personal, civic?

Professionally, being a prosecutor. I’m no longer a prosecutor, I’m now in private practice but I had been a prosecutor for approximately 17 years and it was a wonderful job because it required me to think deeply about what is justice. Not just whether you can hit the elements with a statute and convict somebody or whether you couldn’t convict somebody, and you have the evidence. But what is justice? That’s a long-standing, long-running conversation that’s been going on for thousands of years, what’s just?

Q: Looking at the next four to eight years, what’s an uncomfortable truth that the next Council will need to face?

Q: In the last four to eight years, what’s something this Council has gotten really right?

A: The Council has gotten it right by supporting and advocating for the BeltLine. That’s tremendous. That has the potential to transform Atlanta. Atlanta is a jewel, and as with anything, you can improve it or you can ruin it. I think the BeltLIne has been a tremendous, smart decision on the part of the city, the metro area. Pursuing that is just a wonderful thing. And if we get it right, it will be glorious.

Q: Again, in the last four to eight years, what’s something this Council has either gotten wrong or failed to do?

A: It’s not particularly just the City Council, but the City Council has not been able to assist the school board in getting things right with the school system. The school system here in Atlanta is a drag on, it’s not just a drag on things we talk about, productivity and job growth and things like that. No no, it’s soul-killing. For a person to be uneducated or to receive poor education is for a person to miss their chance to live a full life. I think that the school board, and the Council as a sister in that, have failed children.

A: First, they should go to my website, brwforatl.com. They should vote for me because if you look at all the three candidates, I’m the best candidate for this position. I bring the best experience, the best combination of different skills and also it’s not just simply a beauty contest. When you think about, ‘Who might best serve me?’ of course, you can’t get perfection. You can only choose among the options that you have. I’m that best option. I’ve got a background in enforcing the Voting Rights Act, protecting the environment and fighting crime. That’s what I’ve been doing for the last 20-something years. That’s why voters, should, if they take a hard look, vote for me. I’m the only real good choice for them if the take a look for Post 2. I’d be a great city councilman.