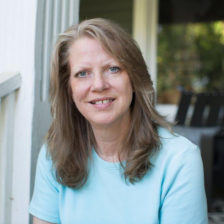 A: Quality of life. For me, quality of life is all-encompassing. It is everything because one of the problems that we face right now, I feel, is traffic. And so that is citywide. That is also one of the problems in the district that I represent. But probably the No. 1 problem in the district that I represent — of course problems are opportunities — is income inequality.

Q: What are some things that you as a Council member can do about this?

We can work with these education … institutions to help us with job preparedness, which will bring in businesses that need to place jobs and then that will work with my other thing, back to quality of life. Neighborhood stabilization is something that I’ve been working on forever and you can achieve that through zoning. Hopefully you can zone properties prior to the developer getting there and then the neighborhood will get what they want because they’ve had all of their true input, which is what we did over here at Turner Field.

We did that LCI [Livable Centers Initiative, a kind of planning study] which was the biggest one ever given out in the history of LCIs. We had almost $300,000 to work with, hired Perkins + Will, they were wonderful, had hundreds and hundreds and hundreds of people come out and give input on many, many meetings. And this was prior to the land being sold, and we zoned it prior to the land being sold so when the developers came in they have to work within the parameters that we laid out. So that’s just one little tool. We can use money from the housing opportunity bond, from the BeltLine Trust Fund, from the TADs [tax allocation districts] in the district that I represent because the BeltLine runs right through the middle of it. And we can keep affordable housing, plus we’ve got private development; we can work on all these levels for neighborhood stabilization.

A: Probably the most recent is the LCI. I am so proud of that and I will tell you that it’s my third LCI. So it wasn’t like it was my first rodeo. I did an LCI on Moreland Avenue which we’re implementing now. We’re actually working to realign Glenwood still. That has been the No. 1 priority and it’s the most expensive priority and of course it’s state and the local government working together, it’s a long story. I’m proud of that LCI which was my very first one, which was a smaller LCI. And then the second LCI I did was the Lakewood LCI and I learned so much from that LCI. I was just about finished with that when the Braves announced that they were leaving. …

The LCI, I will say this last one [Turner Field] has been exactly what an LCI is all about. It’s like I said, our very first implementation step was the rezoning. We did that before the property even sold, so it truly is following a list of steps and progressing and moving forward in a way that the other ones haven’t because there are so many pieces of property in the other ones and it’s, because of the Constitution, you can’t tell people what to do, but on this particular LCI we were able to tell them what to do.

A: We’re losing a lot of people because people are jumping off of the City Council bridge, if you will  not running for re-election.] For right now that’s kind of true. There’s only going to be a few of us with institutional knowledge, we know how the process works and again, I’ll just look at it as an opportunity. There are going to be a lot of new people on the Council, so it’s going to be fun to meet new people, but then it is going to be a challenge in that we may have to move a little slower, and as you know government moves slow already. When you’ve got new people that don’t know or understand, we can’t just plow through and say, ‘Oh well you’re new.’ We need to slow down, take a deep breath and work with the new people.

Q: What’s something this outgoing council has really gotten right?

Q: What’s something this outgoing council has either gotten wrong or failed to do?

A: I can’t think of anything. Maybe I’m just very positive. I really don’t look at negatives very often. …

Q: Big picture: why should people vote for you?

A: … I do understand the inner workings of City Hall. I am able to acclompish things. I work at this job pretty much 24-7. I shouldn’t admit but I am truly a workaholic at this job. I will take phone calls in the middle of the night, I will help people, I truly care.

I also build consensus, I ask for the neighborhood’s advice on everything. When a developer calls, I don’t meet with the developer, I send them to the neighborhood association, the NPU, I send them straight out there. And then that way, it goes to the neighborhood first and it doesn’t feel like I had my fingers all in it before it went. I truly let the neighborhood bring it to me and if they work it all out, then I can get it through City Hall because I do know how it works. And I believe my district … knows what it wants and I trust the district that I represent and they can trust me to do the right thing for our district.