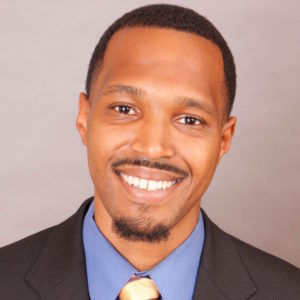 Atlanta City Council District 4 would be the first elected office for Dan Burroughs, a bartender whose side jobs have included church guitarist and rideshare driver. He spoke to Saporta Report via email.

Q: What’s your number one concern for your district specifically?

A: My No. 1 concern for District 4 is maintaining and expanding the availability of affordable housing, which includes mitigating the negative effects of gentrification. Many in my district are working-class and elderly, and while there are many renters, there are many homeowners as well. Both my neighbors and myself find it appalling that anyone should have to be uprooted from the property that they own because of outside influences (nearby development and higher assessed taxes) which they have no control over. Additionally, it is offensive to witness entire communities of renters, especially those in good standing, such as is the case at Donnelly Gardens, being driven out of their long-time homes because new investors want to transplant a wealthier class of residents by suddenly, steeply hiking rents and credit score requirements, often without any significant improvements to the units themselves.

A: I would support the implementation of inclusionary zones to bolster the availability of affordable housing, while also achieving those ends through bringing communities and developers to the table to negotiate with each other. When it comes to selling city property for housing development, I would require that 50 percent of the created units be considered affordable. I will use all public forums to build support or opposition for major developments depending on their potential for harm or growth. I will use my office to educate citizens on how to appeal their property tax assessments, as well as band with the rest of City Hall to lobby Fulton County to rework the property tax assessment formula to produce a less destructive rate of property value growth. Finally, I will propose ordinances which limit the amount by which landlords/management companies can increase rents year-to-year on established occupants, especially in the absence of significant improvements.

A: The truth is that unless Atlanta can offer world-class public education to all students, specifically an education which teaches finance, entrepreneurship and creative, critical thinking, we will continue to place dead last in upward mobility, and worse yet, we will collapse into mass poverty, with only a handful of business leaders reaping Atlanta’s benefits.

A: I approve of City Council successfully lobbying for and enabling the collection of much-needed sales taxes for transit, which will enable us to finally create the kind of highly effective, 24/7 public transportation system which Atlanta deserves.

Q: What’s something Council has gotten wrong or failed to do in the last four to eight years?

A: City Council has failed to maintain an environment of widespread housing affordability, and this is largely due to favoritism being shown toward high-end developers, as well as a lack of initiative and accountability in protecting the interests of working-class families in the face of rising property taxes. It’s also worth mentioning that the Council, as a body, has failed to maintain the dignity and trust accorded to it by becoming mired in scandal.

A: While there are several candidates who could be effective, moral, and understand District 4 and the city’s challenges, I’m the only one who has articulated the intersectionality of all of these issues, and who is also willing to look at these issues from a multigenerational perspective. Additionally, my own experiences as a young, working-class Atlanta native make me more representative of the District’s demographics than the other candidates, and therefore particularly knowledgeable as to how City Hall’s decisions affect the economically vulnerable. Finally, I have the passion, the drive and the idealism necessary to fiercely champion the needs of District 4 residents, without diluting my effectiveness by making unnecessary concessions to the interests of the wealthy and powerful.