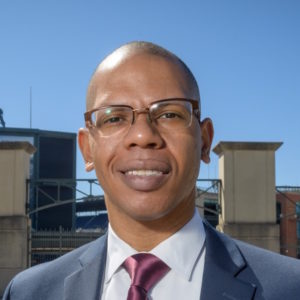 Atlanta City Council would be Jason Dozier’s first elected office. He served in Afghanistan in 2010 and 2011, where he coordinated special operations missions among numerous U.S. and Afghan forces. He said that work is a testimonial to his belief in the power of collaboration and communication. He spoke to Saporta Report via email.

A: Displacement caused by the lack of affordable housing. I believe that it’s the No. 1 issue facing District 4, as well as the City of Atlanta as a whole.

District 4’s median household income is only about $24,000 (almost the lowest in the city). More than 64 percent of District 4’s households are renter-occupied, and rents have gone up nearly more than 20 percent in just the last three years in some of our communities.

Our homeowners are vulnerable as well — 40 percent of homeowners in District 4 spend more than 30 percent of their monthly income on housing (the national standard for housing affordability).

Transportation costs are a major part of this equation. Nearly 40 percent of households in southwest Atlanta don’t own or have access to a car as their primary means of transportation and have to rely on alternative forms of transportation to get to work, school, daycare, and everything in between. Atlanta’s job centers are clustered in the northern reaches of the city while many of our working families must spend hours commuting via bus and train in the early hours of each day.

There is an imbalance, especially since the communities that need alternative transportation amenities the most have the least access to those amenities. Myriad sidewalks and bicycle lanes adorn northeast Atlanta, while in the southwestern reaches of our city, children must walk in the middle of the street dodging unfettered vehicle traffic, only to arrive at whichever pole in the ground denotes their local bus stop. Equitable investment in safe transportation infrastructure is key to bringing all Atlantans together.

We must act with urgency as Atlanta is expected to grow by another 1 million people over the next 35 years.

First, City Council must ensure that the citizens and families that have been the organizational backbone of our communities for decades can continue to shape our city’s cultural legacy as we gain new residents.

And recognizing that transportation costs are an important part of this equation, City Council must support low-cost transportation alternatives by: (1) treating sidewalks as shared resources and commit the city to invest in fixing the backlog of sidewalk repairs while investing in new pedestrian infrastructure; (2) expanding Atlanta’s bicycle infrastructure to ensure that access and connectivity is safe and equitable; and (3) partnering with MARTA to identify opportunities to enhance existing bus stops with benches and shelters to make multi-modal transportation seamless and to make bus ridership a much more dignified experience.

There is far too much inequity in this city, and much of that has been caused by city-led policies that have concentrated poverty, reduced transportation alternatives, and facilitated the displacement of our residents. Urban renewal killed many of our communities, destroying homes, businesses, and cultural institutions. Instead, we’ve built parking lots, highways, and sprawling government complexes that disrupted the urban fabric and destroyed the quality of life for too many of our residents. We must recognize the city of Atlanta’s role in the disruption of our working communities if we are to repair and restore those communities.

Q: What’s something Council has gotten right in the last four to eight years?

A: I view Atlanta’s financial position as strong, and I recognize that this is because the mayor and City Council worked together to make the difficult and necessary financial decisions which ensured the city’s fiscal solvency. That solvency worked to give us the $175 million reserve fund that we enjoy today. However, we must be willing to reinvest in our city so that we can meet future challenges head-on. Addressing infrastructure, housing, and public safety concerns today would ensure that have a stable and sustainable economic engine five, 10, or 15 years from now.

A: There is far too much inequity in this city, and City Council hasn’t done enough to reduce economic and racial disparity across Atlanta. It is commendable that many of our officials are publicly endorsing conversations around affordable housing. I believe that we should have put these initiatives in motion years ago. Though we’re playing catch-up, it’s already too late for many of our displaced families, and we have a long way to go to make up the ground we’ve lost over the last decade.

A: I am an Atlanta native, a public school graduate, a United States Army combat veteran, a community activist, a daily bicycle, bus, and train commuter, and a director at a $7 million/year national nonprofit organization. Because of these diverse experiences, I believe that I am uniquely qualified to take Atlanta’s challenges head-on.

I’m running to build a vision of Atlanta that recognizes the importance of our communities in our city’s decision-making process. Valuing our communities encourages Atlanta to aggressively champion our neighborhoods, our historic institutions, and our working families. We must preserve Atlanta’s position as a center of culture, heritage, and history, and that preservation can only happen when our city’s residents and institutions can afford to remain in the city. An aggressive community-based agenda would work to preserve this legacy.