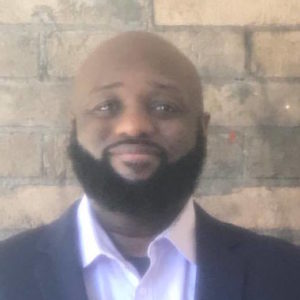 Q: My number one concern for district 12 is that it’s without a true Council person that shows concern for the communities and its citizens. We have abandoned homes, potholes, increased violence and an entire district that does not know who the Council person is, and by the way she has been in office for 13 years as she is quick to announce.

A: As councilman I will do everything I can to bring us together as a whole no matter your race, religion, gender or creed. I will make everyone feel important and a part of the district and be a leader that is known and show actions of improving community relationships with law enforcement and citizens, decreasing crime and increasing the infrastructure entirely to beautify the inner and outer district.

Q: What’s an uncomfortable truth that the next Council needs to face?

A: An uncomfortable truth the next councilman will face is they must rebuild the district and gain trust in the people because of the mistakes of the last Council person.

Q: What’s something the Council has gotten right in the last four to eight years?

Q: What’s something the Council has gotten wrong or failed to do in the last four to eight years?

Q: Bottom line, over all, why should people vote for you? What’s your pitch to voters?

A: Voters should vote for me because of my passion to make District 12 look and feel a lot better as far as the infrastructure, increased jobs and wages, decrease in crime by bringing law enforcement and citizens closer together, my being born and growing up in District 12 is a plus because I know how it feels to see things wrong but have no voice so I will be a voice for those who feel as though their problems are not being held.

I will not be a rubber stamp and sell out my district like those before me but I will put my money where my mouth is and give away half of my salary to go towards the district to show actions that help is not only on the way but, it’s here because Michael Jackson is the new city councilman for Atlanta District 12.