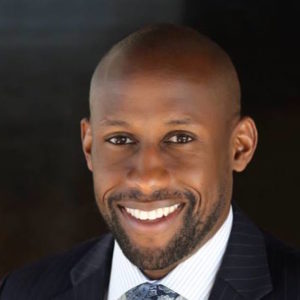 Q: What could you as a City Council member do about these concerns? What are your policy ideas?

Philosophically, what I really want to do is be a better neighbor to my quote-unquote constituents. I want to make sure that I’m serving them, that I’m listening to them and that I’m aggressively pursing the goals, the solutions, the results that they’re looking for from City Hall. That’s from a leadership and representation perspective.

… I spoke about food earlier. As I go into any and all of my neighborhoods throughout the 12th district, people continuously, regularly talk about the lack of food. Whether it be unhealthy grocery stores, whether it be unhealthy restaurants. It just seems as if everyone has that complaint, and rightfully so. We only have one major grocery store, the Kroger on Cleveland Avenue, in our district.

With that in mind, I know Invest Atlanta [the city’s economic development authority] is coming up with new products almost every year to address our small businesses or incentives for businesses. So I want to work with Invest Atlanta, work with the various agencies at the city, state and federal level, to figure out what we can do to support our communities in food deserts. That’s my No. 1 goal: to end food deserts.

I think I’d do that while being a good leader and representative of the folks in the district.

Q: Turning to Council, what’s an uncomfortable truth that the next Council will need to face?

I think the forces that are driving people out are due in large part to the prosperity that the city has been fortunate to have experienced over the last four to eight years. But at the same time, we haven’t been thoughtful enough, protective enough of those families … that don’t have as great of accessibility to those opportunities. Either they’re not socially networked in, or academically eligible. Perhaps they have various issues that will keep them from accessing some of the opportunities that the prosperity of Atlanta has brought to the city. So I would say that’s forcing that gentrification, that’s forcing some of the displacement.

I don’t think in our property, in our growth, in our desire for intense growth, that we have been as cognizant or thoughtful, certainly we haven’t been as helpful in terms of ensuring some of our long-established or disenfranchised citizens have legitimate accessibility to the prosperity that Atlanta is experiencing.

Q: Looking at Council still, over the last four to eight years, what’s something that this Council has gotten right?

I do think that there are neighborhoods that have been left behind. District 12 is one of those groups of neighborhoods. …

I think that citywide, we have new toys, we have new amenities. Citywide, what we have done right is been able to bring new amenities and attractions, to keep Atlanta on that leading edge of growth and opportunities and excitement, especially for young people coming out of college …

Atlanta continues to be a city that people that want to be in — whether it be for entertainment purposes or professional purposes — I don’t know how concertedly that was done.

Q: About Council again over the last four to eight years, what is something they have either gotten wrong or failed to do?

A: I can speak specifically to my district: a lack of that prosperity trickling down Metropolitan Parkway, Cleveland Avenue, throughout our side of the city. So that’s the concern, that’s the reason why I’m running: I feel as if our city has a lot going on, but for whatever reason, our district and everyone who lives in our district, are relatively disconnected from that growth and prosperity.

I believe that through a change in leadership and representation that I can be a facilitator of that growth and a facilitator to that point where it’s accessible to everyone. Everyone who lives in the district, not necessarily planning for a future population or trying to set the stage for another group, but for everyone who lives in our community, which means that we have to meet them where they are and provide those goods and services that they will appreciate.

Q: Overall, bottom line, what’s your pitch to voters? Why should people vote for you?

A: My platform is simple: going to help people be better neighbors, work on affordable housing, school engagement, economic development. Can’t do any of that without clean and safe neighborhoods.

As I present myself to neighbors, I say I want to take care of neighbors in a way that yields better results than what we’ve currently been receiving. … I hope that through better leadership and better representation, I’m effective, less frustrating when you’re trying to get things done through the city, through government in general. I want to be a representative, I want to be a leader, I want to be the chief advocate for my neighbors to ensure that they have a quality of life that’s indicative of their living in Atlanta.

I want to serve my neighbors and I feel as if, not only in District 12 but specifically in District 12, our neighbors have been underserved for a long time, not just over the past four to eight years, but for a very long time. I think that it is no longer in our best interest to continue with our current representation because it’s evident to me that our current representative isn’t either interested or able in moving the district forward very well. I don’t think she has that skill set. I think she’s done a lot of good work but at the same time I think a shake-up is where we need to go. …I don’t think she is interested in serving the entire district, as is required of that position. So, as far as the reason why I’m running is, I feel as if the job she’s been doing isn’t good enough. I think the status quo in District 12 is not good enough.