Atlanta issued building permits for $4.6 billion of new construction investments in fiscal 2017 and charged the same rate for impact fees as in 1993 – money that’s used to improve mobility, parks and public safety. The mayor’s office says any potential revisions in fees won’t be ready until June 2021, not the February 2020 date sought by some on the Atlanta City Council. 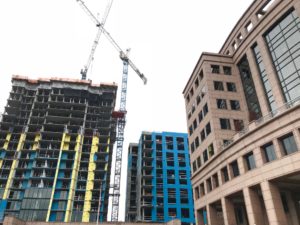 The council started in January on its effort to raise impact fees. The goal was to have a new fee schedule in place by February 2020, in order for the expected additional income to be incorporated in the city budget the council’s to adopt in June 2020.

Atlanta Mayor Keisha Lance Bottoms’ administration  said this month it will take 12 months to 18 months to recommend any revision of the fee structure. That accounts for time to review the existing impact fees, evaluate the city’s growth, and recommend any changes.

In addition, the timeline eases pressure on the city’s planning staff at a time it’s under duress over a proposed new tree protection ordinance. The current draft evidently was withdrawn this month after residents voiced intense criticism.

Impact fees have been under review since at least 2012. Efforts collapsed then, and again in 2017. 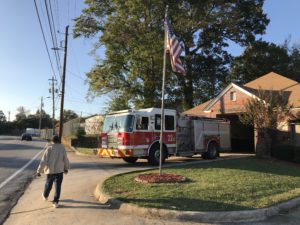 Atlanta intends to replace Fire Station 22 and had to locate a source of funds in addition to impact fees. The station is located along Hollywood Road, in a burgeoning area off Donald Lee Hollowell Parkway. Credit: David Pendered

Meantime, peer cities have raised their impact fees and one, Miami, provides an easy comparison of money raised to pay for public amenities – transportation improvements; police, fire and EMS facilities; and parks.

Considering only impact fees that are collected on houses, Atlanta could raise an additional amount of up to $9.5 million per year. This figure is based on impact fees charged by Miami and Atlanta, and the sum is calculated on the 797 building permits for houses, duplexes and prefabs the city’s current budget states were issued in Atlanta in the fiscal year ending June 30, 2017, the latest year available.

The figure of $4.6 billion in building permits for new construction relates to this year, and both are the latest available as cited in the city’s current budget.

Atlanta’s total sum that could be available from higher impact fees is much larger than that $9.5 million figure. Impact fees are levied on apartment buildings, as well as commercial developments, and those fees haven’t been adjusted since 1993.

The shortage of impact fees to help pay the costs of a fire station planned to replace Fire Station 22, in Northwest Atlanta, propelled the fees to the forefront of debate. Councilmember Dustin Hillis and others scrounged for funds to build a new station and the search helped reignite the issue.

An exchange between Hillis and Janide Sidifall, a deputy commissioner in City Planning, during the Nov. 12 meeting of the council’s Community Development Committee included these remarks: 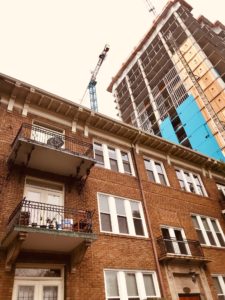 Atlanta’s decision to not raise impact fees since 1993 may have contributed to the construction that occurred in the past 26 years. Credit: Kelly Jordan

To which Sidifall responded that 30 percent of the trips into Ponce City Market arrive by foot from the Atlanta BeltLine. Sidifall didn’t identify a source of the 30 percent figure. But, she said, walk-in traffic at Ponce City Market is the type of trip generation statistic that must be collected and analyzed in any review of the impact fee structure and its use to improve transportation.

This detailed review and consideration is the reason the city and, likely, a consultant will need up to 18 months to recommend any revisions, according to Sidifall.

Turning to the issue of equity, Sidifall said an equity analysis of spending impact fees will be included in the administration’s next report on impact fees it makes to the council, sometime in January.

Councilmember Marci Collier Overstreet raised the issue in her questions to Sidifall. Overstreet said neighborhoods shouldn’t be cut out of new public improvements on the basis of the impact fees being generated by new development in other areas of the city.

“We’re missing equity,” Overstreet said. “We have to track how we spread out the dollars, especially if we’re talking about changing the structure to capture current dollars in the marketplace now. We don’t want to exasperate a problem that is already a problem.”

Sidifall responded that the administration is in the process of establishing a report of best practices and an equity analysis.

The state’s Development Impact Fee Act does not appear to use the word, equity. The law does appear to provide local governments with considerable leeway in the use of impact fees. Here are two pertinent passages: 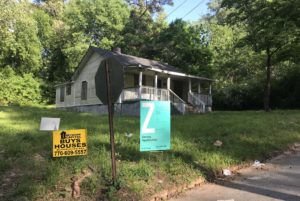 The rezoning application indicates the applicant intends to build two houses on this lot, likely after razing the existing house in the Carey Park area of Northwest Atlanta. The impact fees will be based on the 1993 schedule. Credit: David Pendered