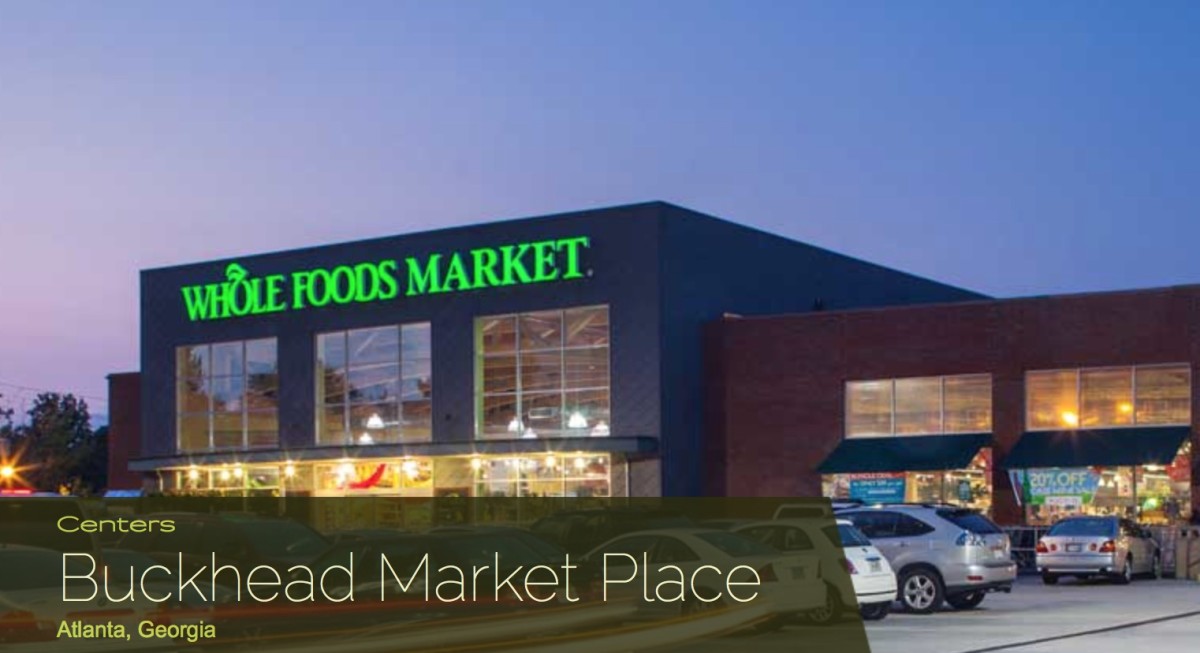 The Atlanta City Council on Monday is slated to consider a vote to overturn Mayor Kasim Reed’s veto of the council’s plan to use $800,000 in city funds to extend Moores Mill Road, in northwest Atlanta – an issue that roiled on Reed’s Facebook page.

The controversy involves the source of funds to extend Moores Mill Road in order to facilitate a planned mixed use development valued at close to $100 million. The council authorized the use of funds collected through impact fees. The mayor said in his letter he learned after the council vote that more federal funds are available than the council had contemplated.

Reed’s veto letter was posted on his Facebook page Nov. 12 at 2:52 p.m. The first response was posted five minutes later. The next day, one author issued Reed a warning to prepare for a recall effort:

“PREPARE FOR A RECALL MAYOR!!! This is unacceptable and you should be removed from office,” stated a comment attributed to Michael Richhart.

Another writer brought up the purported battle between Reed and Atlanta Councilmember Felicia Moore:

“Why are you using my neighborhood as a means to continue your petty war against Felicia Moore?,” stated a comment attributed to Amy Morris. “Rescind the veto and have a mature conversaion with the council if you are really committed to revitilizing the area. Show us that you are above these games.” 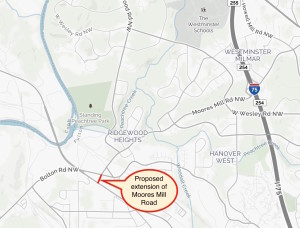 In all, 19 comments were posted on the thread created when Reed’s letter was posted.

Moore was the lead sponsor of legislation that 10 councilmembers co-signed.

The legislation, 15-O-1490, called for Atlanta to spend $800,000 collected from impact fees on a 900-foot-long extension of Moores Mill Road. Moores Mill Road now ends at Bolton Road, and the plan is to extend it to Marietta Boulevard.

The roadway extension is a critical part of a planned mixed use development with a total build-out cost of $90 million to $100 million. A residential component would provide 345 homes, at a cost of about $40 million. A commercial section, priced at $50 million to $60 million, would bring neighborhood service retailers to an area that’s an hour bus ride from the nearest grocery, according to the legislation.

The commercial core would provide:

According to the legislation, EDENS, a national shopping center company, plans to build the development on land bordered by Bolton Road, Coronet Way, and Marietta Boulevard.

One of the pioneers in redeveloping residential in this area, Steve Brock, said more than a dozen years ago that the area is poised for redevelopment – if a shopping center could be built to serve buyers of new homes.

The council unanimously approved the paper, by a vote of 10-0, at its Nov. 2 meeting.

Reed returned the legislation as vetoed on Nov. 10. Two days later, he posted the following letter on his Facebook page. Here is the letter, in its entirety:

I am committed to the revitalization of northwest Atlanta communities that have been underserved and neglected for decades. The promise of the Perry Bolton TAD, established in 2002, had gone unrealized and the vote taken by the Atlanta Development Authority in December 2007 to fund the Moore’s Mill Village redevelopment through the TAD was little more than wishful thinking until my Administration engaged the issue and determined to fight the necessary legal battles to validate and issue $21,000,000 in bond funds.  In addition to providing funding support to the West Highlands residential redevelopment, Bolton Village and construction of Fire Station #28, Perry Bolton TAD funding has been committed for the following Moore’s Mill Village center projects: a. CVS Pharmacy build-out – $300,000 b. Retail center/Publix – $4,700,000 c. Moore’s Mill Road extension – $500,000

Only through the work of my Administration has any progress been made on the Moore’s Mill Village redevelopment. My veto of the legislation appropriating $800,000 in city funds to the Moore’s Mill Road Extension Phase 1 project was prompted by information supplied on Monday, November 9 and Tuesday, November 10, 2015 that $2,000,000 in federal funds had been authorized by the Federal Highway Administration (FHWA) in May 2015. Further, at the City’s request, the FHWA funds were “flexed” into Federal Transit Administration funds, which require a smaller percentage in local matching funds.

Both the FHWA release of funds and the FTA’s approval of the City’s request to transition the funds to FTA dollars have several positive implications for this project and the City of Atlanta:

Since 2010, my Administration has leveraged approximately $157 million in federal dollars to support the City of Atlanta. Failure to fully utilize funding support from our federal partners is wasteful, compromises future funding opportunities and represents a dereliction of duty on behalf of any elected official.

Previous Article
“Steve Jobs” – An overlooked insight into a piece of Americana
Next Article
Sources: GE is not moving its corporate headquarters to Atlanta