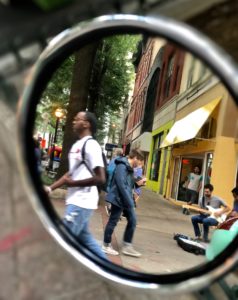 Downtown Atlanta’s Fairlie-Poplar District offers a certain perspective on the world. Atlanta is to pay for measures to make the area more pleasant for pedestrians and musicians alike. Credit: Kelly Jordan

The result of the votes is a list of 17 projects that aim to improve mobility in Downtown Atlanta, which is part of Farokhi’s district. The selected projects run a wide gamut – from adding handicapped access ramps, and trash and recycling bins, to removing signal crossing buttons and studying the possible removal of stoplights at little-used intersections. Cycling got a significant nod, in the form of support for creative bike racks and secure bicycle charging stations.

Money for the projects is to come from unspent proceeds of the Transportation Special Purpose Local Option Sales Tax. Specifically, funds that had been linked to projects Downtown and are not necessary for those purposes.

The full list of projects selected by voters is available on the Downtown Decides! tab of Farokhi’s website.

In the bigger picture, Farokhi noted, the exercise in participatory budgeting shows a healthy appetite among individuals for using their vote to directly influence projects that directly affect them. The final count showed 3,479 individuals voted. Farokhi observed in a statement released Monday: 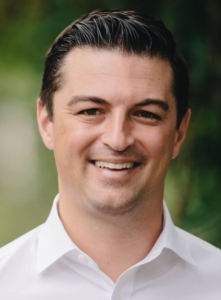 Farokhi and his supporters worked in tandem with the Atlanta Downtown Improvement District. Organizers met their deadline to conduct the online balloting in May, despite the challenges of the COVID-19 pandemic and, in the final days, concerns related to the death of George Floyd while in the custody of the Minneapolis Police Department.

The elections process was open to Atlanta residents who live, work, study or visit Downtown Atlanta. The process started in November 2019. 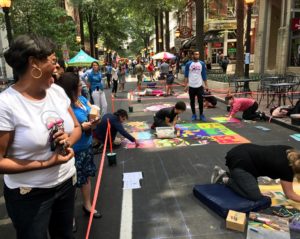 The notion of developing a vehicle-free area in the Fairlie-Poplar District of Downtown Atlanta was strongly endorsed by voters in Atlanta’s first experiment with participatory budgeting. Atlanta will provide funds to promote the concept. Credit: Kelly Jordan

At that time, the public was invited to recommend transportation improvement projects in a specific area of Downtown. More than 100 proposals were submitted, and they vetted for feasibility by city officials. Thirtythree ideas made the final ballot and 17 projects made the final cut. The construction timeline is to be devised by the city’s still-forming Department of Transportation.

Farokhi initiated the participatory budgeting exercise with a high measure of idealism. Farokhi portrayed it as a way to renew the public’s confidence in government. Writing in a guest column posted Jan. 13, 2019 in SaportaReport, Farokhi observed: