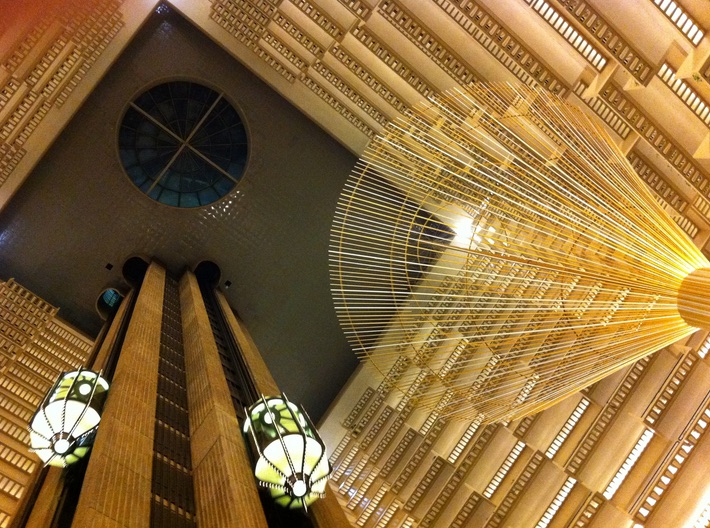 The Hyatt Regency is among a number of hotels in Atlanta that have invested heavily in sustainability, according to the industry's representative. File. 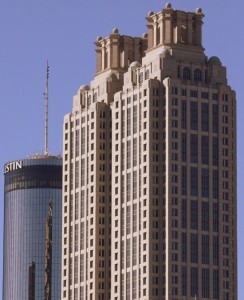 “I can tell you, last week, when this was first being presented to council, I got a call from corporate and they had just heard of it,” said Michelle Dixon, who oversees Cousins’ 191 building in downtown Atlanta.

Cousins’ president and CEO is Larry Gellerstedt, the current chair of the Metro Atlanta Chamber. Gellerstedt is the immediate past chair of the board that oversees the Woodruff Arts Center.

Environmentalists headlined by Rutherford Seydel prevailed against Cousins and other real estate interests in a vote by an Atlanta City Council committee.

The Atlanta City Council’s Community Development Committee approved the proposal and scheduled it for a vote at the next council meeting after spring vacation, April 20. The committee provided the industry with a formal method for suggesting amendments to the legislation over the next three weeks.

The financial stakes are significant in Atlanta, where compliance costs could reach $50,000 per hotel, according to Ron Fennel, executive director of the Atlanta Hotel Council.

Fennel said he learned only recently of the city’s sustainability plan. After 16 years of serving the hotel council, he said he expected the city would not overlook him or the hotel industry.

“Not one of these meetings included me,” Fennel said of meetings that Reed’s administration evidently convened with unspecified interests to discuss the proposed legislation.

Reed’s deputy chief of staff, Katrina Taylor Parks, characterized the uproar from the commercial real estate sector as a dispute over a measure that has very few teeth to curb consumption.

“We have made the paper almost to the point of being innocuous,” Taylor Parks advised the Community Development Committee at its Tuesday meeting. “What I am saying is that this department [sustainability] and administration have worked tirelessly to make concessions. … We have bent over backwards to work with the industry.”

Denise Quarles, Atlanta’s sustainability director, said the proposed ordinance would apply to 2,400 of the 17,000 commercial buildings in the city. The ordinance has four components:

Seydel was the marquee name in a contingent of advocates supporting 15-O-1101. The list of supporters included Jamestown Properties, the Sierra Club of Georgia, Center for Sustainable Communities, a doctoral candidate at Georgia Tech, and Southface Energy Institute. 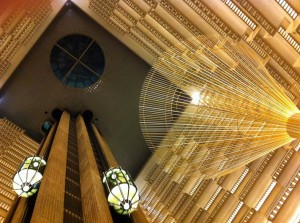 The Hyatt Regency is among a number of hotels in Atlanta that have invested heavily in sustainability, according to the industry’s representative. File.

Seydel took a moment to remind listeners that he and his spouse, Laura Turner Seydel, built the first Gold Leed certified home in the southeast. It may have been the first in the country, he said, referring to a designation by the U.S. Green Building Council. Seydel and his spouse helped create the Chattahoochee Riverkeeper, which filed a lawsuit against Atlanta that resulted in the city’s $4 billion-plus effort to upgrade its water and sewer systems.

Jim Early, with Georgia Power, followed Seydel. He said the power company sees opportunties and concerns. The concerns he cited appeared to outweigh the benefits, with a list that included an increased workload to perform energy audits and increased costs to customers if they wait till yearend to ask for help performing an energy audit.

Nancy Duncan took the podium a few speakers after Early. As a general manager with Portman Management Co., Duncan oversees SunTrust Plaza and noted that the cost benefits of energy savings accrue to tenants even as the cost of such improvements are paid by Portman.

“We have been part of the Atlanta Better Buildings Challenge,” Duncan said, referring to a program that provides incentives for commercial buildings to reduce consumption. “What we would like to see is more support for that program. It is a carrot, rather than a requirement, and we feel that is a better approach.”