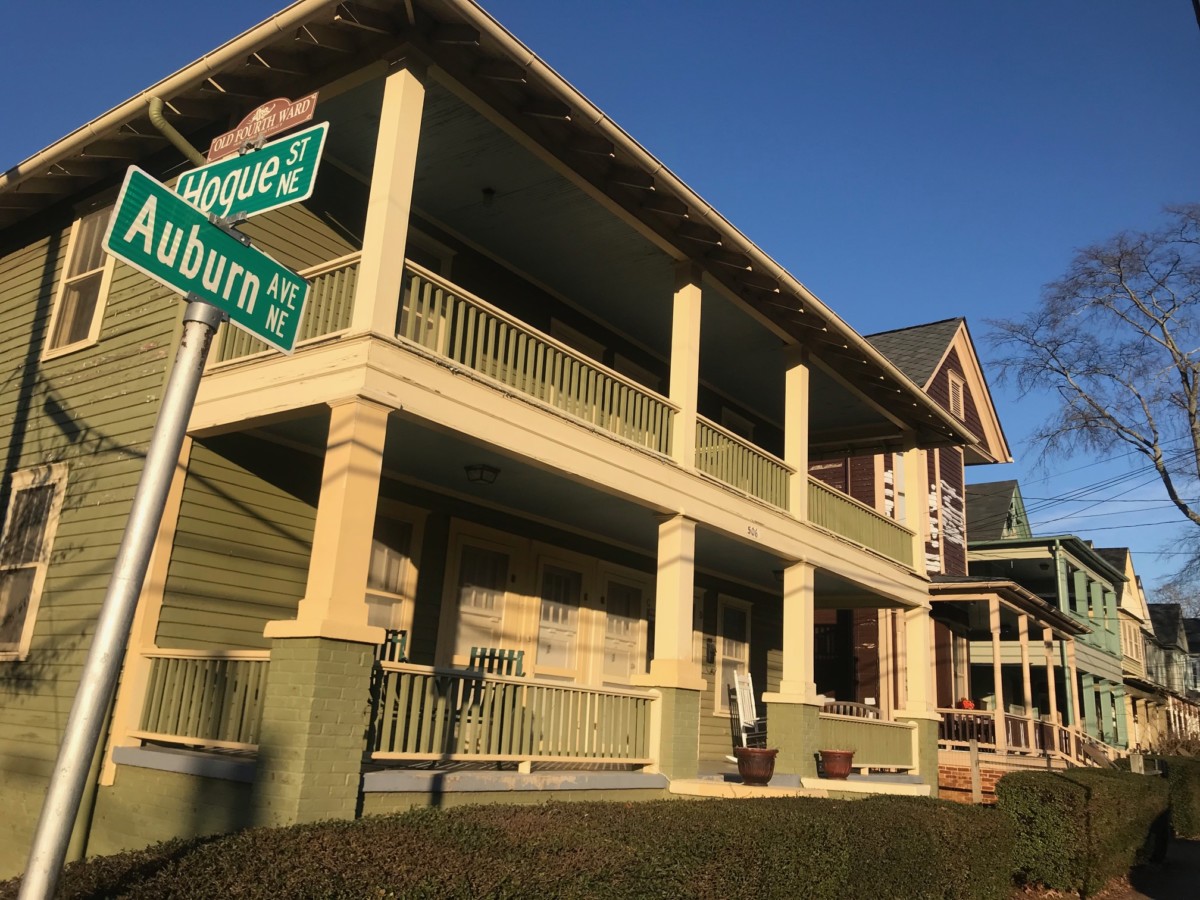 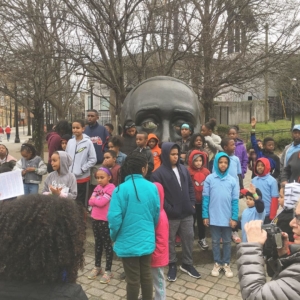 This particular post and subsequent comments on my various social media accounts helped me realize I wasn’t alone in wanting to see more from Auburn Avenue.

What I’m most concerned about is Atlanta’s current development and gentrification trends are threatening the character of our most important street.

This also led to one of the earliest known examples of “the Atlanta way of doing things,” a coalition of Black bourgeois and white business elites working behind the scenes to ensure Atlanta’s public face is never stained by social strife.

Partly because of the destruction of Decatur Street during the race riots, Auburn Avenue emerged as not only a stronger black central business district, but as one of the most important centers in the United States. 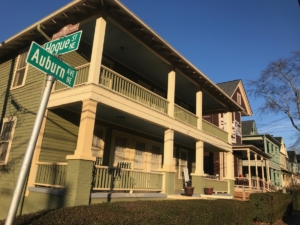 Throughout the next nearly 50 years, Auburn Avenue routinely received national attention for its success. Fortune magazine named it “the richest Negro street in America” in 1956.

Urban renewal efforts and interstate highways were explicitly developed in Black neighborhoods, permanently suppressing economic mobility. The ensuing expansion of the highways led to the white flight of Atlanta during that period, and Blacks moved to those formerly white neighborhoods.

These migrations have been accompanied by decades of ‘Black Flight’ and increases of national Black in-migration waves into metro Atlanta. From the 1980s to the early 2000s, the most economically-mobile Blacks moved further into South Fulton and South DeKalb. And after 2000, there was an influx of Black migration into Cobb, Gwinnett counties as well as the outer exurbs – following patterns of white flight.

Auburn Avenue throughout these periods has seen promises of revitalization with most not panning out. This has left Auburn Avenue in a precarious position as cars have made it easier to bypass the district as people have left the city for the suburbs. 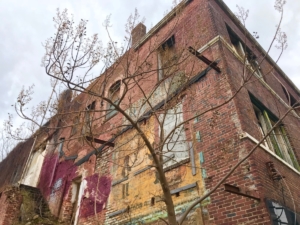 The Atlanta Life Insurance Local Office and Gold Dust Twins advertisement. This gem of a building is needing repair on Auburn Avenue
Photo By Kelly Jordan

Recently Atlanta has experienced its strongest uptick in economic activity and population increases since the 1950’s and 1960’s. I’m concerned about what will happen to Auburn Avenue. Most of the current buildings and surface-level parking (eye roll) are in a state of disrepair.

It is my hope that Auburn Avenue future revitalization will follow the tenets of historic preservation, density and good urban planning. I’d like to see Auburn Avenue be hub for newer black businesses, nonprofits and tech organizations within Atlanta.

I think this area would benefit by becoming a 24-hour district that is capable of hosting a variety of businesses, restaurants, nightlife and office spaces. Recently two new Black-owned spaces have opened – For Keeps Books, a rare Black bookstore and Sweet Stack Creamery, a new late-night ice cream and donuts desert – both offering the high-quality types of businesses needed on Auburn Avenue. 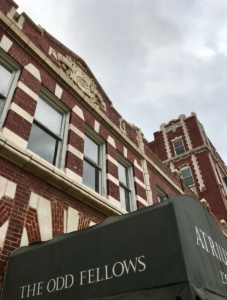 While these show promise, there still are concerns. When Georgia State University purchased the former headquarters of the Atlanta Life Building in 2012, little has been done to highlight the historic nature of the building.

There are currently efforts on how to revamp Auburn Ave taking place with organizations such as Sweet Auburn Works and the Historic District Development Corporation (HDDC). There is still much to be done and the current Tax Allocation District (TAD) funding was in a bit of a quandary as recently as last summer a debate on the Eastside TAD funds, to which Auburn Avenue was to be a recipient caused a bit of issues.

As that deal was tied into the then-underway Gulch deal, it caused issues  – which eventually resulted in changes to the Eastside TAD. 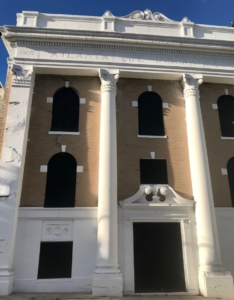 One of the many Atlanta Life Buildings on Auburn Avenue. This building will be potentially converted into a boutique hotel but no word on ownership.
Photo by Kelly Jordan

It’s in my hopes that this revitalization prioritizes, no-parking lots, density in buildings including mixed use affordable housing and types of buildings.

And lastly, most of the original historic  Atlanta Life buildings along Auburn Avenue remain vacant. Though there is talks of one of the buildings being opened as a boutique hotel but no details of who will own that particular building. Here’s to hoping its Black Owned and historic preservation minded.

We need to bring new life to Auburn Avenue – activities that contribute to the street’s historic contributions while fostering an inclusive new urban community.