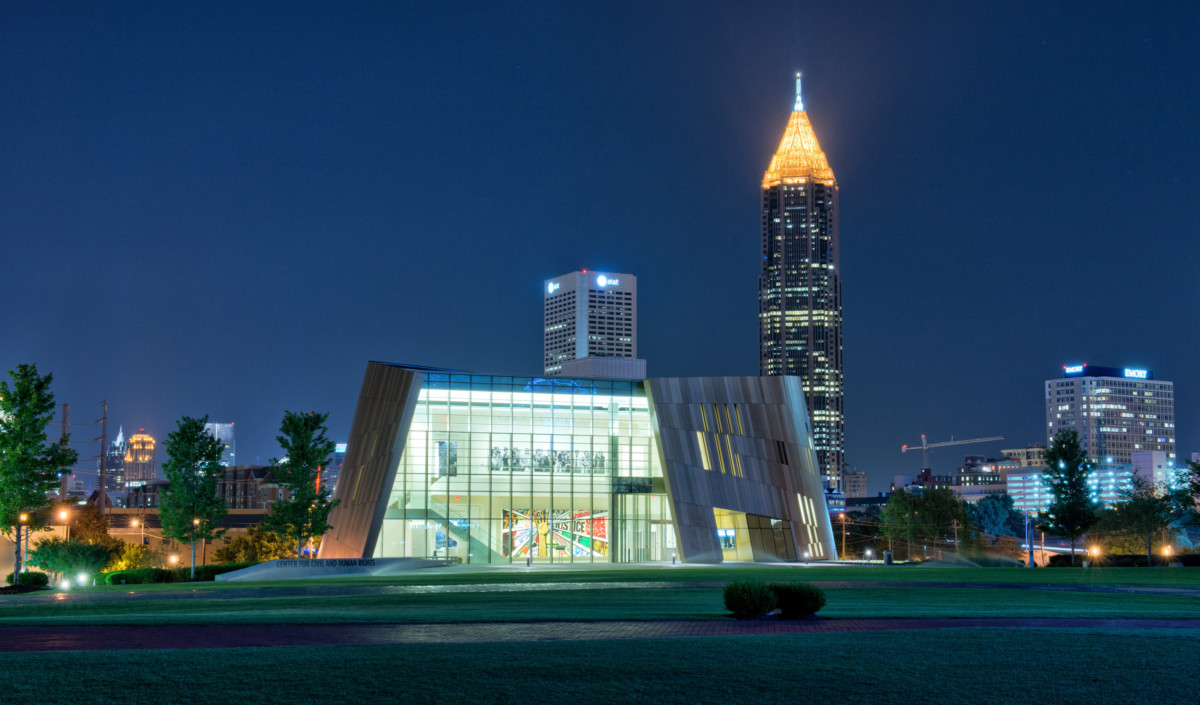 1-In this column, members of Georgia Humanities and their colleagues take turns discussing Georgia’s history and culture, and other topics that matter. Through different voices, we hear different stories.

A change is coming to our column. At the end of January I will retire from Georgia Humanities after 20 years of service as president, and thus “Jamil’s Georgia” will come to a close. 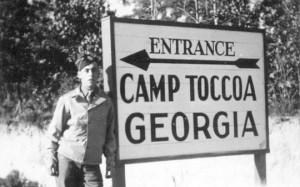 The men of Easy Company of the 506th Parachute Infantry Regiment (aka “Band of Brothers”) underwent intense training at Camp Toccoa in north Georgia.

My time with Georgia Humanities has given me strong memories. I have traveled across the state many times, and visited (it seems) almost every community. The depth of history on this land — including the time before the English settled the colony — is haunting. The rigors of the environment, the hard-scrabble living so many eked out, the periodic boom and busts of the business cycle that made and unmade so many, the great breadth of extremes that separated the fortunate from the least of these, the hundreds and doubtless thousands of small acts of heroism and generosity that marked daily life in small and large communities alike, the remarkable staying and sustaining power of diverse faith traditions — these are all interwoven in Georgia’s DNA down to the present day. To come into tangible contact with the stories, with the remembrances of others, is a great and lasting privilege.

And now to the stories, the work of our column. Georgia is a quite, quite large state (many states within one, it seems) with a long, long history (thousands of years, if we count those before the arrival of Europeans). The contemplation of all contained in that sentence is a never-ending resource for the curious. It is simply not accurate to describe Georgia by telling only one story.

The story of World War II’s Band of Brothers (“Currahee”) begins in Georgia, as does the sisterhood of The Color Purple. 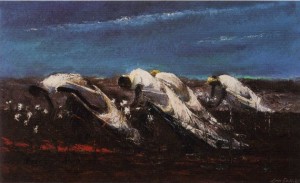 That “righteous dude” James Edward Oglethorpe, who helped found the colony of Georgia, is also the first civic and certainly visionary philanthropist of the New World (at least as I see it!).

The story of the cotton gin that brought great wealth and disaster to the South begins here. (The site of the gin’s modern creation, just a few miles outside of today’s Savannah, has been obliterated by neglect and nature — a telling if also ambiguous end to its founding story, no?)

Charles Lindbergh’s trip across the Atlantic begins, yes, in Georgia.

The NAACP as well as the 20th-century Ku Klux Klan have their origins in Georgia, ironically. On a clear day the respective sites, or “ground zero,” upon which the groups were founded are in sight of each other (downtown Atlanta’s Five Points intersection and Stone Mountain). 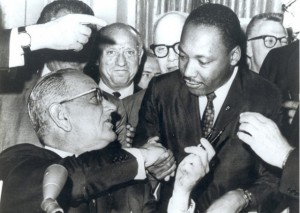 President Lyndon B. Johnson hands his pen to Martin Luther King Jr. after signing the Civil Rights Act of 1964

Georgia has inspired the stories of Lewis Grizzard and novelist Toni Morrison.

What can be said of Jimmy Carter, born in a tiny community in one of the state’s most rural of localities and whose reach around the world today is as great as any other living human being’s?

Savannah native Flannery O’Connor is read more today than ever, even getting a shout-out in the current film Three Billboards outside Ebbing, Missouri.

The Georgia story of the Wanderer slave ship symbolizes the darkness of a time and place that is almost unimaginable.

Dr. Martin Luther King Jr. and his good friend Lillian Smith, who lived in the mountains of north Georgia, are perhaps the alpha and omega of the living Civil Rights Movement.

The truth is that every place on the planet is an amazing place, if we look and listen and dig. Moments of great consequence as well as moments of passing happenstance are bundled in the stories of all humanity. It is that appreciation that led to our state’s development of the New Georgia Encyclopedia — a 21st-century digital creation and the first of its kind in the nation that has also supplied the foundation for all our work in the column.

How do we sort through these stories, and what are the criteria for selection and reportage from so vast an archive? Stories are temporal — until we find out our lives somehow depend upon them. Homer’s 5,000-year old Odyssey is more widely known and spoken of today than at any other time in its history. What could possibly be the explanation for that? Stories are living vessels that contain the things we need. Perhaps that’s all that can be said.

One thing that must be said, however, is that from the start, this column has been a team effort. It would not have existed without the board and staff of Georgia Humanities, who supported the time for research and writing of the column (a side hustle for the executive director of a nonprofit!), shared the stories with their networks, and occasionally contributed content. Special thanks goes to Kelly Caudle, vice president of communications for Georgia Humanities, who has edited and managed the column since 2013. So many of the stories and ideas explored in this space were inspired by Georgia Humanities programs; projects produced by our partners; conversations with colleagues and friends engaged in creative and historical work and in civic and community initiatives. We have learned together.

“Jamil’s Georgia” may be ending, but keep your eye on this space for more humanities stories about who we are as Georgians, and how we got here.