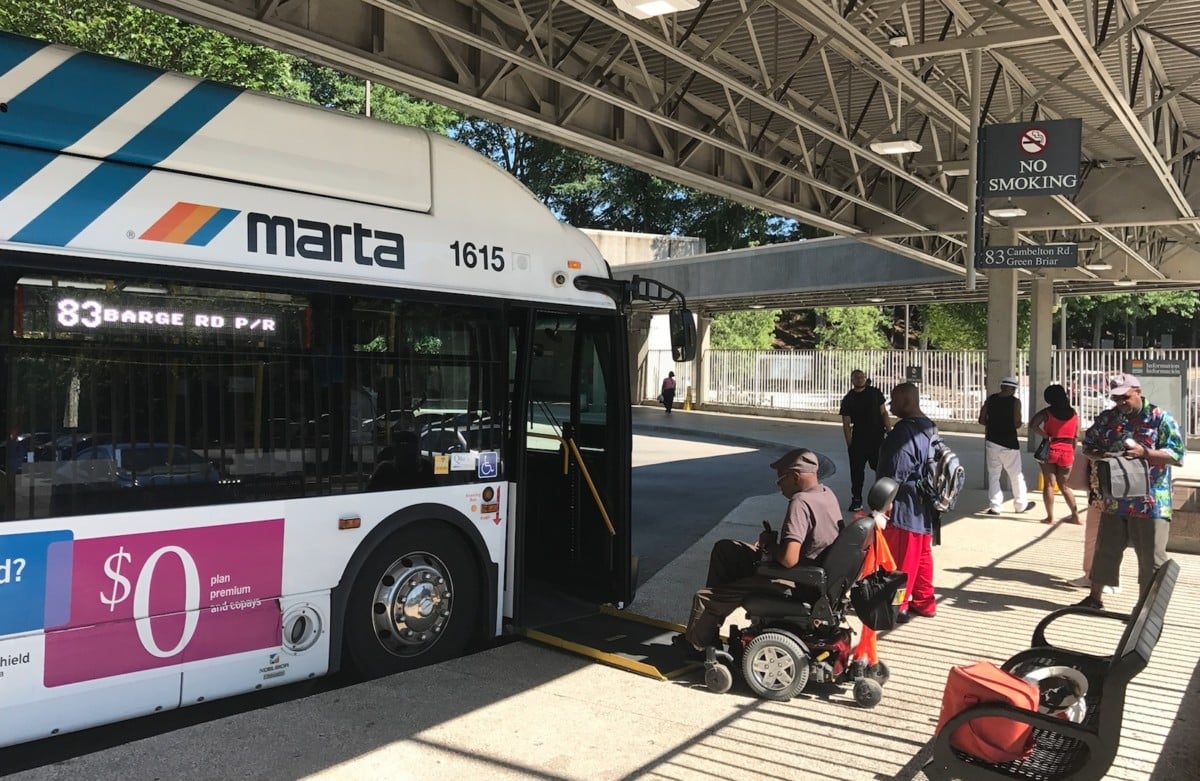 Atlanta’s first transportation corridor of the future is to be established in Southwest Atlanta along Campbellton Road by the city and MARTA. Naturally, a computer and the internet of things are at the heart of the effort. 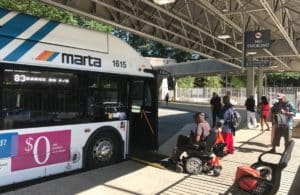 Futuristic traffic signals, now slated for installation, have the capacity to coordinate competing mobility demands of vehicles, bicyclists and pedestrians, according to Faye DiMassimo, general manager of the Renew Atlanta infrastructure bond program and the city’s sales-tax-funded projects.

These traffic signals already are being installed along North Avenue. City officials plan to cut the ribbon Sept. 16 on this “smart corridor” during an event that’s to include a demonstration of autonomous vehicles.

The North Avenue project, a pilot project, is just the beginning. Campbellton Road is the big challenge looming on the horizon.

That’s because MARTA has its sights set on the Campbellton Road corridor for a major service upgrade. 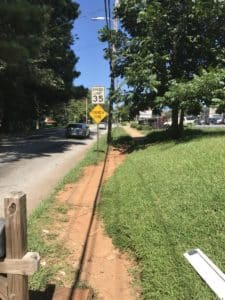 MARTA intends to install either a system where buses travel in their own dedicated lane, or expand the Atlanta Streetcar, which shares the road with other vehicles, according to Benjamin Limmer, MARTA’s assistant general manager for planning and development. That’s a lot of additional activity in what already is one of Atlanta’a busiest corridors.

Friday is the deadline for responses to MARTA’s request for proposals for help in planning the service expansion along Campbellton Road, and 11 other high capacity projects in Atlanta. The RFP notes that MARTA anticipates spending $2.5 billion in the coming 40 years to expand MARTA in the city of Atlanta. The source of funding is the 0.5 percent sales tax increase approved in 2016 by Atlanta voters.

Once the consultants are on board, they’re expected to take up to 18 months to deliver a recommendation that will be ready to submit to the Federal Transit Administration in a funding request, Limmer said.

Campbellton Road is a beehive of activity.

Starting at the northwest corner of Fort McPherson, it stretches west beyond Greenbriar Mall. Along the way it passes single family neighborhoods and numerous apartment complexes, home to transit-dependent residents. Ruts serve as walkways in the frequent areas where paved sidewalks don’t exist. Numerous plans have been floated to redevelop the area, including one that seems to have remained unopened since it was issued in 2006. 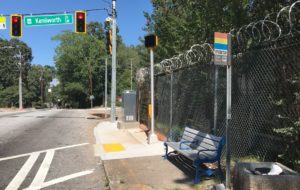 A MARTA bus stop on Campbellton Road, next to Fort McPherson, has no shelter and no sidewalk on this side of the road. Pedestrians must cross the road to reach a sidewalk. Credit: David Pendered

The futuristic traffic signals are able to process all vehicular movement, plus bicyclists and pedestrians, and enable each to share the space and travel safely at optimum speeds, DiMassimo said. Campbellton Road is just the type of area suited for the use of these signals, given Campbellton’s numerous intersections and plethora of pedestrians.

“The Campbellton corridor is one of our next smart corridors moving out, and will be our first smart multimodal corridor, with that very specific emphasis to look at how we can make sure the technology enhances the MARTA investment that is contemplated out there,” DiMassimo told the Atlanta City Council’s Transportation Committee on July 26.

The computers and IoT to be installed along Campbellton Road are built into traffic signals named Surtrac. These signals were designed by robotics professors at Carnegie Mellon University, in Pittsburgh, Pa. A philanthropist donated money to find ways to ease traffic congestion in that city. 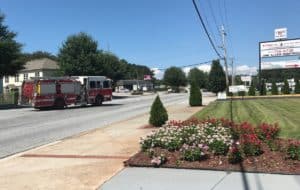 Segments of Campbellton Road offer landscaped property next to a sidewalks, including this portion near Therrell High School. Credit: David Pendered

The result was a traffic signal equipped with a computer and sensors. The computer monitors the sensors and parses the data by traffic theory to direct the traffic signal to switch between red and yellow based on real-time traffic conditions. Today’s typical “smart” traffic signals change colors based computer codes that were based on peak and off-peak travel times of the day.

The sensors within the traffic signals are so advanced they can hear a gun shot and triangulate the sound to pinpoint the place the shot was fired. The data available to police includes the caliber of the bullet, according to Atlanta’s chief information technology officer.

These traffic signals are connected via fiber to other traffic lights that are computer operated.

Major upgrades to the corridor already are in the works. Design is to begin in 2018 for the $18.2 million improvement, from Lee Street to the city limits. 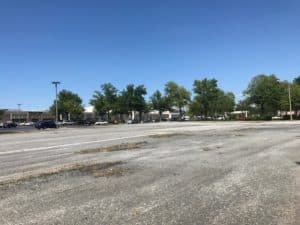 Empty parking spaces were in abundant supply at Greenbriar Mall on a recent weekend afternoon. Many area residents are transit dependent and take MARTA to large retail district anchored by the mall. Credit: David Pendered 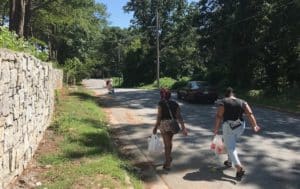 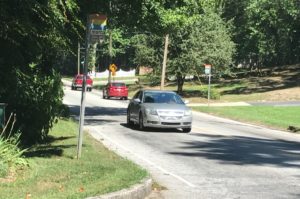 MARTA bus stops along Campbellton Road often don’t come with a shelter, and in many cases are not served by a sidewalk. Credit: David Pendered

Previous Article
Beyond statistics, the economy intersects with the state of our health
Next Article
“Grieving” for Plant Vogtle has begun. What now?