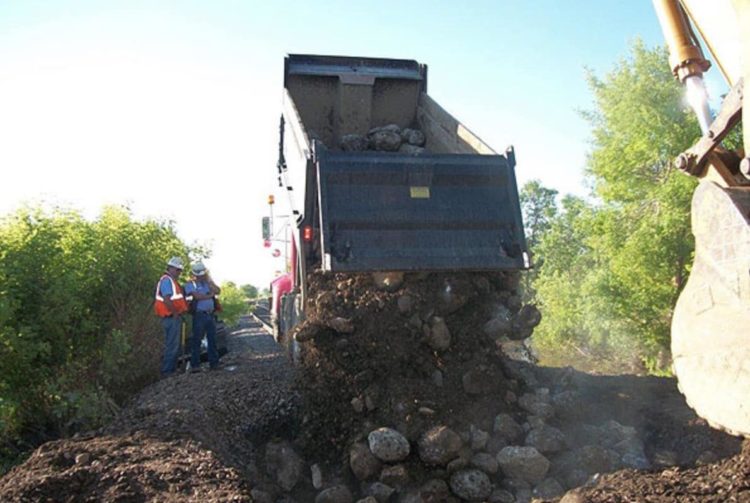 The hauling business for road construction in Georgia is dominated by disadvantaged businesses, according to a disparity report for GDOT. File/Credit: hulcher.com

Editor’s note: This is the second of two stories that examine a disparity report prepared for Georgia’s Department of Transportation. Part 1: GDOT awards pennies on the dollar to women- and minority-owned firms

Efforts to improve opportunities for disadvantaged businesses to get contracts from the Georgia Department of Transportation haven’t leveled the playing field, according to comments made at meetings held around the state in 2016. 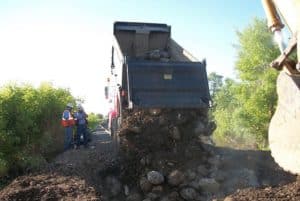 The hauling business for road construction in Georgia is dominated by disadvantaged businesses, according to a disparity report for GDOT. Credit: hulcher.com

The biggest winners were companies that haul things for road builders. Owners of professional service firms, such as engineers and contractors, feel they are closed out of the system.

GDOT hired a consultant to conduct a diversity study of the department’s federally mandated programs to direct business to companies owned by a woman or minority who works for the company everyday. The consultant reviewed spending from July 1, 2011 through June 30, 2014.

Kim King, director of GDOT’s equal employment opportunity program, is slated to present an update on the report Wednesday to the Equal Access Committee of GDOT’s board.

The consultant’s report included responses from these DBE and MWBEs that were gathered through interviews, focus groups and informational meetings. The meetings were conducted in several cities around the state. The identity of speakers was not released.

In Atlanta, a speaker identified as ATL-FG-5 said she has “done my due diligence” to work on state road projects. However, she said, she can find work only as a subcontractor because she can’t find out where contracts are being let. The report quotes her as saying:

Disadvantaged businesses dominate the hauling sector of Georgia’s road building industry, but owners of professional service firms have said they have little opportunity to win state contracts as prime or subcontractors, according to a report for GDOT. Credit: GDOT

One area where disadvantaged businesses over-perform is trucking and hauling.

Of note, the consultant reported, no subcontracts for hauling were awarded to the five firms owned by Asians or the two firms owned by Native Americans.

A speaker identified as PH-ATL-7 said she attends all the outreach programs in hopes of generating business. However, she said she sees the same pattern repeatedly: “all these primes have the same work [available for disadvantaged firms] … hauling, traffic control.”

At a public hearing in Atlanta, no majority owned company attended. The report observed that, “[t]his lack of attendance did not go unnoticed.”

A speaker identified as PH-ATL-4 contended that the absence of majority-owned firms showed their general disdain for GDOT’s federally mandated diversity program:

The issue of white women serving as fronts for companies to win designation as a disadvantaged business persists, several speakers contended at the public hearing in Atlanta.

A speaker identified as PH-ATL-8 observed:

“I don’t see White woman in the room … they’re not there. So I’m trying to understand how a Caucasian woman can get certified as a disadvantaged business, but you never see that person. Who is it?”