A consequence of the transportation funding bill approved in 2015 by the General Assembly has prompted archaeologists to present their opposition Monday at the Capitol to a measure they say would cripple historic research and preservation. 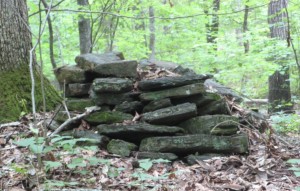 The Dacula mounds are among the remains that could be obliterated under provisions of pending statewide legislation, according to opponent of SB 346. Credit: patch.com

The issue boils down to the how the state is spending its new transportation dollars.

Georgia now is able to fund road construction projects without federal funding. This enables the state to avoid any need to comply with the National Environmental Policy Act as it builds roads.

Senate Bill 346 would waive any compliance with the state version of NEPA on any state-funded road project priced at less than $100 million. The Senate approved the measure and Monday at 2 p.m the House Transportation Committee’s Highways Regulations Subcommittee is to consider it. The bill is one of two on the agenda.

Opponents of SB 346 hope their supporters will provide responses to Senate Bill 346 before noon Monday. That will enable opponents of the bill to print copies and deliver them for the meeting.

Opponents of SB 346 describe the Georgia Environmental Policy Act as a “watered down” version of NEPA. As a result, new road projects in Georgia can be moved forward without much review of what may be just under the ground’s surface.

The bill has an interesting history.

Beach is known as an advocate of regional transit, and has spoken broadly of his support for a regional system.

Mullis co-sponsored SB 200 in 2009; it was an early step in the process of reorganizing transportation planning and spending in Georgia, a process that culminated in 2015 with passage of HB 170, which allocated more than $1 billion in state funds for transportation projects.

McMurry told the House Transportation Committee in February that the funding shift was occurring. He did not mention any consequences.

This funding scenario sets the stage for Georgia to build roads without complying with the spirit of the national NEPA program, whose website describes it as: