MARTA’s Kensington Station up for development, if zoning can be resolved 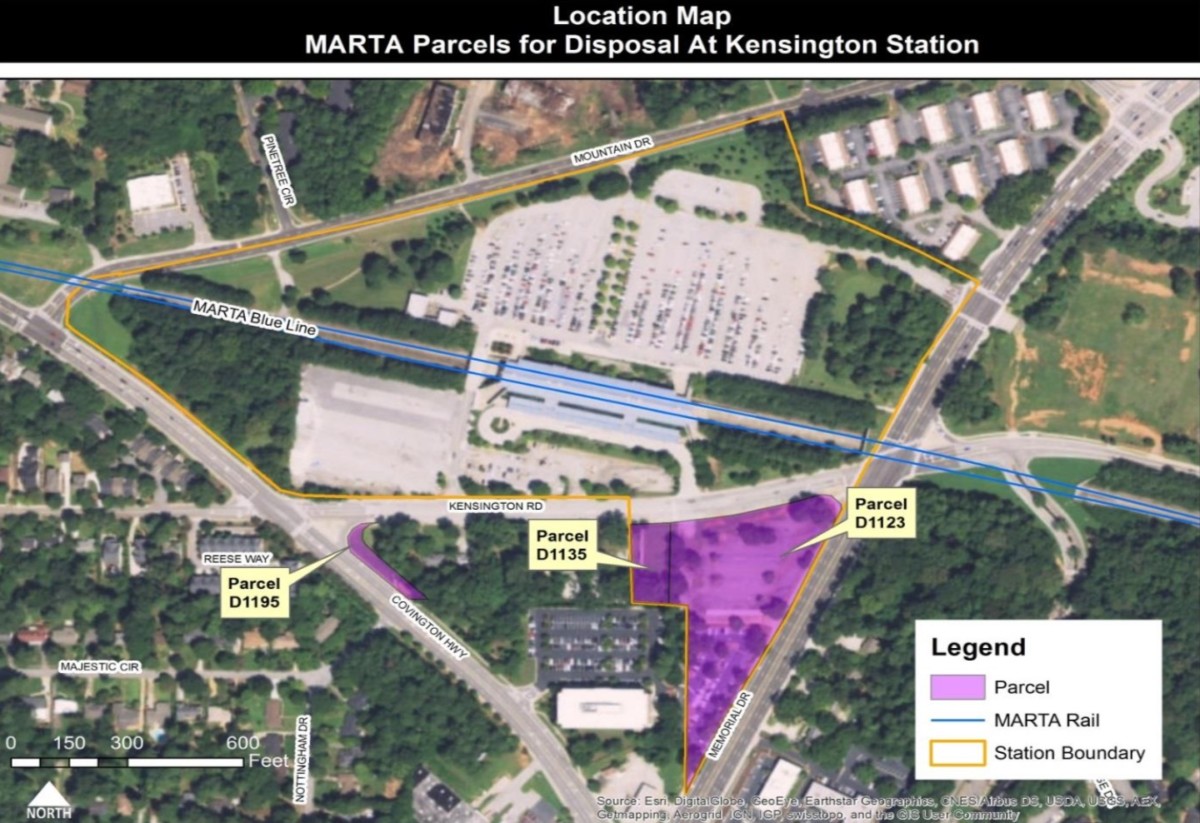 MARTA is seeking a developer to build a mixed use project, complete with affordable housing, at its Kensington Station, which is located in eastern DeKalb County between Avondale Estates and I-285. One potential stumbling block is the existing zoning of the property.

The site is zoned for any of an array of single and multi family structures – detached houses, townhouses, apartments, boarding houses, group personal homes and nursing homes, even adult and child day care centers.

The current zoning, which MARTA states is RM-75, does not allow for any office or retail uses, according to the pertinent section of DeKalb County’s zoning code.

The RM-75 zoning classification actually is an improvement over the most recent zoning for the site, in terms of MARTA’s development objectives.

MARTA released a report on the Kensington Station site in about 2012 that stated the site was zoned R-75. This classification allowed only detached houses to be built on parcels of at least 10,000 square feet – or about four houses per acre.

That would have allowed about 16 houses to be built on the Kensington Station site, which measures about 4.2 acres, according to a request for proposals MARTA released Sept. 24. The deadline for responses is Nov. 13.

The RFP outlines a number of aspirations MARTA’s board of directors adopted in 2010 for the system’s transit oriented developments, including the one planned at the Kensington Station. 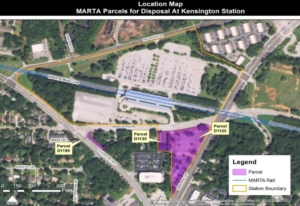 MARTA provided this aerial view of the two parcels in intends to sell for a planned transit oriented development. The two sites on the right are on the market and MARTA hopes the parcel to the left can benefit from the development a quarter-mile to the east, according to terms outlined in MARTA’s request for proposals. Credit: itsmarta.com

One goal is for the TOD to provide housing that’s affordable to those earning the salaries of schoolteachers. In addition, families are to have priority access to these affordable homes, according to terms of the RFP:

MARTA intends for the developer to purchase the site. It’s located at the southwest corner of the intersection of Memorial Drive and Kensington Road. The 4.2 acres is spread across two adjacent sites located south of the rail stations.

MARTA officials seem to have high hopes for this potential development.

The RFP notes that the Kensington Station is ranked as MARTA’s 12-busiest rail station. An average of 5,565 riders board at the station every weekday, according to the RFP. This level of ridership seems likely to support a fairly dense development adjacent to the station.

The RFP does not appear to provide specific details of the type of mixed use development MARTA envisions at the site. The RFP does note that the Atlanta Regional Commission completed in 2012 an update of a 2003 Livable Centers Initiative study that could inform any development proposals. 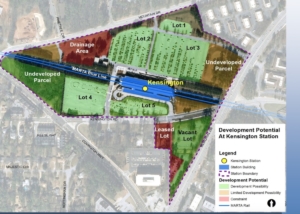 MARTA released this comprehensive view in about 2012 of potential development sites near its Kensington Station. Credit: itsmarta.com

Evidently, the LCI update led DeKalb County’s board of commissioners to up-zone the property to allow for denser residential development than had previously been allowed.

This may contribute to MARTA’s notation in the RFP that it does not intend for its transit oriented developments to restrict the use of cars and parking spaces for them.

The RFP notes that there is a place for car travel in TODs. However, not as many vehicles are to be accommodated in a TOD as in a traditional development. TODs simply require what MARTA describes as a “new approach to parking,” according to the RFP: