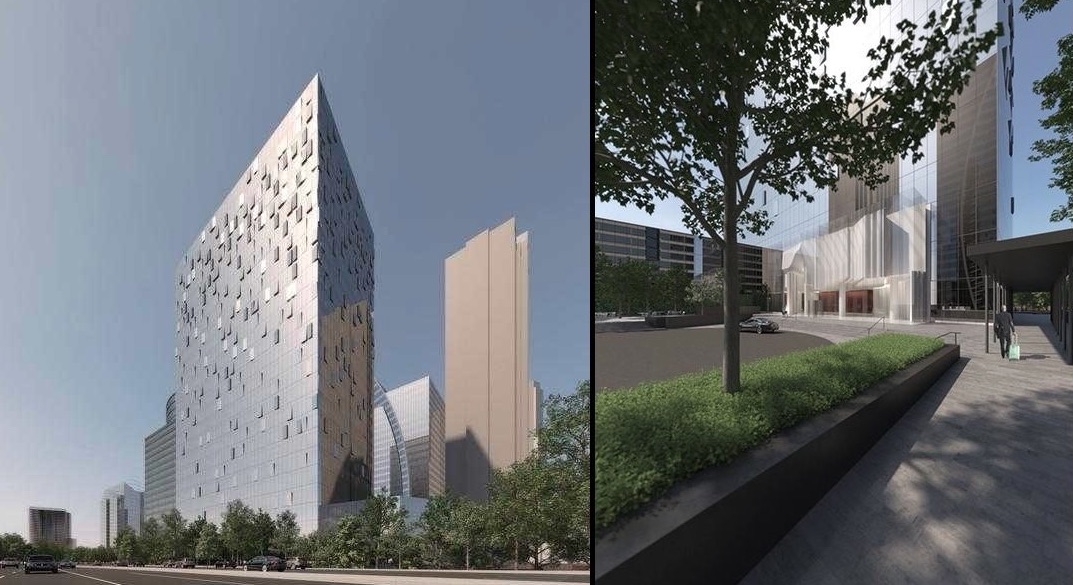 Three Alliance Center is expected to be LEED Gold or Platinum certified when it opens in 2016, providing a highly sustainable office building to the Buckhead market. Credit: tishmanspeyer.com

Metro Atlanta ranks fourth nationally on a green building adoption index, according to a new report by CBRE that also revealed a slump in the national growth rate of certification for sustainability or energy efficiency in office buildings. 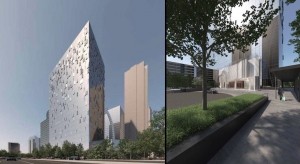 Three Alliance Center is expected to be LEED Gold or Platinum certified when it opens in 2016, providing a highly sustainable office building to the Buckhead market. Credit: tishmanspeyer.com

The report arrives about two months after the city of Atlanta enacted its first mandatory sustainability program for commercial buildings.

During debate over legislation proposed by Atlanta Mayor Kasim Reed’s administration, some in the industry said the free market was working just fine in prompting owners to improve sustainability. Atlanta officials concurred that some companies were leaders, and contended the rest needed policies from the government to improve their buildings’ sustainability.

The CBRE report observed across-the-board decreases in building certification nationwide, by a fraction or so of 1 percent. The authors presume that building owners have harvested all the low-hanging fruit. The remaining buildings present challenges to efforts to improve the efficiency of water and energy usage.

The report also touched on one policy that caused some concern in Atlanta’s new sustainability ordinance – benchmarking and disclosure. The report said future reports will examine the impact these two regulations have on certification.

Atlanta’s ordinance requires owners to collect the energy and water usage of their buildings, in a practice called benchmarking. This information is to be made public, through the ordinance’s disclosure component.

The report observes that the dip in certification doesn’t mean buildings are performing worse than before, and continues: 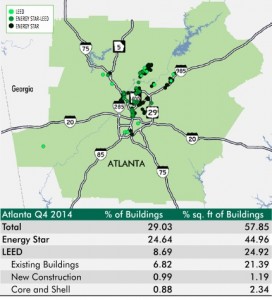 Most of metro Atlanta’s collection of green buildings is located north of I-20. Credit: CBRE

The U.S. office market has an estimated 12 billion square feet of office space, according to research released in 2010 by CoStar Group, Inc. and the University of San Diego.

The CBRE report noted the following certification rates in the top 30 markets it evaluated:

Metro Atlanta fairly glowed in the new report, which was initiated by CBRE, a commercial real estate management firm. CBRE worked in partnership with Maastricht University, a Netherlands-based institution with a real estate group; and Real Green Research Challenge, which CBRE formed and provided $1 million to conduct such research, according to the report. 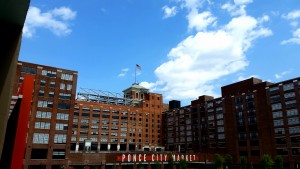 Ponce City Market is being renovated EED Core and Shell Silver certification, according to a report by CBRE. File/Credit: Beth Keller

The region was touted in two distinct observations – strong certification levels in existing buildings, and future buildings that are expected to be efficient.

In terms of existing buildings, the report’s authors observed: