COVID-19 is running into flu season and Georgia Gov. Brian Kemp held a call this week to hear from metro Atlanta hospital CEOs.

Fulton has lately nudged a “low warning” mark for having fewer than 15% of hospital beds vacant. But demand is much lower than it was this summer when the state set up a temporary COVID-19 ward at the Georgia World Congress Center.

The highest number of clusters of infection in the first week in November occurred in schools, long-term care facilities, correctional facilities and workplaces, according to the state.

Find flu shots at public health offices and most any pharmacy.

Dr. Calinda Lee, an award-winning curator, writer and educator, will join the National Center for Civil and Human Rights as its head of programs and exhibitions on Nov. 19. 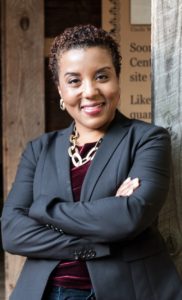 The new position will be focused on delivering all aspects of the Center’s mission to explore the fundamental rights of all human beings, inspiring and empowering people to use their reflections on the past to create equity and fairness in the present.

Lee has more than 25 years of experience in planning, developing, and implementing exhibitions and public programs for cultural and educational institutions, and is an award-winning curator, writer, and educator. After earning a bachelor’s degree from Spelman College, Dr. Lee went on to earn her master’s degree from New York University, and later earned both a master’s and PhD from Emory University.

In her new role, Lee will oversee the Center’s education, training, exhibitions, and programmatic initiatives teams. This work includes new areas such as the “Truth and Transformation” project to encourage racial healing through an honest understanding of America’s and Atlanta’s history. The training programs include an online Law Enforcement Human Rights training and online experiences for workplaces on diversity, equity, and inclusion.

“As the Center moves into its seventh year, we are thrilled that Calinda will guide our long- standing programs and exhibitions and shape our news ones,” said Jill Savitt, the Center’s president and CEO. “She brings a unique set of skills that will masterfully connect history to the moment our country is facing, historical expertise, creativity, and a commitment to community engagement.”

In a release, Lee said she is honored to work with a team with such a strong purpose.

“I have watched the Center’s development with great anticipation since well before its doors opened,” Lee said. “Its understanding of the museum as a place of education, inspiration – and, ultimately, as a catalyst for change – is visionary. It connects the dots between our past, our present, and the possibilities for a more perfect future.”

The 2020 Lettie Pate Whitehead Evans Award was given to Cynthia Day, CEO of Citizens Trust Bank on Wednesday evening at the virtual annual meeting of OnBoard, a nonprofit that advocates for more women on Georgia’s public company boards and executive suites. 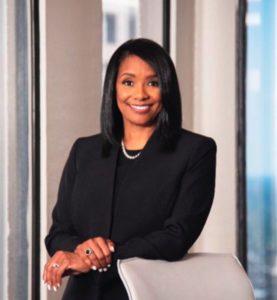 Day, who has been in banking and finance for nearly 30 years, serves on the board of Citizens Trust, Primerica and Aaron’s Inc., where she chairs the audit committee.

Ray Robinson, who chairs both the Citizens Trust and Aaron’s board, introduced Day at the meeting by crediting her with steering the bank through the 2008 financial crisis.

Upon accepting the award, Day said she was inspired by the legacy of Lettie Pate Whitehead Evans, one of the first women to serve as a director of a major corporation. She was appointed to the Coca-Cola Co. board in 1934 and held that position for nearly 20 years.

Day said Evans “paved the way” for women in corporate America, but she added that women should never stop working to pave new paths.

She also credited her 80-year-old mother, who was part of the Zoom meeting, for “being the best leadership coach that money can’t buy.”

Day closed her comments by quoting from Ralph Waldo Emerson: “Do not go where the path may lead. Go instead where there is no path and leave a trail.” 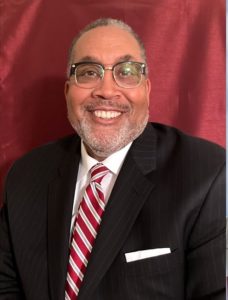 At the end of a nationwide search, Clark Atlanta University announced it has appointed Dr. G. Dale Wesson as new provost and senior vice president of academic affairs.

Wesson comes most recently from Virginia State University, where he was vice president for research and economic development and tenured full professor in the department of engineering and computer science.

“I am convinced his strong background in research, economic development, computer science and public service will help in preparing our students to be globally competitive,” said CAU President George T. French in a press release announcing the appointment.

Morris Brown College is getting serious consideration from the Transnational Association of Christian Colleges and Schools, a step toward the institution regaining full accreditation status and access to Title IV federal student aid funds.

TRACS has accepted Morris Brown’s accreditation application and is planning a campus visit in January, according to the school.

“Morris Brown has made tremendous progress within the last twenty months,” said Bishop Reginald T. Jackson, chairman of the Morris Brown Board of Trustees, in a press release announcing the TRACS attention. The school also raised more than $550,000 at this year’s homecoming, the largest homecoming fundraiser in 20 years, he said. The school had also already received a Georgia accreditation for the 2019-2020 and 2020-2021 school years.

In December 2002, the Southern Association of Colleges and Schools revoked Morris Brown’s accreditation due to debt and financial mismanagement.

The statewide runoff for a seat on Georgia’s utility regulation commission will be delayed from Dec. 1 to Jan. 5, so that it will coincide with runoffs for the U.S. Senate.
“This is an untenable situation for these men and women to try and run both of these elections,” Georgia Secretary of State Brad Raffensperger announced from the Georgia Capitol steps on Wednesday, surrounded by some dozen county election officials.

The only race affected is the Public Service Commission runoff between incumbent Republican Bubba McDonald and Democratic challenger Daniel Blackman.

The special election runoffs scheduled for Dec. 1 will still go on as scheduled, including metro Atlanta’s Congressional District 5 runoff and the state Senate District 39 runoff.