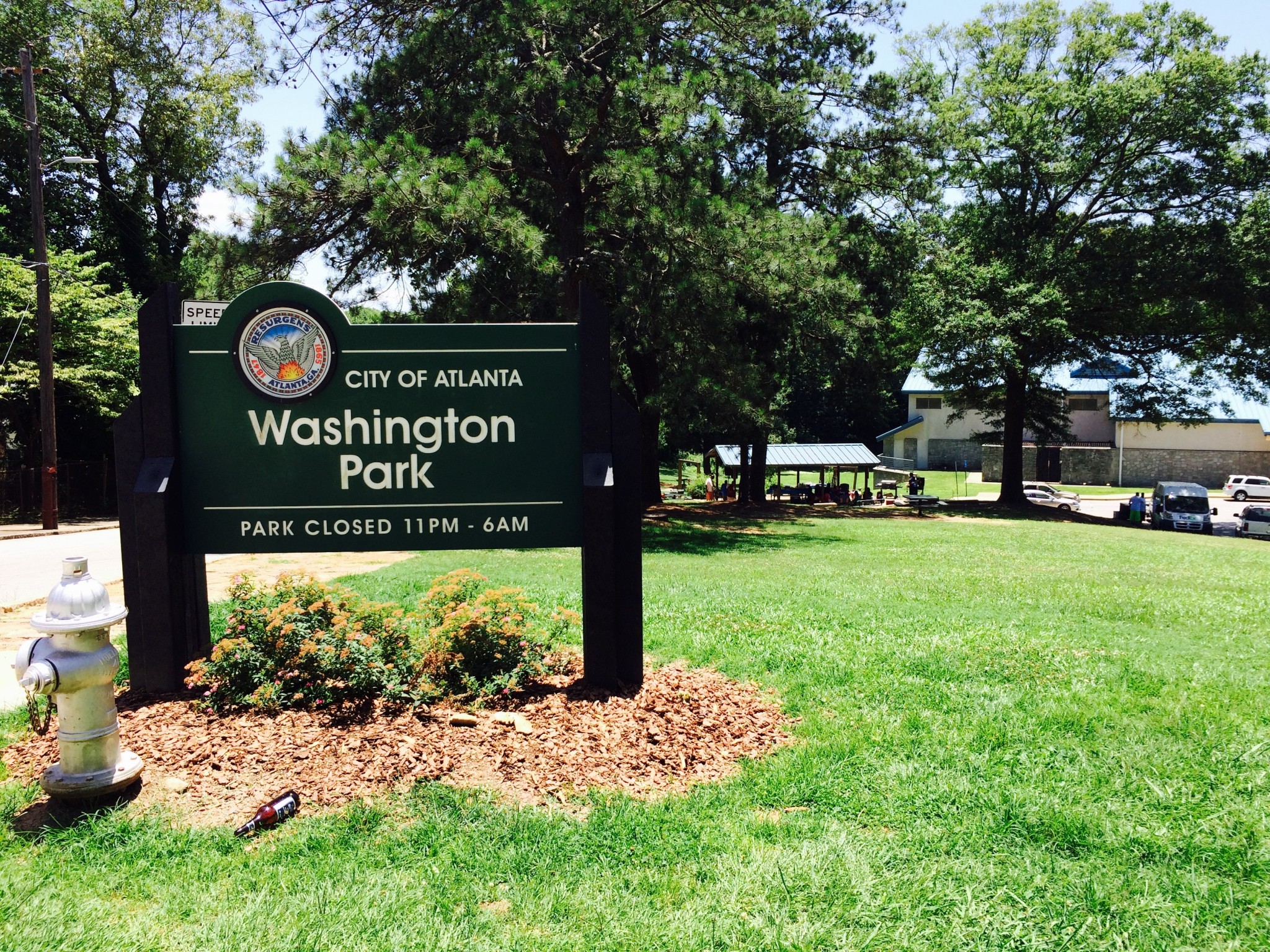 Friends gathered around a grill next to the pavilion down the hill from a Washington Park monument. Credit: David Pendered

A new visioning plan intends to guide the revitalization Atlanta’s first suburb developed for African Americans, a neighborhood where two thirds of residents who took a survey think the new Falcons stadium will have a negative impact on their community. 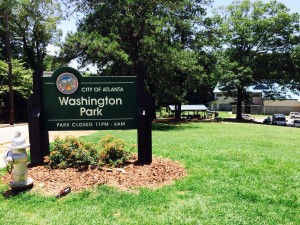 Friends gathered around a grill next to the pavilion down the hill from a Washington Park monument. Credit: David Pendered

The survey size was small – just 18 respondents. But it does represent a snapshot of the perspective of a group of people, nearly half of whom have lived in Washington Park more than 40 years and feel a strong connection to the place.

Twelve respondents said they expect the stadium will have a negative impact on Washington Park, located a mile west of the stadium. Twelve said they think the neighborhood will be a very different place in 10 years, and most think that’s a good thing. Blight and vacancy are the main concerns about current conditions.

Conversely, the Atlanta BeltLine is expected to have a positive impact on the neighborhood, according to eight of the 17 who answered that question during a community meeting last Oct. 21.

Of note, residents viewed the BeltLine as a threat during a presentation in Washington Park a decade ago. No poll was taken that night. However, many in the audience expressed concerns that real estate speculators would drive up property values, and the corresponding increase in property taxes would force longtime residents to leave their homes.

Washington Park is located on rolling wooded land and was developed between 1919 and 1924 by Heman Perry. Perry previously was a Texas farm hand who moved to Atlanta and created a business on Auburn Avenue that the plan says was the first million dollar, black-owned conglomerate. 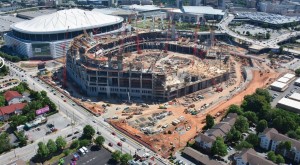 A visioning plan for Washington Park includes a survey that shows more than half the residents have anxiety that the new Falcons stadium will have a negative impact on their neighborhood. Credit: newstadium.atlantafalcons.com

Washington Park was developed in the same era as the Virginia Highland neighborhood. The architecture is similar, and both were developed along winding roads.

This is how the visioning plan characterizes Washington Park: 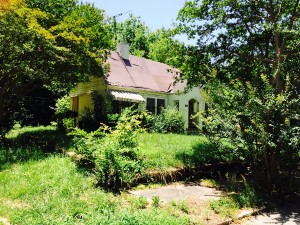 This fixer upper in Washington Park has tarps stretched over the roof and is in need of yard service. Credit: David Pendered

Time has taken its toll on Washington Park, as it has on surrounding neighborhoods. Housing values cratered as much as 47 percent during the past 14 years in these neighborhoods, and they have not rebounded, according to a report last year by Georgia Tech Professor Dan Immergluck.

Consequently, some homes are in need of repair. On Sunday afternoon, a fair number of homeowners were working in their yards and stacking yard debris in bag along the curb for pickup.

The Atlanta City Council is slated to adopt the plan Monday, and insert it into the city’s Comprehensive Development Plan. 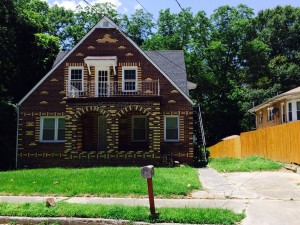 This traditional Washington Park bungalow is adjacent to a home with a modern design. Credit: David Pendered 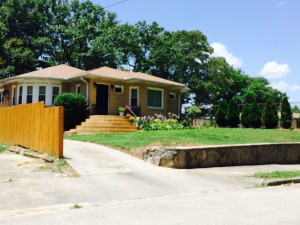 This modern home is adjacent to a traditional design in Washington Park. Credit: David Pendered