$100 million in transit funding, no clarity on who will divvy up the money 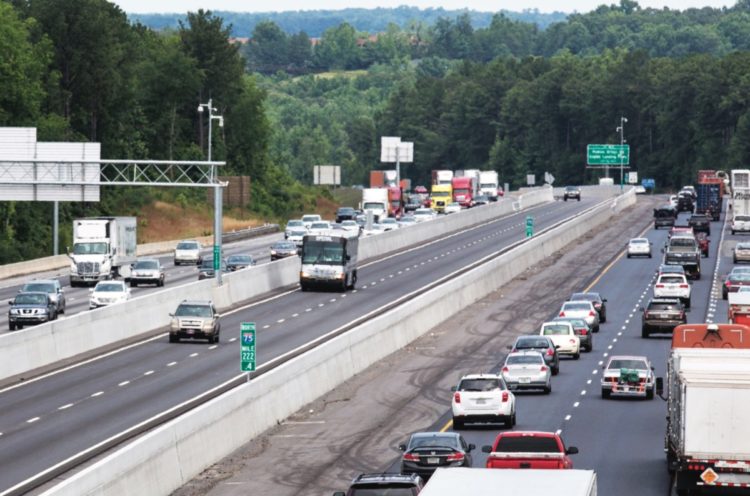 The $100 million in state funding for transit is to be distributed according to criteria established by the board that oversees the State Road and Tollway Authority. SRTA is responsible for managing the state's tollways and transportation financing. Credit: srta.ga.gov

The State Road and Tollway Authority is to distribute the $100 million in state funding for transit. It’s not clear who will serve on the SRTA board that will make the decision and, the last time SRTA divided transit money, nearly two-thirds of the money went to metro Atlanta. 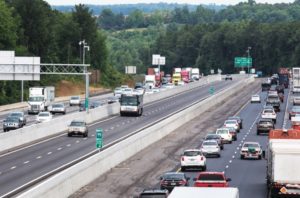 The $100 million in state funding for transit is to be distributed according to criteria established by the board that oversees the State Road and Tollway Authority. SRTA is responsible for managing the state’s tollways and transportation financing. Credit: srta.ga.gov

Gov. Nathan Deal chairs SRTA’s board by virtue of his office, and his term of office expires this year. The governor appoints another SRTA board member who serves by virtue of the office – the state’s CFO, who heads the Governor’s Office of Planning and Budget.

Two SRTA board members are appointed, one by the lieutenant governor and one by the House speaker. Lt. Gov. Casey Cagle is a candidate for governor in this year’s gubernatorial election. House Speaker David Ralston has qualified for re-election to the state House.

The fifth SRTA board member is the commissioner of the Georgia Department of Transportation. The DOT commissioner is appointed by the state transportation board. Its members are elected by members of the Legislature.

The $100 million will be available as early as July 1 because the sum is included in the state’s budget for Fiscal Year 2018, which begins July 1.

The legislation does not provide a timeline for distributing the money. The sum simply is authorized as 10-year bond in the state FY 2018 budget approved by the Legislature and delivered to the governor for his expected signature.

SRTA dates to 1953, when the Legislature created it to operate toll roads and manage transportation financing. In 2017, SRTA was consolidated with GRTA, the Georgia Regional Transportation Authority, which operates the Xpress bus service. The move was portrayed as a way to streamline the state’s transit programs. GRTA and SRTA retained their separate boards of directors.

The last time SRTA distributed transit funding was in 2016. The Legislature provided the funding in the budget that began July 1, 2015.

SRTA took until the June 22, 2016 to announce the recipients. SRTA would spend more than a year, from the time the spending was authorized until recipients were announced, devising criteria, according to comments by SRTA Executive Director Chris Tomlinson during the process.

That round consisted of $75 million in transit funding. Metro Atlanta received almost two thirds of the total appropriation – about $46.3 million for metro Atlanta compared to $28.7 million for transit needs throughout Georgia.

The money was distributed to the 11 entities: 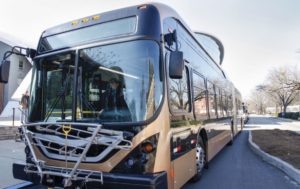 The University of Georgia purchased electric buses with its $10 million share of the state’s 2016 transit funding program. Credit: David Barnes via redandblack.com

Also of note, this is Deal’s second major effort to fund transit in Georgia.

Deal proposed $100 million for statewide transit improvements in his FY 2016 budget. The Legislature reduced the amount to $75 million, reportedly to use some of the $25 million for other projects and to eliminate a portion of it to reduce overall state debt.

This year, the governor announced a windfall that he allocated primarily to two programs: Full funding for the state’s K-12 education law, which has been partially funded since the Great Recession; and transit.

Deal observed of fiscal conditions that have changed since January:

Deal earmarked $166.7 million to fund K-12 education and $13.6 million to fund one or more payments for a new $100 million bond. The 10-year taxable bond is to fund “transit needs statewide,” according to the governor’s letter to the top budget writers in the House and Senate.