Impact fees on affordable housing could be waived under a statewide bill that’s endorsed by Atlanta and has been passed by the state Senate. Meantime, the potential state takeover of Atlanta’s airport is in a holding pattern, according to a presentation Wednesday by the city’s chief lobbyist. 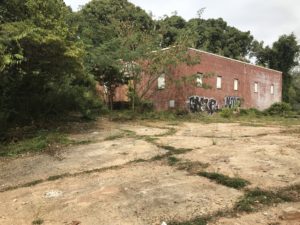 Impact fees on a development of affordable housing could be waived if the Legislature approves a plan endorsed by Atlanta. The plan could lower costs for a project the Atlanta Land Trust plans next to this structure on Tucker Avenue, in Atlanta’s Oakland City neighborhood. Credit: David Pendered

The affordable housing measure is backed by Senate leadership – the Senate pro tem and the chairs of two committees. All three have signed the legislation.

Such high-level support traditionally gives a proposal added heft during consideration in the other chamber. Another consequence of the support of leadership is the bill’s potential weight as a bargaining chip in consideration of unrelated legislation.

A sense of urgency surrounds the measure in Atlanta.

For starters, members of the Atlanta City Council have said they want to raise impact fees, which are one-time fees assessed on new developments to offset a development’s impact on transportation, police and fire, and parks. Fees haven’t been changed since 1993. The timeline for a review of the fee structure involves, “Updating the program” by July 2020, according to a plan released in November 2019 by Mayor Keisha Lance Bottoms’ administration.

In addition, Atlanta is in the midst of a broad-based effort to increase the number of residences affordable to those earning the salary of public school teachers. The latest example is the pending six-month development moratorium in the gold-rush neighborhoods around the future Westside Park at Bellwood Quarry; the cool-down period is to give the city time to consider measures regarding transportation and affordable housing in the area.

The current version of SB 322 provides an incentive for developers to build dwellings affordable to those earning the salary of a public school teacher.

The measure offers protections for other developers. Governments would be barred from raising impact fees on other projects to recoup the loss of income from developments of affordable housing on which impact fees were waived: 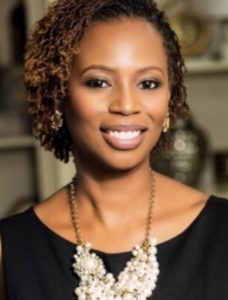 The city’s lobbyists are monitoring two bills related to a state takeover, or increased control of, the city’s airport, Fatimot Ladipo, Atlanta’s director of intergovernmental affairs, told the Finance Committee of the Atlanta City Council during her legislative update Wednesay. Ladipo did not elaborate on the posture of the bills – Senate Bill 131 and House Bill 447.

SB 131 has been passed by both chambers. Differences in the versions that were passed would have to be resolved before each chamber would have to vote again on the reconciled version of the bill.

The impact fees that could be waived if SB 322 becomes law are sizable. Here are the rates charged in Atlanta and in Sandy Springs: