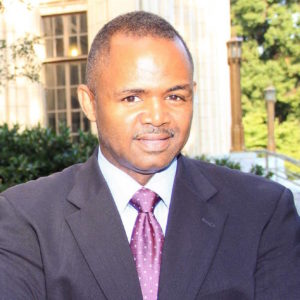 Bill Powell has worked in transportation project planning and management in several agencies and now works with governments as a federal project reviewer. The District 1 Atlanta City Council seat would be his first elected office. He spoke to the Saporta Report via email.

My apologies here, but there three major concerns. All interrelated issues: One, crime. Two: blighted/abandoned properties, and three, economic development.

Crime – I would propose a property tax waiver for police homeowners in District 1. Similar to the homestead exemption, the officers must reside in the home of the waiver and cannot own multiple homes.

Blighted property – I would propose a hefty tax rate of 10 times the neighborhood rate for abandoned/blighted homes and commercial property in District 1. I would create a file for each property along with photos and any police reports of criminal activity on the site.

Economic development – I would negotiate for tax perks with businesses that maintain a 20 percent full-time employment staff requirement. While new business is much needed in my District, there remains a need for quality employment even for businesses with “all part-time” employment. I recognize this as the most difficult of all three issues. I have negotiated a full funding agreement on behalf of the federal government, a process that took at least a year. I am confident I can make headway on this issue.

Q: What’s an accomplishment you’re proud of? It could be professional, personal, political, anything.

I have delivered more than $300 million in municipal projects to cities throughout the country. As former principal planner with the Atlanta Regional Commission, I delivered the 1996 Olympic General Aviation Plan. As a contractor, I coordinated NTD [National Transit Database] work for GDOT, as well as the development of the Regional Xpress bus service for GRTA.

Q: What’s an uncomfortable truth that the next council needs to face?

I believe the office of City Council representative should be a position for public service, not a public job. Council positions should provide a service contribution to improve city operations, and not create a retirement package.   My impression is that the idea of “term limits” is a lost concept for the majority of current Council members.

Q: What’s something this council has gotten right?

Art is a great benefit to urban environs. It nourishes and represents its citizens as a refined culture. I love the murals in this city. The presence of art I find to be refreshingly calming within what is sometimes a very hectic pace of city life.

As councilman, I would definitely continue art funding. However, the only possible available funding source for additional art development projects that I am aware would be the Parks and Recreation budget, possibly in combination with some charity drives. The Parks Department has submitted a recommendation for a millage increase within this year’s property tax assessment. I would explore this and other sources for future art appreciation funding efforts.

[googlemaps https://www.google.com/maps/d/embed?mid=14_yJ2nA5CX_ThBCzY3fgnhX0dPk&w=300&h=480 align=”right”]Q: What’s something this council has gotten wrong?

Financial planning. My recent solid waste annual tax bill now includes a 911 project fee. Local taxpayers should ask two questions: What does 911 service have to do with solid waste, and what amount of federal/state funds have been applied to this much-needed service improvement? The city of Atlanta has no idea how to apply for federal funds. The City Council only knows how to tack on fees, creates issues to raise millage rates, and release new bonds, future debt, to generate immediate revenues. It’s a very pathetic situation.

Think of the federal funding assistance this way. If an employer offers 401(k) matching funds up to a certain amount, and an employee fails to provide the initial funds for the employer matching offer, that employee is stepping over money left in the street. This is not a smart option for the employee. However, it is an option, one that mirrors the City Council’s approach to municipal project financing.

The City Council has a great deal of interest in bond referendums, tax increases, and services fees. All revenue fund sources which increase taxes and fees to residents and visitors. But, apparently very little interest in securing federal funds for municipal projects and service improvements.  Federal funds could offer 80 percent of the total costs for most capital projects. Special projects with environmental mitigating improvements could be as high as 90 percent of project cost, leaving 10 to 20 percent of the project costs to the local taxpayer.

The use of federal funds for municipal projects provides more local tax funds for other city efforts while leveling the tax burden to citizens. The omission of federal funds from the City’s financial plan would no longer be an acceptable method, in my own opinion, if I am elected to City Council.

Q: Why should people vote for you?

Our City Council often writes into every resolution and amendment some reference to another city, i.e. “similar to New York and Los Angeles,” when promoting major policy changes. Yet they seek to privatize every employment opportunity for our citizens “unlike New York and Los Angeles.” Outsourcing or privatization contracts should be for highly technical specialized skills like electrical engineering, actuary services, tunnel drilling, etc.

Positions like a school cafeteria worker or parking enforcement officer should not be outsourced to private contracts. Those contractors simply hire more employees than is necessary and assign work schedules of part-time employment to reduce employee benefits. An increase in profits for the contractor at much risk to the city’s labor force and overall community morale.  I believe this reduces employee pride in the work, often shows in the business, and simply one of the multiple jobs for that person.

As councilman, I would not agree that we should be outsourcing jobs that could be performed by our residents. I know we can do much better.