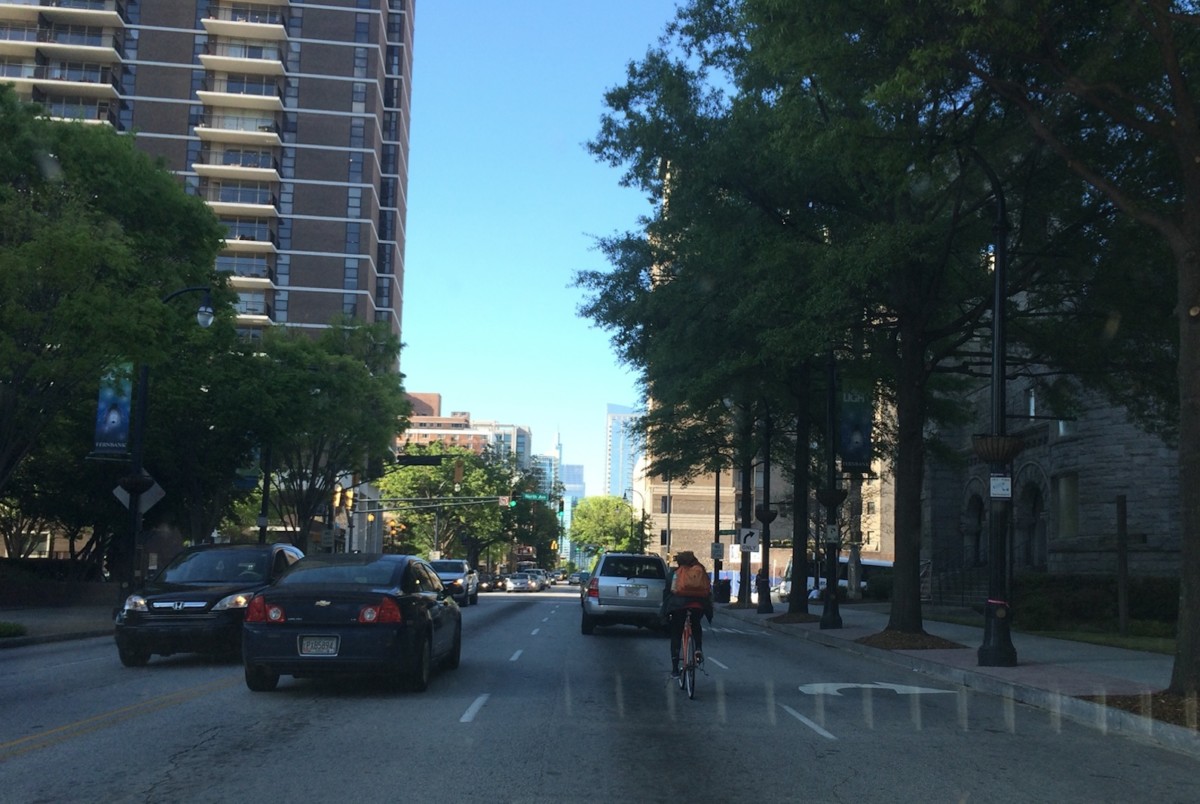 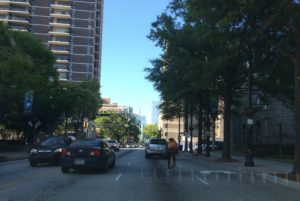 Atlanta city officials are considering asking voters to support a sales tax increase to improve mobility in Midtown and throughout the city. Credit: David Pendered

Mike Dobbins, a Georgia Tech professor and former Atlanta planning commissioner, contends the vote should be delayed until the city creates a comprehensive transportation plan.

Dobbins and Leighninger commented on Reed’s desire to put up to two transportation initiatives on the November ballot. Each initiative would propose to raise the sales tax by up to 0.5 percent. The Atlanta City Council has until June 30 to decide whether to call a referendum.

Some concepts Dobbins outlined in a white paper urging a 12-month delay are similar to those in Atlanta’s request for proposals for an update to its comprehensive transportation plan. The 2008 CTP has been updated periodically, including the inclusion of an updated bicycle plan last year.

As Dobbins wrote in his white paper: 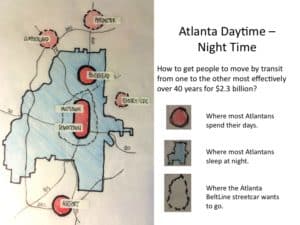 Dobbins’ paper notes that societal shifts should be considered in any major public initiative, such as the streetcar that’s being contemplated:

The streetcar plan is the foundation of the transit plan at the heart of the transit expansion that would be funded with the proposed sales tax hike.

Streetcars are not at the heart of the city’s transportation RFP.

The request for proposals says the contract is worth $1.25 million. The RFP notes that the comprehensive transportation plan will be conducted hand-in-hand with the Atlanta City Design process, which Atlanta BeltLine visionary Ryan Gravel has been retained to oversee.

The RFP does not specifically mention streetcars. 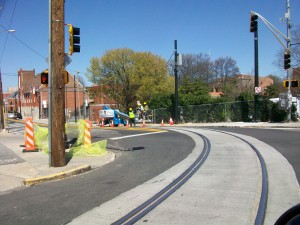 Here are some highlights of the scope of services in the city’s RFP, which seem to echo Dobbins’ comments:

Beyond the actual transit concept being considered, Atlanta’s entire approach is wanting for the way it engages citizens in the deliberation of a major public policy, Leighninger said.

The process Public Agenda advocates is a new way for citizens to interact with their government around major issues, such as budgets and transportation priorities. The goal is to create a system that enables government officials to hear and respond to concerns citizens bring forward during regular communications. The method appears to be somewhat akin to a 21st century version of Atlanta’s neighborhood planning units, without a 40-year-old structure that doesn’t always succeed in its mission. 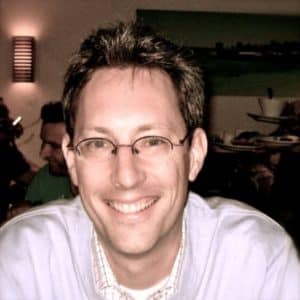 Leighninger said it doesn’t help that citizens are being recruited to provide input to a project that has been preordained – a streetcar system.

Nor are the political optics helped by the fact that the public meetings conclude after the state mandated deadline for MARTA to submit a preliminary project list to Atlanta. Citizens will be airing their views after the preliminary list is set. The final list isn’t due under state law until July 31, but the public perception will be that insiders cut the deal before the public was engaged, according to Leighninger.

Public Agenda was founded in 1975 by Vance and Daniel Yankelovich as a research and public engagement firm. The company’s briefing book on public confidence in government was used during the 1976 presidential campaign by both Carter and GOP nominee Gerald Ford, according to the company. 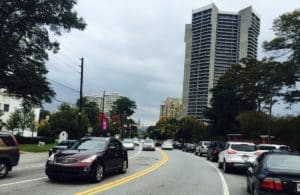 Atlanta drivers have learned that the inside lane of a six-lane road is reserved for vehicles that aim to turn left in a short distance. Credit: David Pendered

According to Leighninger, MARTA and Atlanta:

Previous Article
Look! Up in the sky…
Next Article
How Georgia influenced FDR