BeltLine playing catch up on affordability 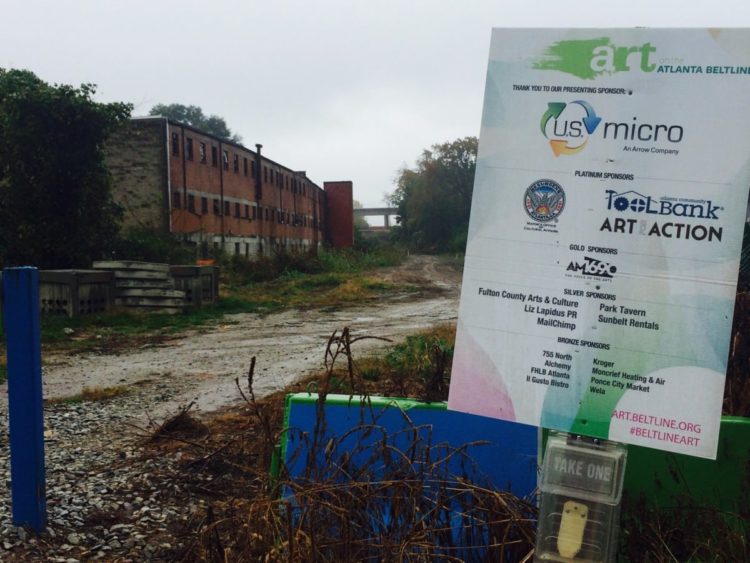 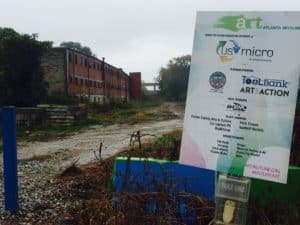 An undeveloped segment of the Atlanta BeltLine pictured in 2016. Credit/file: David Pendered

“It’s a qualified grade because we’re operating from a disadvantage given the [recession] impacts on the economy and the declining revenues that were expected to be available for the BeltLine to build affordable housing,” Morris said.

“So with that qualifier, I would say in terms of effort, I’d give us a C. In terms of total units for where we need to be by the end of the program, we’re probably at a D,” he said, speaking at BeltLine headquarters in Downtown’s Equitable Building.

Twelve years later, the BeltLine is about 14 percent there: about 785 units have been completed, according to numbers presented by Morris and staff to the Board of Directors. Some 342 further units have some financal commitment in place ahead of construction. At least 840 more units are “active:” the step before “commitment,” where there’s some official intent to build.

The BeltLine has not been able to raise as much bond money by this point as it had projected in 2006, Morris said.

Right now, according to a slide Morris presented, the BeltLine TAD investment for affordable housing comes from a portion of bond sales, but also land sales and set portions of property tax increments.

Board member Ernestine Garey, former COO of the city’s development agency, told fellow board members that it’s worth thinking about those portions.

“We know that based on what’s been happening with the real estate market over the last three years that properties along the BeltLine, the value of those properties will grow exponentially,” Garey said. 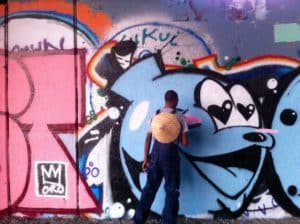 An artist at work on the BeltLine shown in a file photo from December 2016. Credit/file: Kelly Jordan

“I want us to be thinking proactively about what we can do to generate more dollars if in fact we’re not able to issue all the bonds that we anticipated at the very beginning,” she said.

Morris also said that the BeltLine and the city are looking into what it might cost to set up an anti-displacement tax fund modeled on one administered by the Westside Future Fund. The WFF is raising private money to pay rises in property tax bills for certain qualified residents in four westside neighborhoods. The point is to make sure that jumps in property taxes don’t push longtime residents out of their gentrifying neighborhoods.

A contractor for that study is set to be named soon.

The BeltLine has come in for some critiques in this year’s mayoral race for lack of equity — in things like green space, affordable housing and community benefits — even as there’s also public enthusiasm for it. Atlanta City Council President Ceasar Mitchell has compared it to Fury, a character from X-Men movies, for its incredible constructive powers and incredible destructive powers. One of his predecessors, Cathy Woolard, has said that part of why she got into the mayor’s race this year is a concern that the city hasn’t taken the opportunity to use city-owned land to build affordable housing and other amenities along the BeltLine.

Last month, in response to a question about affordable housing on the BeltLine from an attendee at a speech at the Atlanta Commerce Club, Mayor Kasim Reed said that “You’ve got to have a leader of the BeltLine that is committed to affordability as a first thought and not an after-thought.”

Asked later if his comments meant a lack of confidence in BeltLine leadership, Reed said that his comments stand on their own.

Morris, speaking after the Wednesday meeting, said he agrees with the mayor’s comment.

“I’ve been that leader,” Morris said. “I think that’s what [Reed] wants everyone to hear, that that’s the priority.”