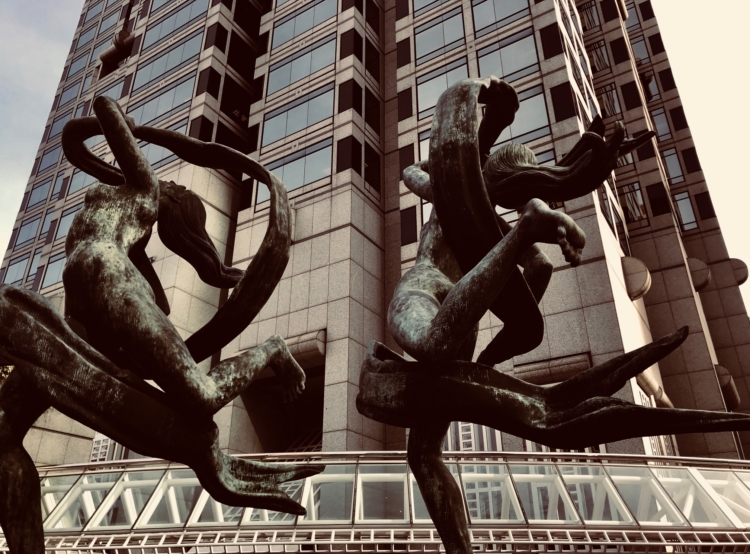 A significant vote on part of the sweeping proposal to “revolutionize the way we move through Downtown Atlanta” into 2030 is on the agenda Monday, and the Atlanta City Council is slated to approve this step in a plan fostered by the group of influential business leaders, Central Atlanta Progress. 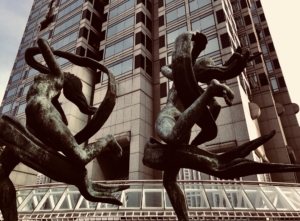 Ballet Olympia is an iconic sculpture in Downtown Atlanta and is located at SunTrust Plaza, at the intersection of Baker and Peachtree streets. Credit: Kelly Jordan

The proposal is to convert a half-mile of Baker Street from a one-way street to a two-way street. The conversion, priced at $2.7 million, would affect the section of road that runs east-west between Centennial Olympic Park and Piedmont Avenue. It’s cited in the city’s comprehensive Connect Atlanta Plan, according to the legislation.

This proposed conversion is part of CAP’s plan to reorganize the movement of vehicles and pedestrians in the city’s central business district. In addition to other proposals, the plan calls for converting a total of 6.7 miles of Downtown streets from one-way to two-way roads, including the 0.57 segment of Baker Street to be considered Monday.

The transportation plan has notable backers.

The Downtown Atlanta Transportation Plan was sponsored by CAP and its affiliate, the Atlanta Downtown Improvement District, which is funded by commercial property owners; Atlanta Regional Commission; and Georgia Department of Transportation. The plan was released in May 2018.

The plan envisions some eye-popping growth projections to establish its call to retool movement in an area that covers 3.6 square miles. The boundaries are North Avenue, Boulevard, I-20 and Northside Drive.

An expected boom of residential construction is forecast, along with an increase in the number of Downtown residents that’s noted as an “aggressive” trajectory: 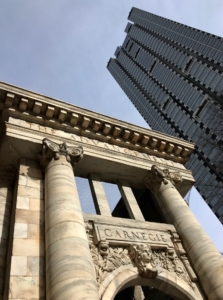 The Carnegie Monument pays tribute to higher education and was built with stone from Atlanta’s Carnegie Library, which was demolished to make way for a new Downtown library. The monument is located near the intersection of Baker and Peachtree streets. Credit: Kelly Jordan

The report notes that employment in the central business district isn’t expected to grow as dramatically as the population. Nevertheless, the report observes, “employment will continue to be a major driver in the viability of Downtown….”

The proposal to convert Baker Street to two-ways has generated considerable discussion among interested parties – affected hotels and businesses, PEDS, residents, for-hire drivers. The level of debate prompted the council’s Transportation Committee to consider the plan at two separate meetings.

Ultimately, the plan won unanimous approval at the committee’s June 26 meeting. It’s listed in the stack of legislation the council is slated to approve en masse at its Monday meeting. The council has the ability to remove it from the consent agenda and vote on it separately.

Details of the project cited in CAP’s 2018 Transportation Plan include: