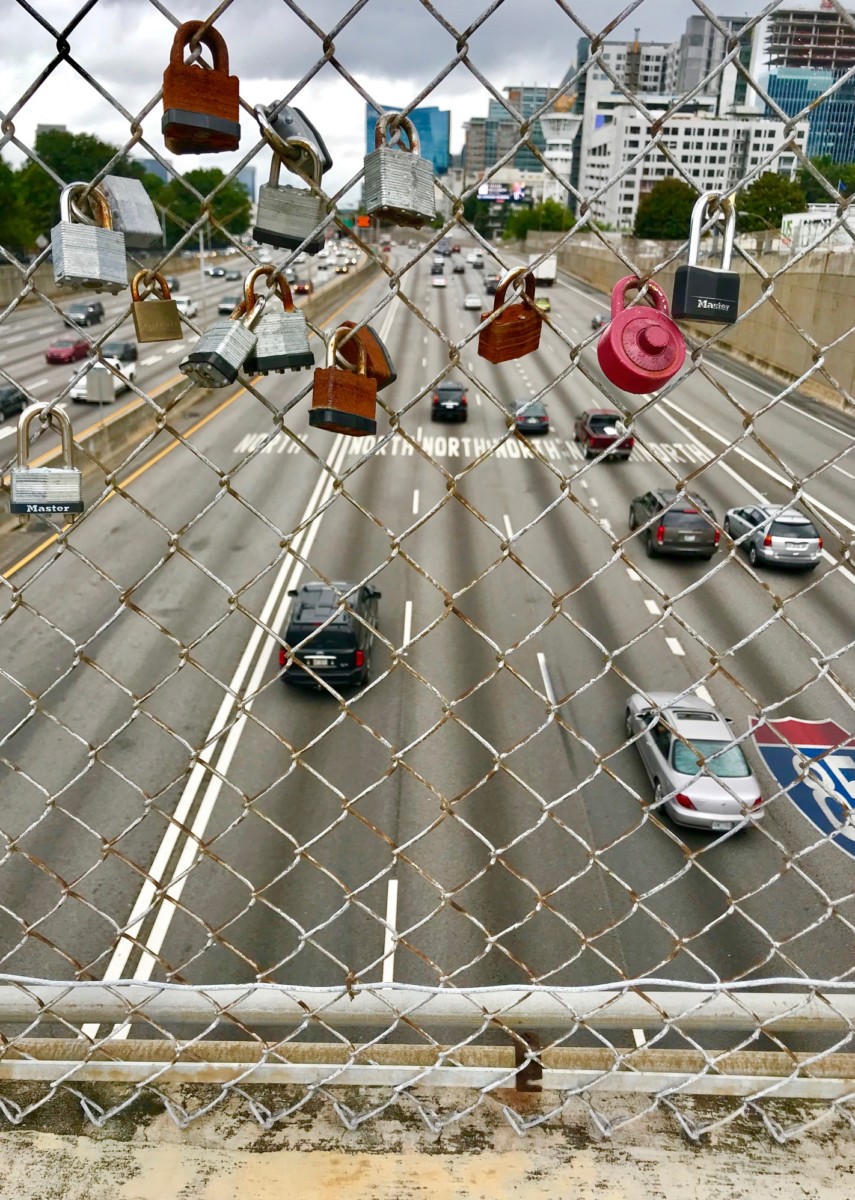 What started as an initial tweet on my Twitter timeline concerning freeway removals has led to a great online conversation on what to do concerning our highways. 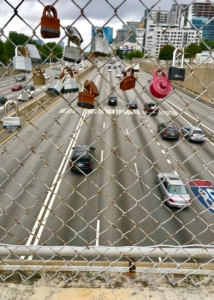 The city and state are willing to spend money when they want to. Unfortunately most of it is with people who have antiquated notions of planning or plans that have no foresight.

It’s time we start looking to remove and revamp our highways.

The Atlanta region is projected to gain more than 2.5 million residents within the next 20 years, and our current mode of development isn’t factoring in the future.

We can’t meet the needs of the future sixth largest metro area in the United States by expanding or building more roads and highways. It will come through better planning that focuses on interconnectedness, transit and density.

Our current roads, retail and residences are being built with the 1950’s mentality of car-centered development and suburban placemaking. This highway move removal movement has taken place so far in cities throughout Europe.

But American cities such as Portland’s Harbor Drive project in the 1970’s, San Francisco’s removal of the Embarcadero Freeway in the early 1990’s, Boston’s removal of its downtown Central Artery and Dallas’s Kylde Warren Park, a $76 million dollar park developed on top of an existing freeway and that has now generated over $1 billion dollars in economic development.

We are facing the future of Atlanta our roads and highways have reached the point of diminished returns. For every new road or highway we build, we won’t solve traffic congestion, address a population boom or grow economic activity, so let’s try a radical idea…

Freedom Parkway/Freedom Park
Copenhill Park, an original streetcar suburb in Atlanta of the 1800’s, was a neighborhood in the area we now refer to as Freedom Parkway. 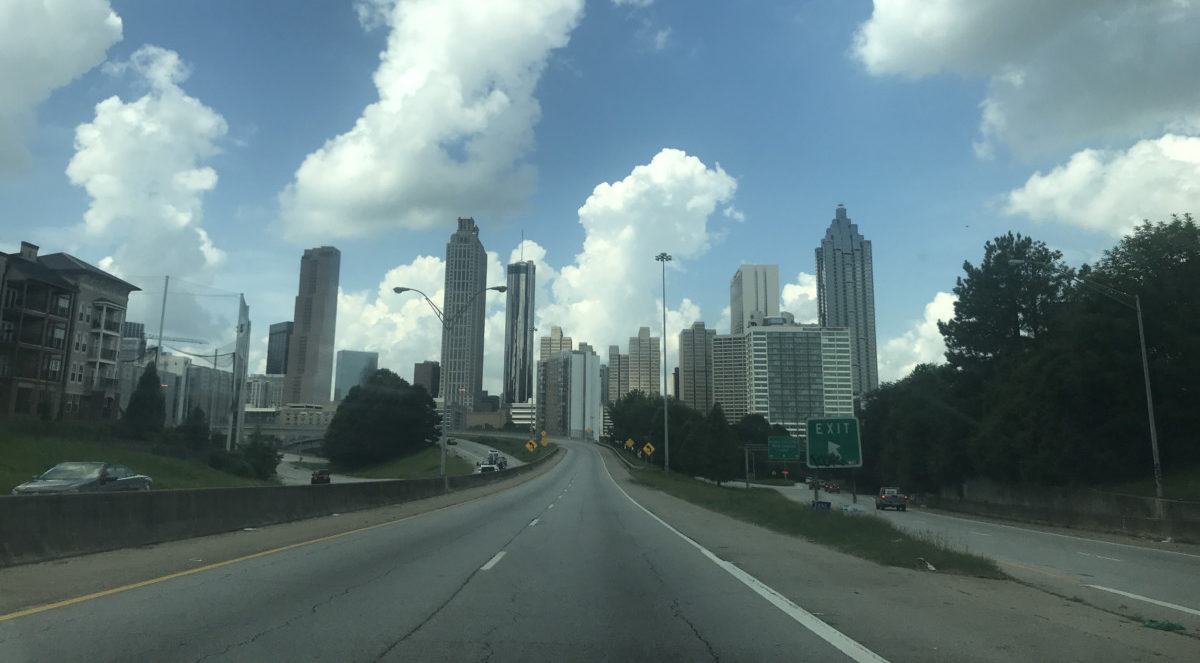 Freedom Parkway evolved out of the highway destruction era of Atlanta in the 1950’s and 60’s. The project was a part of the once-proposed I-485 highway and the Stone Mountain Tollway projects – crisscrossing thoroughfares that would have slashed through Morningside and Virginia-Highland as well as the communities from downtown Atlanta to Stone Mountain.

The highway projects met tremendous opposition, and they were ultimately abandoned after years of coordinated neighborhood opposition and the leadership of newly-elected Mayor Maynard Jackson in 1973.

The right-of-way for the projects, however, had already been acquired before the projects were stopped, and roughly 500 homes were destroyed.

In order to make a more efficient use of space, I propose we close all of Freedom Parkway to cars and open the space to the public.

Due to its connection to the Beltline, Ponce City Market and Ponce De Leon Avenue, the entire Freedom Parkway corridor represents an entirely new placemaking opportunity.

The Freedom Parkway closure could represent a connection point for both affordable housing, park space and new business development within in-town Atlanta.

This is in addition to a $250m+ Madison Yards retail development and tour de force of parking lots from Fuqua Development. This area also will potentially feature the future home of for Atlanta arts organization WonderRoot’s, new renovated elementary school along that same corridor.

This section also connects to the Southeast corridor of the Beltline, and there are currently several large-scale apartment complexes and condos already being built along that corridor of Bill Kennedy Way to Boulevard along Memorial Drive.

It would be ideal to connect all of the current amenities in the area with a new variety of walkable storefront businesses, office spaces and multi-family homes along that corridor.

The Stitch
The purposeful building of our highways of I-75/85 and I-20 purposely uprooted black business and residential areas in Atlanta preventing the city from reaching its fullest economic potential. Currently, there is a plan being proposed by Central Atlanta Progress (CAP) to cap the section of the Downtown Connector from the Civic Center MARTA station to Piedmont Avenue.

This park would be a game changer for the expansion of downtown, and it also would serve as a way to make amends for what happened to Auburn Avenue when the highway came through.

This development of the highway system in the 1950’s and 1960s crippled Atlanta’s black economic base for decades, and I’d like to see a real commitment to providing business opportunities to minority firms in any future project.

Using former Mayor Jackson’s stipulation to have at least 25 percent minority participation in the building of the Atlanta airport, I’d like to see similar participation in the Stitch project.
Even though it would be an expensive proposition, I would propose that we consider building highway caps from the Civic Center MARTA station all the way to 17th Street and Atlantic Station.

The upper Downtown-Midtown corridor is our fastest value creating district in Atlanta and we should be looking at how much more economic growth could be created from having new land in the heart of Atlanta.

Georgia 400
There has been a proposal for a few years about developing an above ground park over Georgia 400 in Buckhead.

The current renderings of this project show that most of the park space would not cover the full highway, which seems like a missed opportunity. It appears the proposed park above Georgia 400 does not have enough connections to the retail and residential units already in Buckhead.

Many cities around the world are reclaiming highways, and Atlanta should be a leader in this space.

As we look to the future, we should be considering car-free and car-optional developments to accommodate new residents and businesses
I believe a good place to start is to reclaim the spaces taken up by our highways.

So if you have better ideas on what to do with revamping our highways let me know.

Previous Article
Solar ready homes could be Atlanta’s next step toward 100 percent clean, renewable energy
Next Article
Planning for the W&A