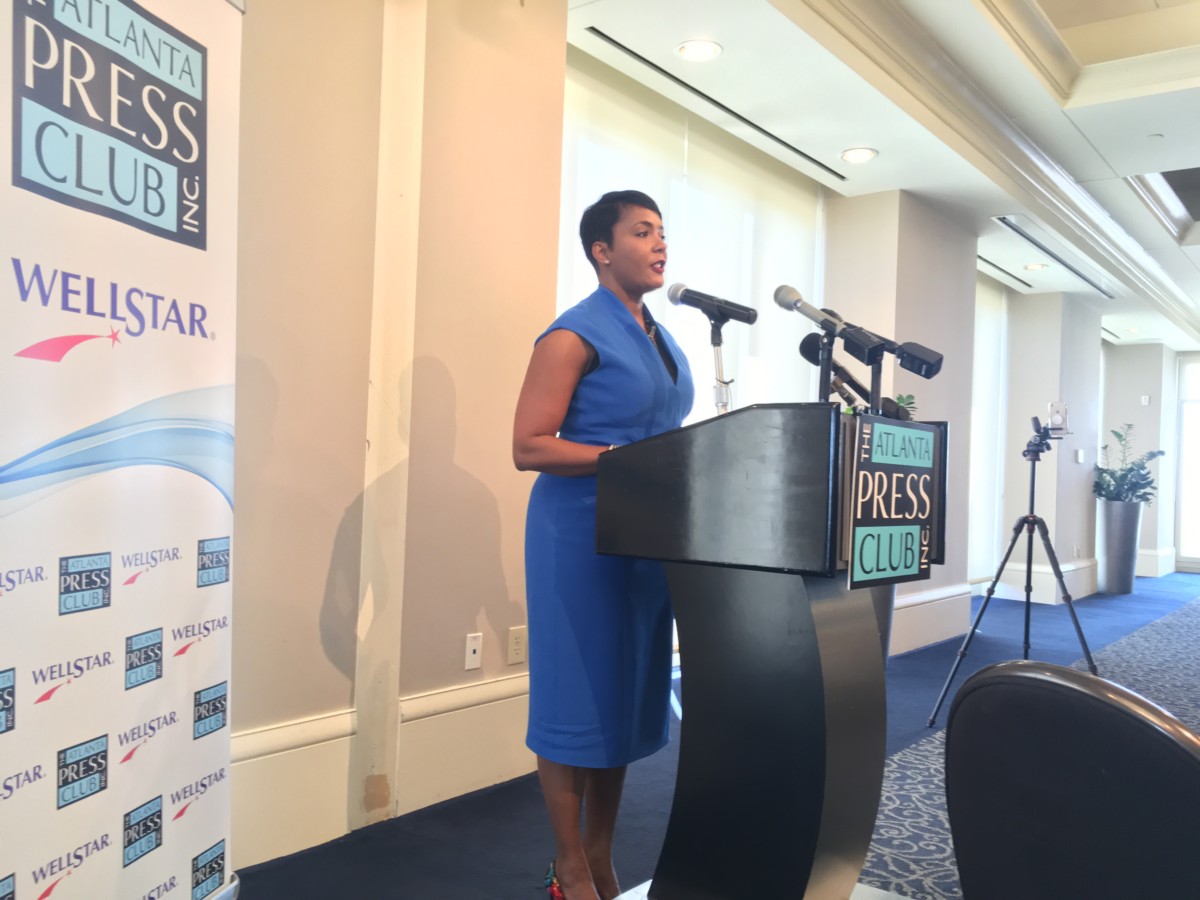 Atlanta Mayor Keisha Lance Bottoms, speaking Wednesday at the Atlanta Press Club, said it's a new day in the city of Atlanta. News had just broken that City Hall had been served with subpoenas for information in a bribery scandal dating to the previous administration. Credit: Maggie Lee

The mayor of Atlanta expects more demands for City Hall documents, as a federal investigation of bribery dating from the previous administration continues.

“I don’t anticipate that this will be the last subpoena we will receive,” said Mayor Keisha Lance Bottoms on Wednesday. 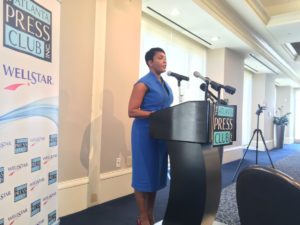 Atlanta Mayor Keisha Lance Bottoms, speaking Wednesday at the Atlanta Press Club, said it’s a new day in the city of Atlanta. News had just broken that City Hall had been served with subpoenas for information in a bribery scandal dating to the previous administration. Credit: Maggie Lee

She was speaking and taking questions at a scheduled event the day after the AJC reported that a grand jury has demanded city records related to former Mayor Kasim Reed’s spending in office, to his brother Tracy, to Invest Atlanta boss Eloisa Klementich and to Mitzi Bickers, a political operative and Reed’s onetime director of human services. According to the AJC, that April 3 subpoena as well as another from April 6 asks for information on his Deputy Chief of Staff Katrina Parks Taylor.

Bottoms said the city doesn’t know what direction the investigation is going — if it’s about something specific or more broad.

Taylor is out on family medical leave and had started filling out paperwork for that leave on April 2, said Bottoms, adding that the city received the subpoena on April 3 or 4.

Bottoms said she’s asked for direction from the U.S. Attorney’s office and hasn’t been led to believe there’s anything more specific she can do right now other than make sure that the city complies with the document requests.

“So like you all, I’m watching the investigation and watching to see where it leads,” she said.

Many of her top staff were Reed’s hires. Bottoms has said she’s reviewing cabinet jobs.

But the mayor had opened her remarks with a theme: it’s a new day.

“It’s a new day, not as an indictment against any one or any one thing, but a new day because it’s a new administration,” she told perhaps 200 people gathered at a lunch hosted by the Atlanta Press Club.

“What I quickly saw is it’s out of balance,” Bottoms said.

Bottoms said over the next 100 days she will continue to push her own initiatives. (So far, that’s included things like an anti-blight campaign, a land purchase for the BeltLine, and signing an ordinance that eliminates some cash bond requirements.)

She said it will be important to respond to the news of the day, but said if the city’s going to move forward, it needs to recognize that it’s a new day.

“There is still important work to be done and for us to make that a reality, we have to look forward and not behind us,” Bottoms said.

A full video of her remarks is on the Atlanta Press Club’s Facebook page.